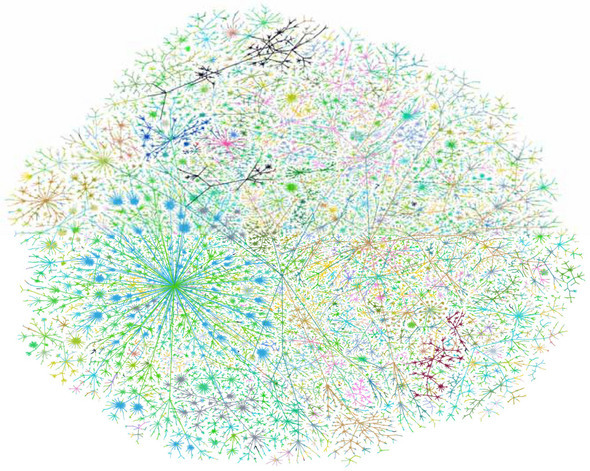 The chatter on the Internet tells us the heartbeat of our nation. It decides what will be discussed at lunch at  the Shang by the self appointed  gate keepers of those in the corridors of powers in Putrajaya as they wheel and deal for their next lucrative payday. Those having their Fish Head curry at Jalan Yap Kwan Seng will concentrate on their Fish Head curry first but you can be assured that between the noisy sucking of the fish bones and the crunching of the fried chicken you will hear snippets of the latest from the blogs that abounds on the Internet.

It is in these circumstances that the affairs of state are avidly discussed and argued by Malaysian not only from Perlis to Johor, Sabah and Sarawak but across the globe. Even in London, Sydney, New York and Adelaide!

Some in earnest, some in friendly banter of friends with time on their hands and still there will be some who will take it upon themselves to follow through on what they feel should be done on matters and issues raised by others via the Internet.

I still marvel at how I am able to do this. I click on Malaysiakita and I have a wall of information and postings by people I have never met and will probably never meet telling me about Najib’s latest gaffe.Today Mahathir is having his say on the Malays: “the Malays will cause their own defeat" and I dash out my thoughts about that on my blog. Then there is Sahrizat and NFC, Ramzi di penjarakan setahun and of course “Walk to Freedom From Lake Club to the Parliament”. So much information in just one click is truly amazing.

If you think we are overwhelmed with choices then think what BN and UMNO are faced with?  Think what Pakatan Rakyat has to contend with as the UMNO cyber troopers relentlessly do their work to undermine whatever gains PR have been able to achieve. Religion, Race and the personal and private lives of anybody of any significance are poked and probed and dissected to the whims and fancies of those doing the probing, poking and dissecting. Nothing is sacred, nothing is above scrutiny and nothing and nobody can escape the all-consuming attention of the Internet.

I need a lot of good cheer when I am told that I have sold my soul to UMNO. That I am again ‘Anwar Bashing’. That I am ‘kaki bodek UMNO.’

A word of advice to you all.

If you would want to try and make me or anyone else understand your thoughts on any person or on any issue it would do you good to argue your case lucidly. That means you will have to put forward your arguments against mine as to why you think different from the way I do. If we can do this in a civil manner then we are all the better for it.

I am very aware that the writing I put on my blog invites all manner of comments – good and bad. And so will the comments you make of what I write. So do think before you click that ‘publish’ button and take some time to ensure that you will not do yourself any foolishness by pressing that 'publish' button!

Now if you have been following the chatter across the airwaves you will get a sense of Déjà vu – that is another way of saying “I think I have experienced that before!” Can you fell the flow of positive chatter towards Pakatan Rakyat? I think we are slowly but surely getting the upper hand over the other side.


And as I write this TAG just emailed me this :

I am not sure where you stand HH and right now I treat you with disdain. You claim you are a strong advocator of ABU. But then would Anwar and Azmin be any different from you. They are for ABU like you and me but while we sit in our respective study rooms, you with your Apple and I with my Dell,they are there making things happen.
You and I are nothing but minnows but in our little ways like you said,we can contribute to the cause of ABU.
But you sure do things in a funny way. That is why I think you are not normal but narcissistic probably.
Why hightlight PKR leaders especially Anwar's failings when you can talk of their achievements and they have many!
Before the dawn of battle the General go round talking to his men about their strenght, what they can achieve and the honorable cause that they are fighting for. These men have to believe in that General and the leaders who are to lead them into battle. Any iota of doubt in the ability of their leaders is a sure prescription for defeat.
You are actually planting the seeds of doubt in the people.In your little way, you are causing damage. Why oh why do you have to do that at the 12th or shall I say at the 13th hour.
You act like UMNO's 'fifth columnist' actually and I dont think I am the only who thinks so.

No disagreement there TAG. None at all. It all goes to confirm what I have just said. You have your point of view and I have mine. Let us argue our case and put it out there into the public domain.

I write about Anwar because I have my doubts about his ability to lead us into battle. You can possibly put me in the same category as that little kid who had the guts to tell the Emperor that he had no clothes on! And the moral of the story? Well….. the emperor really had no clothes !

It will take the sum of all of us to make Pakatan Rakyat win the final battle against Barisan Nasional. Call me what you will but do not doubt my commitment to do what I can to make ABU a reality….me and my trusty Apple you and your DELL...together we go into battle on the same side against UMNO and BN. You are one. With me we are two. Who else will join us?
Posted by STEADYAKU47 at Tuesday, November 29, 2011