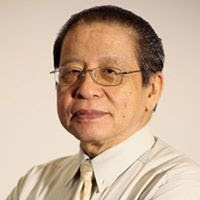 I was in Kuching on Sunday night with former Prime Minister and now Chairman of Pakatan Harapan, Tun Dr. Mahathir Mohamad for the launch of the Sarawak Pakatan Harapan, and the support and fervour at the gathering is proof that the country is on the move involving all Malaysians, regardless of race, religion, socio-economic status or region, who want to save Malaysia from the trajectory of a failed and a rogue state.
If we love Malaysia, we must unite as Malaysian patriots to save Malaysia from corruption, kleptocracy, injustices, exploitation and the fate of a third-world nation.
Tun Mahathir will speak after me on why we must unite to save Malaysia.
It is public record that Mahathir and I had many great differences during his 22 years as Prime Minister, and Guan Eng and I became “guests of His Majesty’s Government” during his premiership in Operation Lalang dragnet nearly 30 years ago.
But I had never been personal, vengeful or vindictive – I had never called Mahathir “mahafiraun” or “mahazalim” – as our differences were always on government policies and actions.
I do not deny my differences with Mahathir in the past, but we are now united by a larger common goal to save Malaysia from kleptocracy, a failed and a rogue state, and the fate of a third-world nation.
There is a great difference between the Barisan Nasional and Pakatan Harapan coalitions.
The BN coalition leaders talk in forked tongues – UMNO leaders playing the race and religious cards among the Malays, inciting fears among the Malay voters with lies that DAP and I are anti-Malay and anti-Islam, that Tun Mahathir, Datuk Seri Anwar Ibrahim, Tan Sri Muhyiddin Yassin and Mohamad Sabu are all my stooges and can only say and do what I told them to do; but MCA and Gerakan leaders say the opposite and try to scare the Chinese with a different story, that I am a puppet of Tun Mahathir and Anwar Ibrahim.
But we in Pakatan Harapan, whether DAP, PKR, Amanah or PBBM; whether Mahathir, Muhyiddin, Azizah, Azmin, Mohd Sabu, Guan Eng or I myself say the same thing whether to Malays, Chinese, Indians, Kadazans or Ibans – that the time has come for Malaysians regardless of race, religion, socio-economic status, region or even politics to unite and as summed up in the theme of the Oct. 14 Pakatan Harapan rally in Petaling Jaya - “Sayangi Malaysia, Hapuskan Kleptocrasi”.
Only a change of Federal Government in the forthcoming 14th General Election can save Malaysia from global kleptocracy, for the UMNO/BN government of Datuk Seri Najib Razak has done absolutely nothing in the past few years to clear or cleanse Malaysia of the shame, indignity, infamy and ignominy of being regarded world-wide as a global kleptocracy.
But we do not want only a Pakatan Harapan Federal Government in the 14GE, we have higher goals – to maintain the Pakatan Harapan state governments in
Selangor and Penang as well as to win the state governments in Johore, Malacca, Negri Sembilan, Perak and Kedah.