20 KIDS, 6 ADULTS MASSACRED IN US SCHOOL


20 KIDS, 6 ADULTS MASSACRED IN US SCHOOL 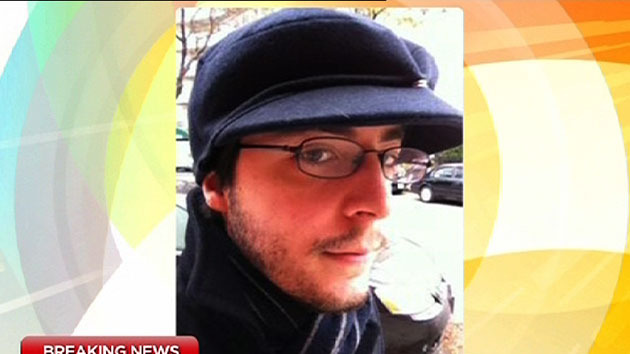 Up to 20 children are dead after a primary school shooting in the US; Sydney man dragged under bus; Gerard Baden-Clay denied bail and all the latest headlines.

NEWTOWN, Connecticut (AFP) - A young gunman slaughtered 20 small children and six teachers on Friday after walking into a school in an idyllic Connecticut town with at least two sophisticated firearms.
Connecticut State Police spokesman Lieutenant Paul Vance said 18 children were shot dead inside Sandy Hook Elementary School and that two more died of their wounds in hospital.
Six adults at the school were killed, including its principal, Vance said, before the killer was shot -- either by his own hand or police.
There were almost no non-fatal injuries, indicating that once targeted, there was rarely any chance of escape, and that the gunman was unusually accurate or methodical in his fire.
Vance said just one person "suffered an injury and survived."
The majority of killings, which began at around 09:30 a.m., "took place in one section of the school, in two rooms," suggesting that the tiny victims were trapped and picked off, Vance said.
Local media reported that the shooter began in the kindergarten section where he killed his teacher mother and her class, then moved on, carrying at least two handguns and possibly wearing a flack jacket.
The child victims were aged between five and ten.
NBC television reported that the dead killer was Adam Lanza, 20, and that police had earlier confused him for his brother 24-year-old Ryan Lanza, whose identity card he had been carrying when he went into the school.
The surviving brother was in custody and being questioned, according to US television reports. However, there was no immediate confirmation from police of the identities of either the killer or his victims.
In addition to the bloodbath at the school another corpse was found at a residence in Newtown, a wooded and picturesque small town north-east of New York, bringing the total bodycount so far to 28.
Again, there was no confirmation of that person's identity.
A tearful President Barack Obama went on national television to express his "overwhelming grief." He ordered flags to be lowered at half mast.
Of all US campus shootings, the toll was second only to the 32 murderers in 2007 massacre at Virginia Tech.
The number far exceeded the 15 killed in the 1999 Columbine High School massacre, which triggered a fierce but inconclusive debate about the United States' relaxed gun control laws.
However, the White House on Friday scotched any suggestion that the politically explosive subject would be quickly reopened.
Witnesses described an intense fusillade fired at the elementary school, possibly numbering some 100 rounds, and seeing a corridor splattered with blood.
"I was going back to my classroom and I heard like a person kicking on the door and I turned around I smelled smoke," an eight-year-old boy told NBC.
"Then bullets whizzed by and then a teacher pulled me into her room," he said, describing "total panic."
Police swarmed into the leafy neighborhood after the shooting, while other area schools were put under lock-down.
"I was in the gym at the time ... we heard lots of bangs, and we thought that it was the custodian knocking stuff down. We heard screaming. And so went to the wall, and we sat down," another young boy told WCBS television.
"Then the police came in. It's like, is he in here? Then he ran out. Then somebody yelled get to a safe place, so we went to the closet in the gym and we sat there for a little while," he said, as stunned parents arrived.
"Then the police like were knocking on the door, and they're like, we're evacuating people, we're evacuating people. We ran out.
"They're police at every door leading us down this way, this way. Quick, quick, come on. We ran down to the firehouse. There's a man that pinned down to the ground with handcuffs on," he said.
Deadly shootings are a frequent occurrence in US public places, often ending only when the gunman is shot or kills himself.
On Tuesday, a man with a semi-automatic rifle raked an Oregon shopping mall, killing two people, then taking his own life.
In the most notorious recent incident until now a 24-year-old, James Holmes, allegedly killed 12 people and wounded 58 others when he opened fire in a midnight screening of the latest Batman movie in Aurora, Colorado, in July.
Last month, gunman Jared Loughner was jailed for life for killing six people in Tucson, Arizona, in January 2011 in an attack targeting congresswoman Gabrielle Giffords, who was shot in the head at point-blank range but survived.
However, despite the tragedies, support for tougher gun ownership laws is mixed, with many Americans opposing restrictions on what they consider to be a constitutional right to keep powerful firearms at home.
Posted by STEADYAKU47 at Saturday, December 15, 2012