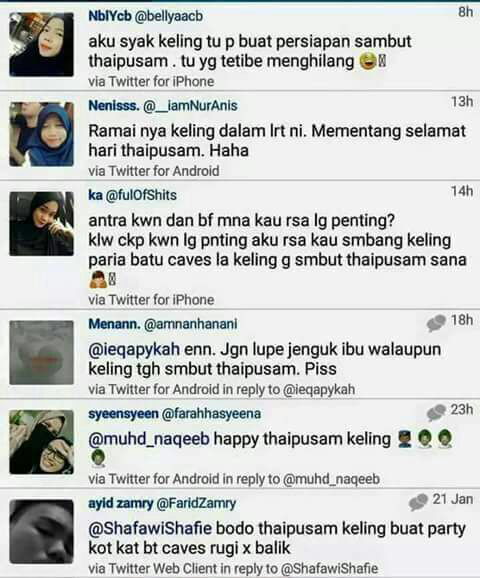 We are always talking in circles about the intractable endemic corruption about 1MDB and the bunch of clowns in the Malaysian version of Barnum, Bailey and the Ringling brothers. In as far as thievery, embezzlement, larceny, lying and looting are concerned the unity in diversity is an amazing exotic mixture of a mind  boggling potpourri of combustible ingredient of biblical proportions where the lion and the lamb are transformed into nonthreatening snails. They forget the much maligned breast beating salivating catchphrase   agama, bangsa and Negara. These serial criminals whose professional specialisation in peculation is that of a hermaphroditical bond of the garden snail, it’s anus is closest to its mouth, the creatures excrement literally falls on its head and its anal audio has no registered audible sound while it quietly chomps on our finest greens.
We are familiar with those who are wealth beyond means are the most likely to lie, cheat, break laws without compunction for personal gain. The unethical tendencies are not mitigated or moderated in any way by the strength of religious faith, status of royalty or the sufferings that besiege the individuals in the theatre of life. In well documented studies the wealthy have responded that having two or three time more than what they have would be just about enough.
Is this financial quandary that we already know our greatest, gravest, deepest and most imminent threat or challenge? I do not think so.
There was this toxic inexcusable twitter postings on Thaipusam that I received on whatsapp, I am unable to verify which year on when it took place, I would be very concerned if this was before 2017 as it means the infection is much earlier. The spine chilling age of those who posted it displays that the venomous tentacles have infected and impacted all strata of society. We have very successfully with mechanical precision educated the innocence out of our children. From the cradle to the grave we are creating mobsters and monsters that would wreck untold mayhem on future lives. The root of the problem is not the children or the young teens.
The hand that rocks the cradle and provided the early years of formation and sustenance fed them the contaminated milk of caustic thought or racial and religious superiority at the dinner table or family gatherings.
The academics in school pursued a systemic pogrom of killing their innocence and dividing  the young into racial and religious groups through various innovations.
The religious bodies and teachers have desecrated and defamed the holy books by interpreting and and using selective passages while ignoring a main body of good intentions  in a very dangerous and insidious manner to ensure the seeds of separation would ensure the exclusivity of race and religion by segregation on the incontestable word of divinity. The proliferation of pontificating, sermonising, sanctimonious preaching’s by celebrity preachers whose calibration to common sense is as rare as true contentment is the poison that feeds the soul.
The constitutional, political governance, political structures, the security and judicial apparatus has indefensibly promoted, compromised, and been complicit by either non- action or shameful silence which may be a far greater crime. It is not 1MDB but  managed supremacy of legalised apartheid and religious bigotry which are the biggest stumbling blocks to integration and desegregation. The supremacism is patently and  blatantly being normalised and moralised as a right that should never be questioned.
The pretence and hypocrisy and nakedness of the claims to national unity is with glaring consistency being brutally exposed in its naked and unadulterated form and is evidence especially among the young who have no compulsion whatsoever in expressing the immorality and profanity of their subversive demented squalor of thoughts in the very accessible public domains. The moral compass as it appears to do what is right is fatigued and in comatose as we are overloaded. Should we pause and rest and catch our breath? No, respite is not an option against a remorseless threat. Morality is the construction of an impartial pendulum of laws coated by human values created for the general benefit of all especially the most vulnerable and disadvantaged. The pendulum in this country is not swinging; it is enticed and entrapped by a very powerful predator and perpetrators ad infinitum.
The thunder in our mouth is inconsequential noise that one in a gilded cage is insulated from. The lightning in our hands of objection can be seen and felt if not hurled indiscriminately. We must choose the immortality of leaving clear tracks behind as our legacy.