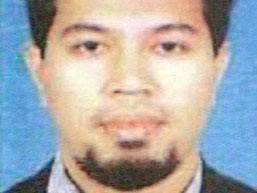 JAKARTA (Reuters) - Indonesia's most wanted Islamic militant, Noordin Mohammad Top, died during a police raid on a house in Central Java overnight, police said on Thursday, lifting a major security threat in Southeast Asia.
Malaysian-born Top, who set up a violent splinter group of the regional militant group, Jemaah Islamiah, was widely considered the mastermind behind bomb attacks on two luxury hotels in Jakarta in July, as well as other attacks in Bali and in Jakarta, killing scores of Westerners and Indonesians.
National police chief Bambang Hendarso Danuri, when asked if it was true that Top had been killed, told reporters: "Yes, yes yes." The police chief had just held a meeting with President Susilo Bambang Yudhoyono.
Local media, quoting police sources, had trumpeted his death last month during a police raid in Central Java, only to have forensic tests prove that wrong days later.
Indonesia, Southeast Asia's biggest economy, has been under intense pressure to capture or kill Top ahead of a planned visit by U.S. President  in November.
A senior police source told Reuters that Top's body had been identified from fingerprint tests.
"It's clearly a major success for the police if, in fact, it turns out to be him, and would be a major blow to terrorist networks not only in Indonesia but in the region," said Sidney Jones, an expert on Islamic militants with the International Crisis Group, speaking before police confirmed the news.
Another police source told Reuters that Top had blown himself up, and that while his body was badly damaged, his head was intact. A security analyst said Top typically strapped explosives to his body so that he could avoid capture.
National police spokesman Nanan Soekarna said three people had been captured in the overnight raid on the house near Solo, including the wife of the man renting the house and two others, who were detained earlier.
Police have been searching for several people believed to be behind the near-simultaneous attacks on the Ritz-Carlton and JW Marriott hotels on July 17 in which nine people, including two suicide bombers, were killed and 53 wounded.
The July bomb attacks in Jakarta ended a four-year lull in militant attacks in Indonesia.
Posted by STEADYAKU47 at Thursday, September 17, 2009