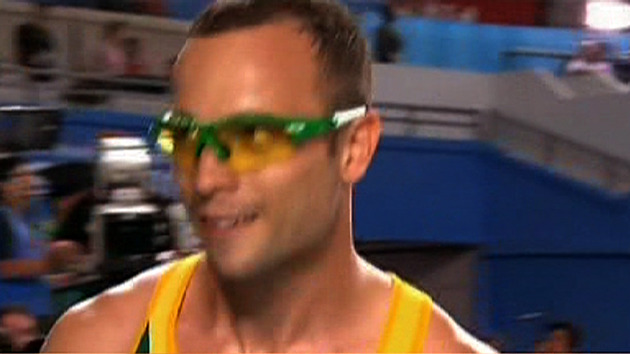 Oscar Pistorius has killed his girlfriend by accident in South Africa.

AP ©Enlarge photo
South African Paralympic star Oscar Pistorius has been charged with murder after his girlfriend was shot dead at his home.
According to initial reports in local media, model Reeva Steenkamp, 29, may have been mistaken for a burglar at the property in the Silver Lakes Golf Estate in Pretoria.
But police said the shooting early on Thursday was being treated as a murder investigation and said there had been previous incidents at the address described as "allegations of a domestic nature".
Pistorius is known as the Blade Runner because of the ground-breaking prosthetics he uses for racing.
He had been expected to race in Australia in March.
Brigadier Denise Beukes said police were "very surprised" by the burglar suggestion, telling reporters near the scene: "These allegations did not come from us."
Beukes said police would oppose bail when Pistorius appeared in court on Thursday afternoon.
Confirming there had been previous "incidents" at the athlete's home, she said: "I can't confirm that it's related to the person that's arrested but I can confirm there has previously been incidents at the home of Mr Oscar Pistorius."
She said these were "allegations of a domestic nature".
She said there was no sign of forced entry at the address.
And asked about speculation the victim may have been mistaken for a burglar, she said police were surprised by the claim.
She said Pistorius was co-operating with police.
There had been speculation the shooting may have been a Valentine's Day surprise gone wrong.
Steenkamp, described in her Twitter biography as a model, cover girl and law graduate, had tweeted about Valentine's Day yesterday, writing: "What do you have up your sleeve for your love tomorrow??? #getexcited #ValentinesDay".
Pistorius, 26, appeared to have serious concerns about his safety and was said to sleep with a revolver by his side.
A journalist from the UK Daily Mail who had interviewed Pistorius at his home wrote: "This being South Africa, one baseball bat and one cricket bat lie behind Pistorius' bedroom door. A revolver is at his bedside. A machine gun by his window."
Pistorius' father said his son was "sad" following the shooting.
Henke Pistorius told local radio news he did not know anything about the incident and it would be rude to speculate.
"If anyone makes a statement, it will have to be Oscar. He's sad at the moment."
Police spokeswoman Lieutenant Colonel Katlego Mogale told the South African Press Association police were called to Pistorius' home early on Thursday.
She said: "Paramedics declared the woman dead on the scene and police proceeded with their investigation. The woman sustained wounds to her head and the upper body."
A 9mm pistol was recovered. According to unconfirmed reports four shots were fired.
Gold medal winner Pistorius made history at the London 2012 Olympics when he became the first double-amputee sprinter to compete in the able-bodied Games, running in the 400m and 4x400m relay.
The Johannesburg-born athlete, who was born without fibulas in his legs and had the limbs amputated below the knee when he was 11 months old.
Steenkamp's publicist Sarit Tomlinson paid tribute to Steenkamp, describing her as "the sweetest human being and an absolute angel on earth".
She added: "She was the kindest, most unbelievable girl."
She told Sky News: "It's shocking. No one knows what happened. We're waiting for information. There are people we are waiting to speak to, to validate some of the stories."
She described Steenkamp as a "rising star".
"There was so much in the pipeline for her," said Tomlinson.
"She was just about to explode into the media. A very talented, very bright young girl. It's a huge loss for everyone. It's just too shocking for words."
Asked about Steenkamp's relationship with Pistorius, Tomlinson said: "They had been together for a couple of months and it's been a fabulous relationship - a healthy, fabulous relationship."
Tropika Island of Treasure - an entertainment show starring Steenkamp due to be broadcast this weekend - posted a tribute to her on its website.
It says: "We are deeply saddened and extend our condolences to Reeva's family and friends."
Just three days ago, Pistorius tweeted about his excitement regarding his first race of 2013, accompanied by a photograph of him in action.
He said: "1 month till my first race of 2013.. Can't wait to burn it up!" 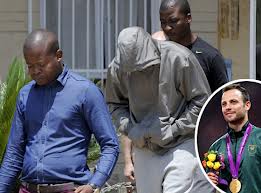