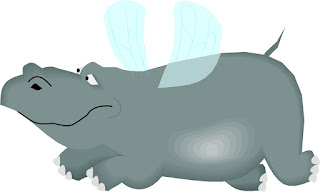 K KANGSAR POLLS No one should question Rosmah Mansor’s right to hire a private jet as it is her right and duty as the prime minister’s wife, said an Umno leader.
“Don’t (expect) the wife of the prime minister to travel on a normal flight schedule, I don’t think there is a leader in the world who does this.
“So, let’s not deny the right of a prime minister’s wife or prime minister by saying or trying to give the impression that (the flight) had been hired for private use,” Umno information chief Annuar Musa told Malaysiakini after breaking his fast in Manong, Kuala Kangsar yesterday

steadyaku47 comment : This Annuar Musa mist be talking through his arse! Here are some examples of how some Heads of States and their families travel. I have already had my say on Badak Terbang...please click the link below to go to post:

FROM CNN's Jack Cafferty:
The British Prime Minister broke protocol big time during his trip to the U.S. - he flew commercial. 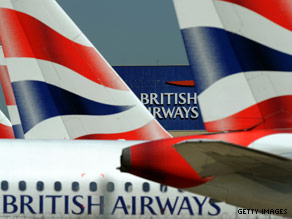 As one British reporter put it, David Cameron was "slumming it in business class" on the flight from London to Washington.
How refreshing. Cameron didn't take his own private jet, he didn't even fly first class. Turns out Cameron is actually walking the walk when it comes to fiscal austerity. Britain, like much of Europe, is in the midst of making drastic cuts to many government programs in order to keep its economy afloat.
Downing Street officials say that Cameron's commercial flight saved $300,000. In the grand scheme of things, the amount isn't that significant - but the gesture is huge.
As one British official tells the newspaper The Sun: "When we are asking the country to tighten their belts as much as we are it's very hard to justify hiring big jets to swan around the world. It may make his travel a little harder, but the Prime Minister believes it's up to him to set an example."

It's not all first-class travel and fine dining when you're PM: Cameron is spotted scoffing Pringles while squashed in to his seat in economy class

You may think the stresses of life as a prime minister are compensated for by first class travel and fine dining.
But the reality - for David Cameron at least - appears to be a little different after he was pictured squashed into an economy class flight stuffing his face with Paprika Pringles.
Sitting in the window seat on an Easyjet aircraft, a fellow passenger caught him on camera cramming crisps into his mouth. Snack: The Prime Minister tucks into a can of Pringles on an EasyJet flight over the weekend 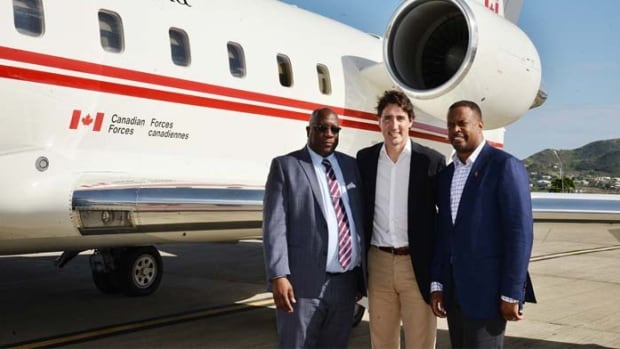 Prime Minister Justin Trudeau will repay Canadian taxpayers the equivalent of economy class fares for each family member that accompanied him on a government jet to the Caribbean nation of St. Kitts and Nevis over the holidays.

By Chrispin Inambao
Windhoek — PRESIDENT Hifikepunye Pohamba who at his inauguration ceremony appealed for prudence with regard to state resources and who pledged to lead by example flew on an ordinary commercial flight to the U.S.A where he is meeting President George W. Bush.
At his inauguration on March 21 this year, the President had said, "As before, there will be zero tolerance for waste and corruption in public life. I therefore make a solemn pledge to you my compatriots and fellow citizens that I shall set a personal example."