Umno won. Najib won ...but the will of the people did not.

Now that the Umno General Assembly 2015 is over one thing was agreed by all - that Najib Razak is stronger than ever before with overwhelming support from 191 Umno Division Heads, from Wanita, from Puteri and from the Pemuda Wings.

Muhyiddin, Mahathir, and those who want Najib out are falling towards the abyss.

Najib magnanimously extended an olive branch to Muhyiddin only to be spurned by same.

And so onward Umno soldiers, Najib will lead.

And what manner of Umno will he lead? What manner of leader will he be? And where will Umno and Najib be heading to?

Umno won. Najib won ...but the will of the people did not. Our country will not benefit from what has happened at PWTC in these last few days.

Cui bone? Who then benefits? Corrupt politicians will benefit.

Today I am ashamed a being a Malay.

I am ashamed that Umno, a Malay political party that I once identified my self with, has seen it fit to allow Najib Razak to be its president.

I am ashamed that three million Umno members have been willing to allow their Ketua Bahagians, the leaders of Wanita, Puteri and Pemuda to all pledge allegiance to a leader that has seen it fit to pocket RM2.6 billion donation given to Umno into his own pocket and that leader, Najib Razak, has until today, steadfastly refused to give a public accounting to Umno members as to what has been done to that money. Najib maintains that what he has done is not theft, is not pecah amanah nor is it legally wrong.

In all this there has been nothing said by Umno about the morality and ethics of what Najib Razak has done.

Of course those of us outside Umno has no business to know what Najib Razak has done with that RM2.6 billion...but what of those who are within Umno? What of Mahathir and Muhyiddin? Are they not of Umno? What of the demand by many others within Umno who too are none the wiser about the RM2.6 billion?

So what can we now expect from Umno and its leaders but more corruption,more racial and religious driven politics and more of a president who believes that "Cash is King?"

But do not despair my friends.

The future for most of us may not promise much. Political power for the foreseeable future are in the hands of corrupt and bigoted politicians and all may seem lost and our country is now adrift in a sea of bad governance and money politics....but we still can think.

We still have our brains. We can talk to each other and that makes us powerful. We must now find a way to bond together, work together until the next general election comes. Do not let us all be fooled any longer.

Yes we cannot gather in groups, form association, talk or do anything that the authorities deem to be a threat to national security...but there is the Internet.

We can still meet and talk to each other...for no government , not even this BN government, can stop its people from doing that!

But remember it is not enough to just talk to each other. We must all be part of that group that wants good governance, an end to corruption and leaders who are answerable to us for what they do while holding public office.

For now I do not know how this can be done. Pakatan Rakyat has failed us. Politicians in general have failed us....but as I have said time and time again....I am one. With you we are two. Who else will join us....if anything we can make a start from here.

To do nothing would damm us to having leaders like Najib Razak and others of his odious ilk! 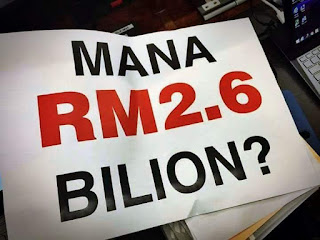