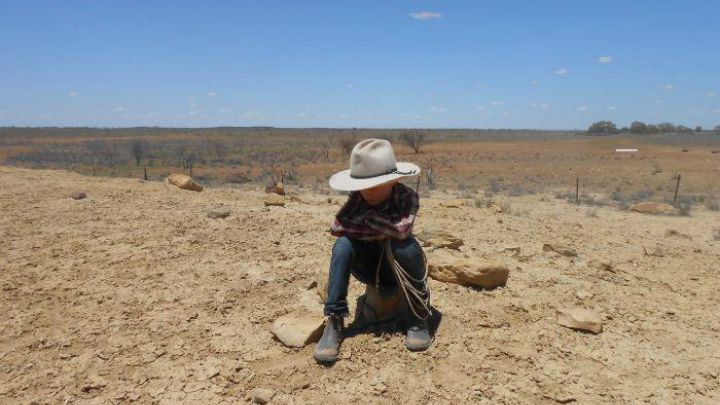 A young man who picked up a 64-year-old hitchhiker this week learned the shocking truth of the the situation for our farmers, and the post shared with his family and friends has been shared close to 50,000 times.

“So yesterday I did the unthinkable. I picked up a hitchhiker. A man who was well dressed in clean slacks and shoes, a button up shirt and an acubra, carrying a tan coloured duffle bag. He appeared to be in his 70s to me… I pulled out of the servo of which he was standing out front, and asked him where he was off to. He said he was heading for a road just off the highway in the direction I was going so I told him to hop in.

“As one does, a conversation was struck between us and I asked his final destination. He said he was on his way to a town outside Taree… and the story that followed broke my heart.

“He had arrived in Brisbane that morning at what was the end of his bus fare from a town called Dingo in north Queensland. He and his wife of 31 years were travelling down south to stay with friends as they had to leave their cattle farm. A corporation whose name I can’t recall but had an association with Coles or Woolworths had come in and undercut their business by 30 bucks per head of cattle and they went broke after losing their business.

“The bank had foreclosed their farm and it is up for auction later this month. They didn’t even have enough money for them both to get the bus down south. This man, Graham, had paid full fare for his wife, given her money for some food too and only got himself to Brisbane. He’d come our way to ask the mushroom farm for a few hours work to pay the $54 bus fare to his destination. He was denied the work and was basically going to knock on property’s doors to get some work to pay his fare.

“I drove straight past his drop off and headed all the way out to Beenleigh telling him I would drop him at the station. He objected saying he needed to get work before the station to which my answer was to stop in at an ATM, and get out enough money for his ticket and some extra so he could eat.

“He thanked me about 20 times between there and the station, and had tears welling up in his eyes. He asked how he could get the money back to me and I told him that when he’s back on his feet if he ever comes across someone in need of help to pass it on.
“It turns out this man was only 64, but looked mid to late 70s… he had been a man who had worked with his hands his whole life (and wasn’t scared of hard work) and then had everything taken out from under him.”

Meanwhile, today the ABC is reporting that farmers are the new face of homelessness in Australia as they are forced to walk away from their farms in the face of impossible debts during a brutal drought.

She says. “I know one family that walked off on the 30th of June this year. Literally packed up and walked off,” she said.

“But they’re not alone, many families just pack up and walk off in the middle of the night. We are the unspoken-about homeless of the outback.”