The Filipinos are Malays. Same looks, same nature, share common words in their language, but they are fun loving and peaceful as Christians. The same people in the South who are Muslims are waging a religious war because Islam does not allow them to coexist with the infidels, let alone with the different sects.
The Malays now steal money in huge sums because they do not understand the value of working hard for it. I am sure many will be unable to tell you how many zeros come behind a million and how many millions make a billion. How much must you must spend in a day to use up one billion dollars in twenty years? Without providing for interest and inflation, you need to spend $50 million annually for 20 years! With interest earnings and investments, you just can't help getting richer even if you tried hard not to! 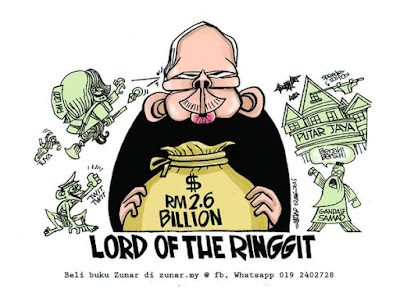 The only assurance the Chinese may have in Malaysia is the growing political and military influence of China. China owes a very great debt to the Malaysian Chinese who contributed to its economy and helped it to develop and industrialise. I suspect the joint army exercise is to let the Malaysian army know what they are up against. The Chinese government has stated that they will protect the Overseas Chinese.﻿
Posted by STEADYAKU47 at Friday, December 23, 2016