Being Bugis is no longer honourable.


Let me put that in another way....I remember vaguely that when I was in my teens, from time to time, we had family gatherings at my uncles house. There would be food aplenty, music - played by the uncles and maybe one of two of my elder cousins would be asked to join in...good conversation and fun....and when the spirits moved them, our uncles would call us over to join them for a bit while they regale us with tales of our Bugis heritage.


There would be some vague references to our "royal" links ...very very vague....but always...that hint, accompanied with a mischievous smile, of our "lanun" forefathers who roamed the seas in search of what it was those "lanuns" searched for....and that is why, they would conclude conclusively, the love for the sea was common to all of us from the Dr Latiff clan.


There was no mention of Bugis warriors. No claims that us Bugis were a better lot then the "others" and certainly no attempt at instilling in any of us that we were Bugis first and then Malays! No sir...we were all Malays first and last....and in as far as I can remember, the only time we spoke about being Bugis was amongst ourselves - and rarely spoken of in the public domain.


Hell, we did not even know that there were any Bugis Associations of any kind out there in the real world and by the time I was past my teen, being Malay was all that mattered. If I came across any other Malay that claims to be a Malay from Johor, up North or the East Coast...I would mention in passing, but proudly so, that I came from Bugis stock....and I could see that being of Bugis stock did carry some "oomph" ....and I would ever so slightly straighten my self up, pulled my shoulders back and with head held high, go on my way leaving those Johor, "up North" and East Coast Malays slightly more respectful of me and my Bugis heritage. And that was all there was to it. No brownies point scored...just a one upmanship among friends.


We have some Bugis calling himself a Warrior! Really? What conflict was this warrior in? What war did he engaged in? Was he ever in any hand to hand combat with any other warrior from any other clan or sect? I am told that he is not even a warrior in his house for the one who rules there is really the power behind the throne in Seri Perdana aka the Flying Hippo. 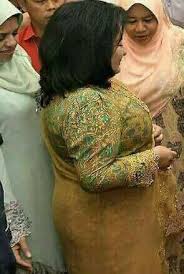 And now it seems that there are Bugis everywhere defending the "maruah" of the Bugis because there are many others out there who are out to belittle the Bugis!


Let me tell all these Bugis do gooders that there really is nothing to defend. This prime minister of ours claims to be a Bugis...good for him...but if he steals. robs and defraud Malaysians out of billions of ringgits....whether he is a Bugis, an anak Pahang or even the president of Umno...he is still a thief and a robber first! And if a Bugis is a thief and a robber then that Bugis does not deserved to be defended...he deserves to be prosecuted by the authorities for what he is.


And that is why I say that today, being a Bugis is no longer honourable...not when we Bugis allow one of our "warriors" to rob and steal from the very people he is prime minister of.


Amen to the Bugis!

Email ThisBlogThis!Share to TwitterShare to FacebookShare to Pinterest
Labels: bugis