Legal Corruption is an Umno phenomena.

Such is the massiveness of the scale of this Grand Legal Corruption under this Najib Razak led government that you can no longer defined it by putting an amount to it.

Not one million ringgit, not ten million ringgit. We now talk in terms of billions. And if you can get your head around the number of zero's involve there is still the question of legality.

How can corruption on this scale be legal?

How can it be sanctioned by the highest legislative branch of government - The Cabinet?

How can it have the protection and the active participation of the highest office in the land, that of the Prime Minister's?

How do you begin to equate any punishment to a crime of this scale? Is it a crime against the Nation because the ramification of such a crime reverberates across the entire economic and financial structure of the nations or is it simply a criminal act that is the result of man's follies - in this case, greed?

Are our already compromised legal and policing resources able to even start to get to grips with the potential fallout of this Grand Legal Corruption? Do they have the resources to comprehend, prosecute, get a conviction and punished the perpetrators of this dastardly act? Where do they start? How can they start when it requires the cooperation of authorities and public entities that are already actively involved in the start, the operation and the cover up of the grand corruption of the said activities.

Does the political will exists to do anything about it?

Yes I am talking about 1MDB a property-to-energy fund whose advisory board is chaired by Prime Minister Najib Razak. Among other things it has built a debt of $RM49 billion ringgit to build a portfolio of ageing power plants.

Yes I am talking about the involvement of the Prime Minister from the start of this Grand Corruption scam.

The involvement of the Prime Minister in the present cover up, abuse and misuse of the funds within 1MDB.

And I am talking about all the willing participants that have profited and taken part in the cover up of the said 1MDB scam.

Grand Legal Corruption on this scale has the potential to be a political game changer not only for those within Umno but also for Putrajaya. This has national and global ramifications for our country and will certainly have a bearing on who will do federal government after the coming general election - if not sooner.

For the moment it spells the end of Najib Razak's charmed existence as President of Umno, Chairman of BN, Prime Minister of Malaysia and wife to Rosmah Mansor.

Can we try and get an idea of the scale of this Grand Legal Corruption?

As of last week - the third week of February 2015 - the funds required by 1MDB to settle loans with local banks (Maybank and RHB Capital) is RM2 billion. Nine Zeros after the digit!

(Bloomberg) -- 1Malaysia Development Bhd.’s bonds are trading like junk as investors seek greater clarity over the state investment fund’s plans to wind down and sell off assets.

The cost of options protecting against further ringgit declines approached a 1 1/2-year high on speculation 1Malaysia Development Bhd., the state investment fund, will need a bailout. The currency is already languishing at its weakest level since 2009 as the oil-exporting nation suffers amid sliding crude prices.

“The market remains wary of 1MDB’s ability to repay its debt,” Irene Cheung, a foreign-exchange strategist in Singapore at Australia & New Zealand Banking Group, said Feb. 24. “The ringgit is vulnerable to the near-term outlook for oil prices. A recovery is difficult.” 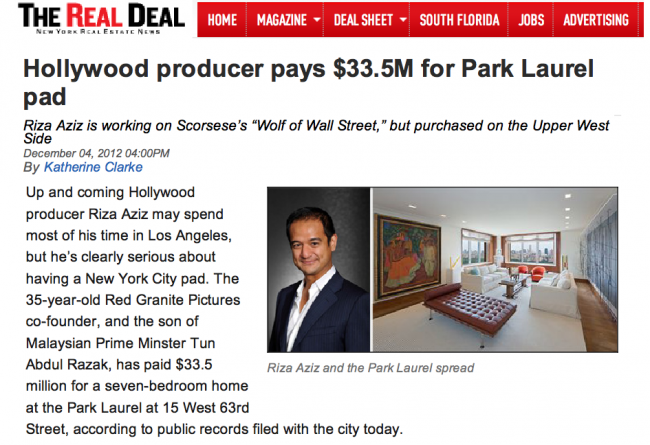 “He [Low] has been trying to convince his Hollywood friends like Academy Award winner Jamie Foxx and Leonardo di Caprio to use Malaysia as a location for movies.”[Star

In which case was it the connection with Low that brought his friend Leonardo di Caprio and his film project about a ‘modern day Caligula‘ to Red Granite Pictures and Riza Aziz? If so, it throws a new perspective onto Jho Low’s links with Najib Razak’s pet project 1MDB Malaysia, the development bank, which has raised billions through undisclosed, private bonds arranged by, amongst others, Goldman Sachs.

1MDB’s investments have been increasingly controversial, focusing mainly on buying up ageing power companies, which appear to be of questionable value in developing the state of Malaysia.

One of the investors involved in 1MDB is the low profile Middle Eastern venture Petro-Saudi, who were also the buyers when the Taib family sold out of their controversial stake in UBG bank  back in 2011.

Jho Low himself had earlier become involved in UBG, coming onto the board as a Director in 2008 after a major share purchase, on behalf of the Abu Dhabi owned company Majestic Masterpiece.

The young Penang born financier makes much of his fantastic connections, both in Hollywood and the Middle East (particularly Abu Dhabi), allegedly made through networking as a Harrow schoolboy and at Wharton Business School in the US.

But it is his ostentatious high living that has mainly brought Jho Low to the attention of the Malaysian public.  It was he who apparently topped the record for high spending in a New York nightclub, buying champagne for all the assembled guests.

Jho Low also astonished onlookers with the sheer lavishness of a party put on for a girlfriend on a yacht in Taiwan and again drew attention when he partied Paris Hilton with jaw dropping extravagance.

So, could Jho Low be the organiser assisting in the financing of Red Granite Pictures and is that why he was so prominent at the launch and at Leonardo di Caprio’s recent birthday bash? 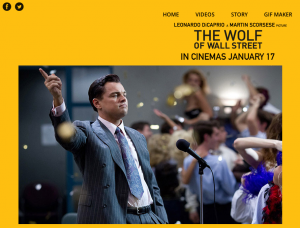 Wall Street and Bank Negara have got their hands full trying to deal with the potential collapse 1MDB.

This Legal Grand Corruption is as grand as Hollywood can make it!
This is not something the Cabinet can make right or legal as they did when they "approved" Rosmah's use of the Government Jet.

This is the Grand Legal Corruption that now exists in Malaysia today!

And as of last week cabinet has rejected a proposed cash injection into 1MDB of RM3 billion reducing the financing options for 1MDB.

What now of the future of Najib Razak and Umno?

Even as the unraveling of 1MDB continues, steps have already been taken to oust Najib Razak from within Umno sooner rather than later. 1MDB is simply the culmination of an unprecedented Prime Ministership that has seen the misuse and abuse of executive authority at the highest level of government, an almost total breakdown in the authority of a clueless Prime Minister bedeviled by an overbearing and controlling Rosmah and certainly a lack of political will by those with political power to rein in the excesses of the Prime Minister  because in him they also see their ticket for political and financial gain as the Umno led BN government enjoys it's last few years in power before the next general election that will surely see a change in government long demanded by the rakyat.

What will become of this nation and its people is still a work in progress that will only see the light of day when its people are able to understand that in their hands lies the future of our people and our nation. When that realization will come are in the laps of the Gods. Hopeful as I am that the next election will herald a new era in open and responsible government the prognosis is unclear. To date there is an opposition but its credibility is questionable. PKR, DAP and PAS have much to do before the Umno led BN government will up stakes and start fighting to protect their flank and engage in any meaningful rear guard action.

We live in interesting times. Let the games begin!
Posted by STEADYAKU47 at Saturday, February 28, 2015