Malaysia : NFA. Other parts of the World : Tangkap!

steadyaku47 : This is what is happening to the corrupt daughter-in-law of the Chilean President, Michelle Bachelet. All over the civilized world corruption is not tolerated of politicians and any public official. Yet in Bolehland we have the Peguam Negara, the highest ranking public prosecutor in the country, instructing PDRM to stamp that thieving Najib Razak's donation caper as NFA (no Further Action!). Duh! Malaysia Boleh! 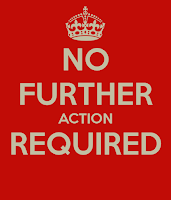 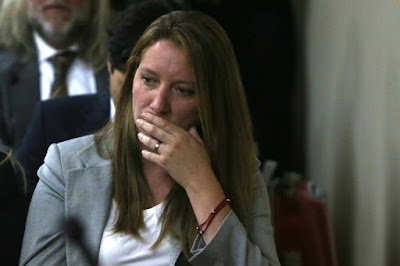 A Chilean court Friday brought formal tax fraud charges against the daughter in law of President Michelle Bachelet in a scandal the leftist leader tearfully admitted was a "painful" ordeal.

The case first came to light a year ago and has shocked the public in Chile, which is ranked by Transparency International as one of the least corrupt countries in Latin America.

The court in the central city of Rancagua banned Natalia Compagnon from leaving the country and ordered her to check in with police each month for a year while judges investigate.

"I want to tell you from the heart that these have been difficult and very painful times for me and my family," a tearful-sounding Bachelet said after the ruling.

Compagnon is married to Bachelet's son Sebastian Davalos, who previously worked in an unsalaried position in his mother's government.

Compagnon is one of the bosses of a real estate company, Caval, which is being investigated over alleged financial irregularities in the purchase of land.

The court ordered that Compagnon's partner in the company, Mauricio Valero, be held under house arrest for a year.

A total of 13 suspects in the case face charges of influence-peddling, bribery and tax fraud.

Critics had called for Compagnon to be held in prison pending the probe and said Friday's measures were too lenient.

Compagnon had to be escorted by security forces as she left the court, where an angry crowd yelled: "Thief!"

Bachelet was elected to her current term in 2014 on promises to fight corruption in Chile, the world's biggest copper producer.

The Caval case has dragged down her popularity rating to a record low of about 20 percent.

She faces a mid-term test in October when the country holds municipal elections.

"This has clearly upset me deeply and that is a normal human feeling, but that has not for one minute clouded my sense of presidential responsibility," Bachelet said in an address Friday at the presidential palace.
Posted by STEADYAKU47 at Saturday, January 30, 2016