Uncle David ...by the grace of God. 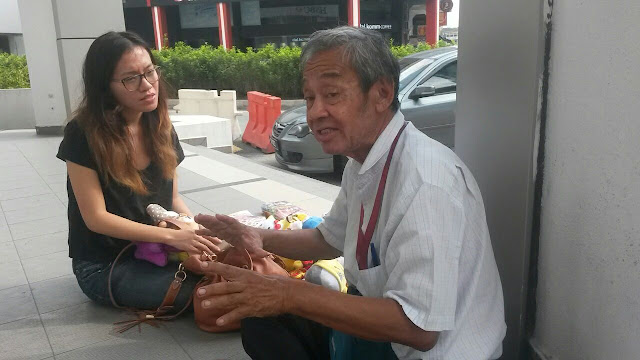 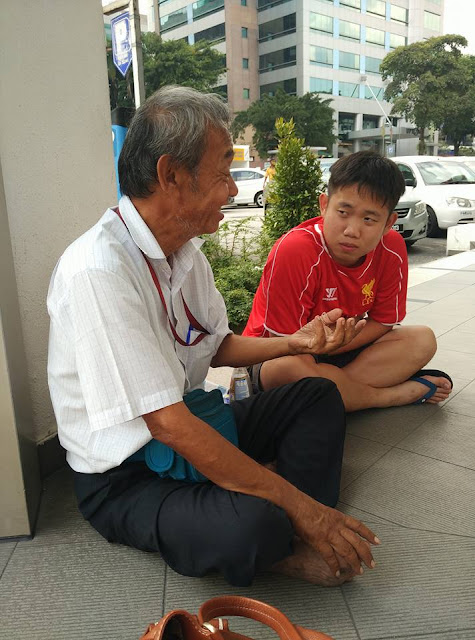 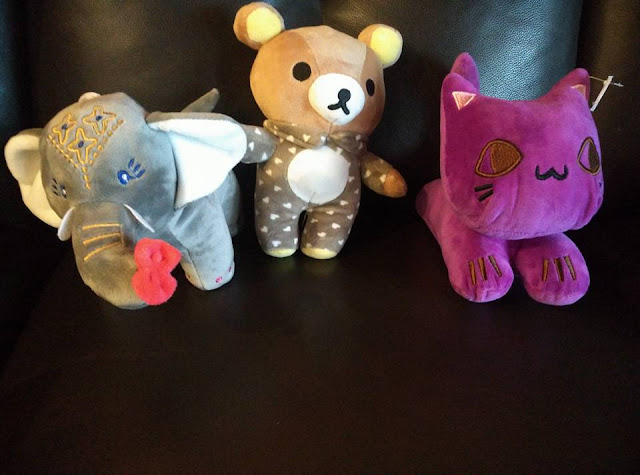 Today, CK Tan and I met this uncle selling soft toys outside HSBC bank in Damansara Uptown. Uncle David is suffering from leukaemia, and last March the doctors gave him six months to live. He believes he's still here by the grace of God, and the money he makes from selling toys helps fund his treatment. He is a single father with one son, and with his days numbered, his tears welled up when he told us how his son will be flying off to the States on a scholarship in May.


Uncle David buys the toys for RM6.90 and sells them for RM10. The cost used to be RM5 but it increased due to the current exchange rate, yet Uncle David hasn't hiked up the price for his customers. He said he's seen a sharp drop in customers this past year, what with the GST and higher cost of living, but he says he understands everyone is trying very hard to get by. He used to be able to go home at 6pm but now he stays till 10pm to finish selling his toys.

My heart breaks at this - a 65 year old man with leukaemia should be at home resting, not peddling wares on a pavement to make ends meet on a day to day basis. Where has the system failed, but more importantly, where have we as fellow human beings failed?
We always say we want to fight the system, but sometimes it's about making life a little better for one person. It might not be much, but maybe by buying a toy from Uncle David today he can go home a little earlier and rest an extra hour. Maybe by giving him a hug and a prayer you're making a dying man's last days that much better. So please, please, please if anyone is in Damansara Uptown please do support Uncle David and send some love and light along his way.
Posted by STEADYAKU47 at Monday, January 11, 2016