Barisan Nasional has no answer to Nurrul or Dyana! Sharizat might have given them a run for their money in her younger days but greed has caught up with Sharizat! 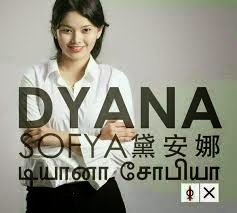 The nations youngest, brightest  and most committed activists seems to be gravitating towards Pakatan Rakyat…..and its prettiest too. Barisan Nasional has no answer to Nurrul or Dyana! Sharizat might have given them a run for their money in her younger days but greed has caught up with Sharizat! And we are not only talking about a pretty face… more critical than all else, Nurrul and Dyana have the brains and the courage to take on Barisan Nasional on any playing level…level or not! 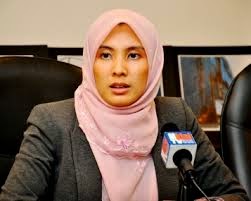 Nurrul did so at Lembah Pantai and was victorious and Dyana now is just about to enter the gelanggang to face what Barisan Nasional can throw her away ….and she seems to relish the prospect of doing so!

Barisan Nasional has no answer to the enthusiasm displayed by the masses as they continue to publicly decry and protest against the abuse of public office for personal gain – a practice that corrupts and blights a vast spectrum of government functionaries under Barisan Nasional.

Barisan Nasional has no answer to the pervasive and effective influence of the social media that relentlessly chips away at the now brittle amour that cloaks all the misdeeds and abuses done by Barisan Nasional in the name of government!

Against all this Barisan Nasional can only lick their wounds and covertly schemes for a way out of its present malaise. A malaise that has seen it battered and bruise by the surging tide of dissent by a population who have had enough of being bruise and battered by corruption, economic stagnation and an epic failure of the government to provide for a civil and harmonious mix amongst its multi racial and multi religious mix of its own people.

Many have registered their belief that this Barisan Nasional government will not be able to govern itself out of its present mess by walking away from Malaysia to places that promised them what this BN government cannot : An opportunity to live a life for themselves and their families to the best of their abilities unhampered by race, religion or a corrupt government bent upon its own survival and nothing more.

Many have chosen to be social and political activist intent upon doing battle with this insidious BN government  at close quarters – on the streets of Kuala Lumpur or anywhere in Malaysia where this battle have to be fought – a battle against overwhelming physical and financial force, which if not won, would consign our nation and our people to possibly its final DNR (do not resuscitate) state before our nation becomes a :”failed state”.

Failed to live up to its potential to be the Malaysia we want politically, economically and democratically in the truest sense of the word.

Failed to be what we had been once – the economic powerhouse of Asean, the nation with the happiest Prime Minister in Tunku and a place where we celebrated unity in diversity!

And so we come to today!

We have had to have a corrupt, arrogant and kleptomaniac Barisan Nasiona government for the past 50 over years so that our people will now understand what sort of government we must now have for the next 50 years! Yes we have had a truly excruciating and exhausting learning curve to traverse under Barisan Nasional but it will be a lesson well learned!

We will never allow another Mahathir to run riot within the corridors of power in Putrajaya. We will demand that the Judiciary be independent, PDRM will be bersih, cekap dan amanah, the Civil Service shall be the guardian of our aspiration for good governance and those in public office shall serve the people not themselves.

All  Malaysians shall all be brothers and sisters and the lot of the other shall be the concern of all. The sick, the old, the minorities and the underprivileged shall be given priority over others.

Any politician that takes what is not theirs, abuse their executive powers for their advantage and chooses to put their party’s interest before that of the nation’s interests will be the worse for doing so.

No pedophile, thief, liar, swindler or robber shall hold political office. No public servant shall have a self worth that cannot be explained. No prime minister shall be able to ask Petronas to bail his son’s business out of its own self-inflicted problems.

It shall be mandated that the Prime Minister’s wife shall be a prime minister’s wife – nothing more and nothing less! And our king and the Sultans will be made to understand that they, like all of us, will have to be put to work to earn the salaries paid for from the coffers of our nation and if they are to continue to be the head of Islam in the State that they rule, then they should behave appropriately. No fornication outside the bonds of matrimony, no drinking of liquor and do behave like a good Muslim!

Barisan Nasional has no answers to these demands from the rakyats because they are still under the mistaken belief that their hold on political power is so entrenched that nothing will pry them away from Putrajaya.

The people have been empowered by the results of the 12th and 13th general elections… .Dyana’s  baptism in Telok Intan is merely a continuation of this process of change! May the force be with Dyana! Merdeka!
Posted by STEADYAKU47 at Wednesday, May 21, 2014