There are more than 5 reasons why I am grateful to Umno!

Five reasons why Malaysian should be grateful to Umno? Only five reasons?

Umno have been victorious in 13 general elections!

All our Prime Ministers have been from Umno!

Surely there are more than 5 reasons for anyone to be grateful to Umno!

Umno, its leaders, their wives, their cronies, their machai's and the Barisan Nasional coalition they lead…and anybody having ties with Umno, have given me more than 5 reasons to be grateful for them being around all these years.  Let me count the ways….

In the history of politics in Malaysia who has given you more laughter than Samy Velu - that guy who was the longest serving President of MIC - one of BN's component parties?


A close second, almost at par with this Samy Velu is that sms sent by some hamba Allah just after Selangor fell to Pakatan Rakyat in the aftermath of the 12th general election - no prizes for guessing who they are looking for...but I I still have a smile every now and then just thinking about it!

There may be some of you who will quibble with my third choice because this has now become part of our folklore...and possibly history. We use to make fun of those young earnest Chinese from Jinjang calling them Jinjang Joe and the young Malays we call Mat Spanner and Minah Current   …well now we have “photoshop Minah”…all those girls trying to photo shop themselves to the level of our Flom....an impossible task because you need to get past 60 before you can get to her level....but they have fun trying! 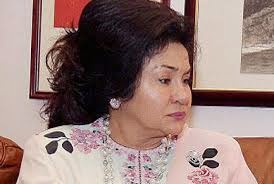 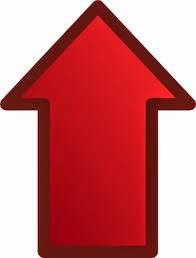 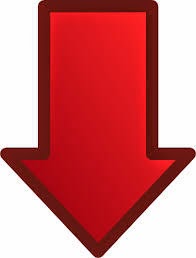 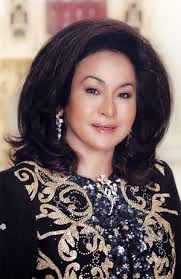 Two Jet Engine missing...tell me how many of you had a bit of a chuckle over your nasi lemak when you first read about it during breakfast! And if you were with your friend having teh tarik at that Mamak stall did you not burst out laughing and slapped your thighs just thinking of how they could carry out not one but two Jet Engines through the TUDM security cordon?

How to get angry at those creative people....this feat will be talked about by generations of Malaysian to come... like "Count" Victor Lustig selling of the Eiffel Tower not once but twice. "Count" Victor Lustig got away with it the first time but was caught when he got greedy and tried to do it the second time.


Losing two jet engines is really SOP (standard operating procedure) for a TUDM or any government department under an Umno led government...remember PDRM losing cars and guns? And we have not even started to look  at the billions lost over projects and tenders - abandoned or going way over budget!  And then there is the EPF and Petronas.....just think of how much enjoyment we will have reading about these things in the future when Umno is no longer around.... even when there are gone we will be grateful to them for giving us something to talk about!

Then you have Reduan Tee....what more can I say about him?...he is a bad man...very very bad man!


And that clown who insist that he is a Malay first and a Malaysian second....I smile indulgently because that guy is slowly but surely taking himself out of the race for our next Prime Minister.....this can best be explained this way ....“Never attribute to malice that which can be adequately explained by stupidity”...and you cannot go beyond this guy for stupidity!


Then you can either watch the ex MCA president do his thing on hidden cam,  read about that Chief Minister who is a pedophile, a Minister who indulged in a bit of Raba Raba in a Five Star Hotel, an Umno disciplinary board member caught illegally marrying another wife across the border (and then stupidly burning the evidence on the assumption that no proof of marriage means no conviction - and this guy went on to become our Chief Justice!)...and so many other stories from the annals of the Umno led BN that it should keep you laughing at the antics of these people  - all connected one way or another with Umno!

Mahathir has provided many of us old guys with such a good excuse for not remembering things  - the standard "I cannot remember!" excuse! Mahathir was also the one who argued that if the US could make Avatar, it could also have faked the 9-11! Before Mahathir my geography knowledge of some parts of India was a bit rusty...now I know where Kerala is exactly  - thanks to Mahathir my geography has improved.

And all Malaysian must thank Najib for his "I help you, you help me" offer in Sibu. Now all Malaysian are following that advice and helping each other in more than ways than one......though I must remind those within BN that they should really be helping out other Malaysian...not just themselves!

Same with Hermes....never heard about it before Rosmah! Now every time I take the 112 Tram in Melbourne on my way to the city I know that I will pass the Hermes outlet at stop 11 on Collins Street, and when I do, that image of our Flom passes through my mind...the photo shop image one lah! Not the one of her hugging our badminton hero or kissing that bollywoood actor lah!


I now know that a new breed of frogs identified as "lompat katak lompat" has long choose Malaysia as its natural habitat and are found within the regions under BN and Pakatan Rakyat. They survive on a basic diet of money and more money. What is common of these "lompat katak lompat" frogs and those "Katak bawah tempurungs" frogs also found in the regions under BN and Pakatan Rakyat, is that both type of frogs have their mating seasons just before, during and immediately after any kind of erections....errr I mean elections! What distinguishes these frogs from frogs found in other parts of the world is that these "lompat katak lompat" and "katak bawah tempurungs" walk on two legs instead of all four!