Of Jaguar XF, Audi A5 and Sabah's Top Cop! 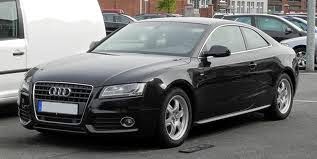 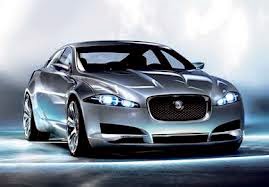 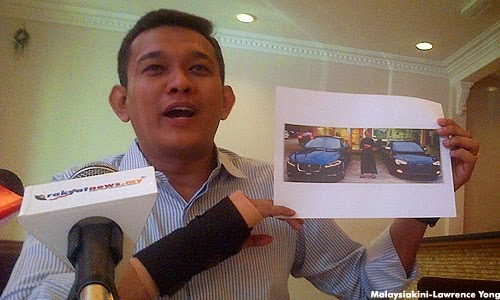 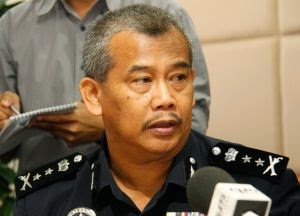 Sabah top cop:
My ‘rich’ son is not ‘jobless’

KOTA KINABALU: Sabah Police Commissioner Hamza Taib has dismissed insinuation of wrongdoings by his allegedly  “jobless” son Mohammad Azhan.
Malaysian Crime Watch Task Force (MyWatch) chief  R Sri Sanjeevan had earlier this week questioned Mohammad Azhan’s ownership of two luxury cars allegedly bought by cash when he was unempoyed.
But Hamzah speaking to reporters here said: “How can anyone say my son is jobless when he is a director in several companies and own several firms in Kuala Lumpur?”
Hamzah said his son, Mohammad Azhan, 30, had read law at the International Islamic University while his daughter-in-law was also a qualified lawyer.
“They are living at my house in Kuala Lumpur so they don’t have to worry about housing loans,” Hamzah said.
He was clarifying claims by Sanjeevan that Mohamad Azan although unemployed had bought two luxury cars last year – a Jaguar XF and an Audi A5.
The cars with a combined costs of RM1.1 million was allegedly purchased with cash.
Without naming Mohammad Azan, Sanjeevan had reportedly questioned the source of the former’s “extraordinary wealth”.
“According to MyWatch investigation, the last time he was employed was in 2008.
“We also have a banking transaction note to him from a weapons company in East Malaysia,” he said.
MyWatch has urged Malaysian Anti Corruption Commission (MACC) to investigate the source of Mohammad Azan’s income.
“I want a detailed investigation to be carried out immediately on the source of his funds and how he managed to acquire various assets at such a young age as he is unempoyed.
“I will be lodging a report with MACC next week,” Sanjeevan said.
But Hamzah dismissed Sanjeevan allegations.
He said to the best of his knowledge his son’s activities were above board and the two luxury cars in question were reconditioned vehicles and cheaper that new ones.

I met Hamza when he was OC Traffic in KL. He seems to be a decent and fair man and I believe not one of those  'cari makan' police officers.

My car was towed away because it was illegally parked in China Town and I went to see him because his officer and the Tow Truck guy were in cahoots to make some money out of my predicament.  They told me that as my car was not yet been "officially" issued with an infringement notice there was room to negotiate if I wanted my car.

I told them to "FUCK OFF" ...yes that was what I told them ( and a few choice Malay swear words too!). I went to see Hamza who was then OC Traffic. He called the Indian Tow Truck driver to his room and asked him if what I said was true....the man's silence confirmed what I said. Hamza said that I needed to pay for the parking infringement (which was fair as it was my mistake) but not for the tow truck charges!

My late father was once the CPO (Chief Police Officer) in Pahang. Yes it was in late 1960's and there were no Jaguar XF or an Audi A5...and his then official police car was Holden.

What I remembered of those days was the meticulous manner in which my father insisted that we lived within HIS means and that we were made to understand that HE was the CPO not us. We were staying in Kuala Lipis (the Pahang Police contingent HQ was then still in Kuala Lipis - it had not moved to Kuantan yet)....and Kuala Lipis then was a one cinema (call the Paradise) town. Later when the Police HQ was moved to Kuantan we were again reminded by my father of the same protocol.

Hamza should understand that as the Sabah Police Commissioner what he and his immediate family do will be under the microscope of those who are out to create "mischief" for whatever reason. He should have enough brains to advise his 30 year old son - (whether he is gainfully employed or not) - that what his son did would reflect on his position as Sabah Police Commisioner.

Then Hamza should also provide receipts of what was paid for the two cars - let the public see that those cars were bought at a fair market price (unlike those discounts given to that corrupt Selangor MB when he bought that house at a fantastic discount!) - tell us how much it cost to run those cars and the road tax...etc etc...to show that his son can really afford the car...and if everything is in order ...then all these criticism will go away.

If he does not do so...then die lah Hamza! They will not leave you alone.