steadyaku47 comment: This is again from Che Det's blog...I can't help myself from commenting on what he wrote....my comments are in blue italics.

RAJA NAZRIN’S SPEECH FROM THE THRONE

1. It is timely for Raja Nazrin (on April 18) to remind everyone, citizens, political leaders and rulers that ours is a parliamentary democracy with a constitutional monarchy. No one, but no one should for any reason think that absolute power rests with them, and that parliamentary democracy and constitutional monarchy can be ignored.
After what these Royals have done to assist BN take over Perak they can go f@*k themselves for all I care!

Tun you mudah lupa...! Yes in theory our country is a parliamentary democracy with a constitutional monarchy...but under your watch it has been used and abused to harassed and decimate political and civil opposition to Umno, used to allow the pillaging and plundering of our nation's wealth by politicians and their cronies, destroy the very foundation of our ethnic structure by the bringing in of pendatangs not to better the existing social structure of our society but for political gain. BN has also engineered the breakdown of trust between the various ethnic and religious groups for political gain. Their use of PDRM, Civil Servants, the Judiciary and every facet of government machinery for the same purpose has cause the people to regard all these institution with distrust, fear and loathing.

2. We see in other countries citizens trying to deny democratic majority rule by staging massive and continuous street demonstrations so as to overthrow a Government elected by the majority. We also see how often the generals seize power when civilian rule appears to be weak or overthrown by street demos or violence.
How can you say this BN government has been elected by the majority? Since when has 47.38 per cent of votes constitute a majority? Sure BN managed to put to coddle together enough seats to claim 'victory' by a simple majority but this is BN's worst result since the 1969 election and from the look of things, it will only get worse not better!

If you think what we have seen of street demonstrations by concerned citizens are huge and massive...Tun we the people have not even started to show our disgust and contempt at the manner this BN government has continually abused and used the trust the people have place in them to govern this country. The size and frequency of these demonstrations will continue to grow as more and more of our people become more knowledgeable of what our political leaders are really up to while in government and as their demand for change intensifies. Political activism is no longer the purview of those in political parties...it has now gone viral across age, gender, race and religion.

Too many Rakyat now knows that this BN government has been lining their own pockets and the pockets of their families and cronies with money that rightly belongs to all Malaysian. Your own family is the best example of this...but you are so full of yourself that you cannot see what is right at the tip of your nose....but we can!

Have you looked at how rich your children are and asked yourself how they have become so? The following are images of Mukhriz's house... dari mana yang dia dapat peluang peluang business that has made him so insanely rich? 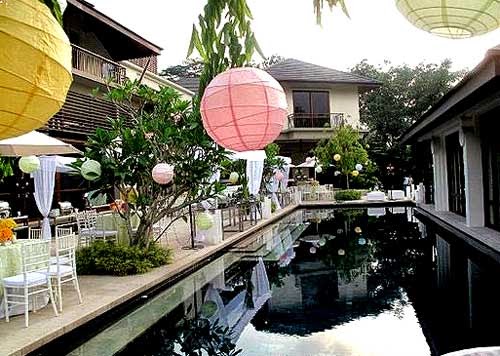 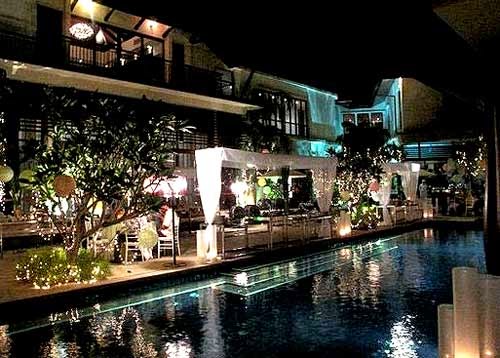 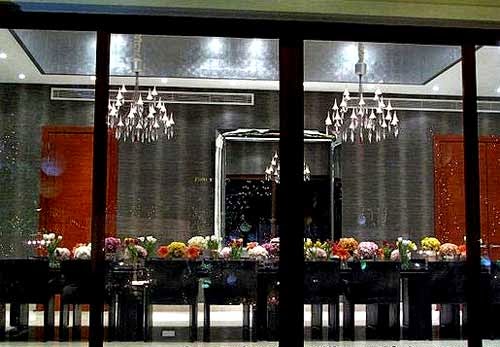 Tun saya bangga bila saya tengok orang melayu kaya...but I draw the line at people like you and your family who have profited from your position as Prime Minister. You have abused our trust by using your public office for personal gain!
3. We also see the elected politicians abusing the powers conferred on them. And rulers too have been known to seize power and carry out unconstitutional rule even in democracies.

Tun did you not abused your position as PM with Ops Lallang, when you were pursuing your vengeance on Anwar Ibrahim, when you cast aside Tun Salleh Abbas as CJ, when you caused Putrajaya,KLIA,the Twin Towers and so many other grandiose projects to be built at such exorbitant costs to our nations?

All these projects, without exception, were also used as a conduit to funnel our money into the hands of Umno politicians and their cronies. And we have still to consider at all the privitization and utilities business opportunities you parcelled out to politicians and crionies that have caused our nation dearly in the past, currently and way into the future...our country's coffer are bleeding money to make so many underserving  Malaysians rich - a costs that our country will continue to be paid for by future generations!
4. When the constitution is ignored and power is seized by anyone, sooner or later, the people will show resentment. This may lead to violence. Once violence is resorted to, it will not stop. And we have seen how demos and violence can overthrow Government whether elected or otherwise. Once such an overthrow is shown to be possible, resort to it will be made even for flimsy reasons. There will be no stability and anarchy may be the result. We are seeing this happen before our very eyes right now.

So entrenched has Umno made themselves in our political structure that so many of us now believe that only massive street demonstration and, if need be, violence, can rid ourselves of this odious BN government! Massive, endemic and systemic corruption are NOT flimsy reasons to overthrow this BN government..and yes tun, we are seeing this happening in Malaysia today...right in front of our very eyes!
5. Malaysia is a peaceful and stable country. We are not prone to violence and assassinations to overthrown dictators or alleged dictators. It is the character of the people, a part of their culture if you like. But no one should invite such actions by abusing their positions.

For sure Malaysia is not prone to violence and assisinations as these are not part of our culture or our character......but Tun is corruption and arrogance by our elected leaders part of our culture and our character? Sadly leaders who are corrupt and arrogant is now our culture! And whose fault is this? Our leaders themselves...and if the people need to show our disgust of these leaders by violence and other means...the people will do so!
6. We must respect the Constitutions and we must always ensure that in this blessed country the rule of law is upheld at a times. We may change the law as provided for by the Constitution. We may even change the Constitution if there is a need to. But we must not resort to extra-legal ways even though they may be non-violent. Nor should anyone take advantage of the reluctance of subordinates to refuse your demands.

And as for the rule of law...is sending armed policemen to deal with villagers - as in Memali  and the deployment of  PDRM's riot squads to wreck mayhem and physical intimidation on demonstrators  part of your rule of law? Huh....rule of law my foot!
7. Democracy is not perfect. It may result in weak or incompetent Governments. But democracy provides for changes in leadership. It may be through scheduled elections, it may also be through voluntary resignations. But no one should bypass the law and assume power supply because the elected Government is weak or incompetent.

Tun you put Khir Toyo as MB of Selangor...you put Eric Cheah in charge of Perwaja....you had so many conniving and dishonest Ministers in your cabinet...were we , the people , able to do anything about it? Huh! The people today will no longer tolerate incompetent governments...we see this today in the last general election....and by the next one we hope the process of change will complete its course.
8. Those in power must always remember that the power conferred on them is not for personal aggrandisement but for the performance of the duties for which they hold their positions.

It is good that you remind others of this Tun....but as they say...do as I say do not do as I do!
9. As an old citizen I hope I am allowed to congratulate, the heir apparent to the throne of Perak for his willingness to say what the rakyat are unable or reluctant to say. The reminder is timely.

Tun are you grovelling here? For what purpose?

One last word Tun...with old age comes wisdom but sometimes old age comes alone....that, it seems Tun, seems to be an apt description of you Tun! Sad but true....
.
Posted by STEADYAKU47 at Monday, May 05, 2014