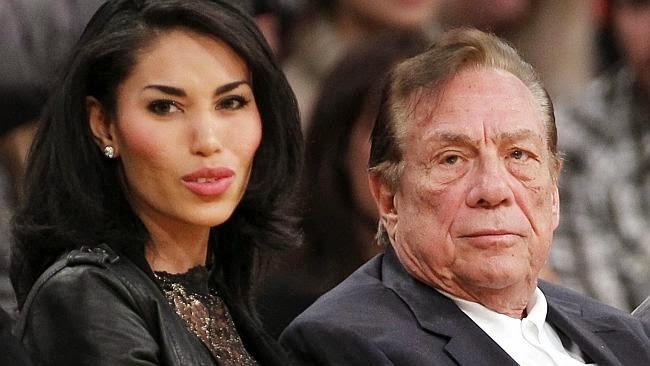 The firestorm of criticism against Los Angeles Clippers owner Donald Sterling over racist remarks he allegedly made while arguing with his girlfriend has extended to several celebrities.
Rappers Snoop Lion (formerly Snoop Dogg), Lil Wayne, Meek Mill and Game posted heated responses to Sterling's comments online.
Snoop Lion blasted Sterling in an expletive-filled video posted to Instagram Saturday, calling the NBA owner a "redneck" and a "racist."
Meanwhile, rapper Lil Wayne, an avid sports fan, said, "If I was a Clipper fan, I wouldn't be one anymore. It's that simple. But if I was a Clipper player, a current Clipper player, you wouldn't see me on the court anymore in that uniform."
Comedian and actor Kevin Hart said Sterling was a "flat out racist" and vowed not to support the Clippers franchise any longer.
"This is disgusting....he has a slave master mentality!!!! This is disturbing and unbelievably sad!!!" Hart wrote in a tweet.
"Donald sterling is the definition of racism," Meek Mill also said in a tweet.
In an audio obtained by TMZ — allegedly recorded during an argument Sterling had with his girlfriend, who is black and Mexican — the Clippers owner tells the woman identified as V. Stiviano, not to bring black people to his games and not to be photographed with black people. Sterling mentions Lakers legend Magic Johnson, in particular, telling his girlfriend that he doesn't want her "associating with black people."
Stirling's estranged wife, Rochelle Sterling, told reporters she didn't condone the statements or believe them.
"I am not a racist and never have been," she said. "The team is the most important thing to my family." Rochelle Sterling has accused Stiviano of being a gold digger and is suing the woman for allegedly stealing $1.8 million from Sterling.
Sterling has found a supporter in Donald Trump, who said this morning that Stiviano and not the Clippers owner is in the wrong.
"It's terrible, he got set up by a very bad girlfriend," Trump said. "She was baiting him and she's a terrible human being."
Trump said that after reading the transcript of Sterling's argument, he could tell that "(Stiviano) led him along" and was "baiting him."
The NBA's biggest star, LeBron James, of the Miami Heat, said the organization should sever ties with Stirling.
"Basketball is huge, obviously the playoffs have been unbelievable, and I hate the fact that something like this has to come out when the playoffs have been unbelievable and the game of basketball continues to grow, but there is no room for Donald Sterling in our league," James said. "There is no room for him."
NBA great Michael Jordan, who owns the Charlotte Bobcats, spoke out on Sunday.
"As a former player, I'm completely outraged. There is no room in the NBA — or anywhere else — for the kind of racism and hatred that Mr. Sterling allegedly expressed," Jordan said. "In a league where the majority of players are African-American, we cannot and must not tolerate discrimination at any level."
Lakers star Kobe Bryant tweeted today: "No. He should not continue owning the clippers. #nochance #noway #nohow." Within minutes, Bryant's tweet was retweeted and favorited nearly 5,000 times.
President Barack Obama also addressed the situation, during a news conference on Sunday with Malaysia's prime minister, calling the comments "incredibly offensive racist statements."
Clippers players staged a silent protest Sunday in their playoff game against the Golden State Warriors. During warm-ups, players wore their T-shirts inside out to hide the team logo. They wore their team jerseys during the game, in which they were defeated.
The NBA says it is investigating the recording.
Posted by STEADYAKU47 at Saturday, May 03, 2014