There was a time not so long ago when there were  only Malays who live in kampongs and those who don't. I was amongst those who don't. From the few and infrequent times I visited relatives living in kampongs what was obvious to me was that there was poverty amongst many of them.  What I took for granted in my life - electricity and running water was still not to be found in most kampongs then. Theirs was not a life I would want for myself what more wish it upon others.
Since then the nature of Malay society have changed.

There are still Malays living in Kampongs - the euphemism preferred by many to identify these Malays is "rural" but rural or kampong, these Malays still live in poverty.

The circumstances of their plight hints at political expediency.

Like the pendatangs that have swelled the electoral reserves in favor of Umno, the rural Malays votes is kept in Umno's safe deposit vault to be raided at will to replenish any shortfall in Umno's electoral  numbers - thus it is expedience for Umno to have that reserve there for the taking.

Half a century after Merdeka the lot of the rural Malays are as they were before Merdeka with some concessions to progress - electricity, running water and the inevitable Umno presence at ground level overseeing it's investment in ensuring that the rural Malays will continue to be the bulwark of Umno's political power base. And in this work Umno has been largely successful.

The Urban Malay interests in politics, in their social and economic well being has meant that the Malay society is no longer a single unified entity with two distinct factions - the rural Malays and the urban Malays. There is now a complex social structure within the Malay society that defies any attempt to define "Malay interests" in any political, social or economic sense.

The are Malay living in villages eking our a contentious living below the "poverty level". And then there are Malays who think a $1200 hair job as being affordable but a bit pricey. 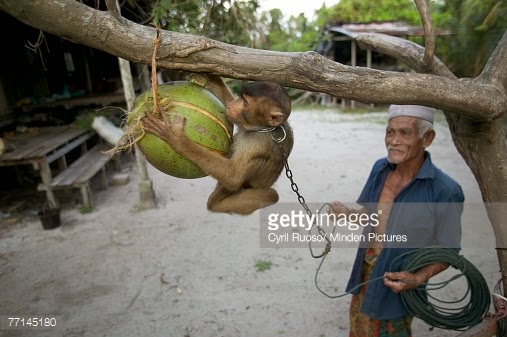 The gulf between the Malays who are rich and Malays who are not, is not only physical, emotional and political but more critical it has become a festering sore that threatens Malay unity of any kind for each have their own priorities that transcend race, religion and any sense of King and country.

There are now Malays activists battling other Malays on the social and economic front for more parity and equality for all Malays.

There are Malays battling the non-Malays in their attempt to take back from the "others" what they consider to belong to the Malays - but what they are mostly fighting for is really more money - whether that money comes from the Chinese or the Government is beside the point - just give them more money.

There are Malays who have taken to politics to do the same battle, albeit along ideological lines, colored by racial and religious overtones all to do with the Malays - and the shouting match as to who amongst them is more Malay are already loudly apparent. In Umno the darker the color of the Malay the louder they shout...and Umno has yet to feel the onslaught of the pendatangs who are yet to seek political representations of their own. Imagine what that will do to the "Malays" when that happens!

Wherever they are and whoever they may be, the Malays are no longer the people they once were when the British gave Malaya independence.

But all things considered, there are now Malays who already have within their grasps all the political might they may need, to do what they want for the Malays.

Umno wants the Malays to control the rice trade - and it is done though in reality it is ONE Malay that controls the rice trade and the profits from a rice monopoly goes to that one Malay.

Umno wants the Malays to control the Bank, the insurance companies and the various multi-national corporation. And it is done but the Malays are the Malays from and in Umno together with their families and cronies. The Malay mass are not party to these "business opportunities".

This "what Umno wants Umno gets" theme is repeated across all that has been promised to the Malays when Ketuanan Melayu became the rallying cry of Umno on behalf (so they say) of the Malays. After Umno are done with taking what they want from what should be the Malay dues, what is left for the Malay mass are crumbs!

So who amongst the Malays do Umno now champion? Themselves?

That is the question that Umno now needs to address. The Malays know that political power are in their hands. The country leaders are Malays. Government policy favors the Malays. The education system and structure favors the Malays.The Malays lack for nothing that they need for economic advancement and political domination and yet what defines the Malays today is the irrelevance of the very political party that has made all this possible for the Malays - Umno!

Umno today is irrelevant for most Malays.

The reasons for its irrelevance is many but none more significance that the fact that Malays today join Umno for financial gain - not for King, not for country, race or religion. And so everything Umno do in government is directed towards that matalamat! And the position of its president reflects that too - he is the source of the gravy train from which all others within Umno partakes.

But not so the one that Najib is now facing.

Already the "costs"  of keeping himself as President of Umno and Prime Minister of Malaysia has run into the billions. These are sums beyond even Umno's ability to provide for and so it has to come from outside Umno. From our nation's treasury - public money, our money. And in sums that can no longer be ignored because it has already affected the economic state of our people, our nation and our future adversely.

And still it continues.

This is why the keeping of Najib as President of Umno and Prime Minister of Malaysia is no longer Umno's decision to make. It is ours - you and me...the public...the rakyat!

From the time that Najib entered politics as MB of Pahang at the age of 29 to the time he was appointed PM at the age of 56 his time in politics has always been one of "waiting for an accident to happen".

Many accidents have happened along the way but always there have been others who have been able to sweep things under the carpet and allowed Najib to continue his self destructive path ever upwards and upwards in Umno and in Malaysian politics - and none know this better than Mahathir himself!

And it has been so until now - now that he is Prime Minister.

As PM there is no one but himself to take care of himself. And he has failed, failed miserable from the time he took it upon himself to take Perak from Pakatan Rakyat after the 12th General election, failed to clear himself of being involved in the murder of Altantuya  and failed in many other ways   - and today he has failed again with 1MDB.

And in between Perak and 1MDB the most glaring failure that Najib had inflicted upon himself is his failure to understand that the people of Malaysia will not condone a Prime Minister who has failed them morally.

Umno had failed the Malays.

Najib has failed the people of Malaysia.

Many Malays have already abandon Umno and many more have abandon Najib.

We already know Najib cannot bring victory for Umno in the coming polls. How long do we have to wait for that first significant flicker of recognition from within Umno to tell them the same thing?