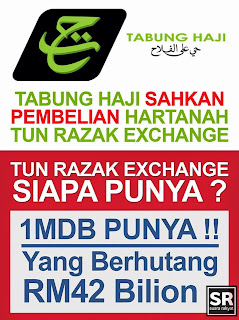 Before that Policeman call Khalid start any investigation on Najib using Tabung Haji's money to bail out 1MDB can I just throw some advice his way.

This is getting the Pak Chik and the Mak Chik really really upset....so tread carefully before you go and arrest the messenger because if this message of  Najib using Tabung Haji's money to rescue 1MDB did not go out...God knows how much money will be left in Tabung Haji by the time that bloody Chairman of theirs and Najib finish trying to help 1MDB with Tabung Haji's money!

That guy who leaked that information is a hero in as far as these Pak Chik and Mak Chik are concerned.

So if any investigation is to be done....investigate why or who made that decision to spend money that the Pak Chik and Mak Chik were going to use to go to the Holy Land to save 1MDB.

Those Pak Chik and Mak Chik are the very people that Umno depends upon for votes at elections! So tread carefully Khalid lest you upset them! You upset them you also upset Umno....I do not think Umno will like their Barua to do anything silly like that! 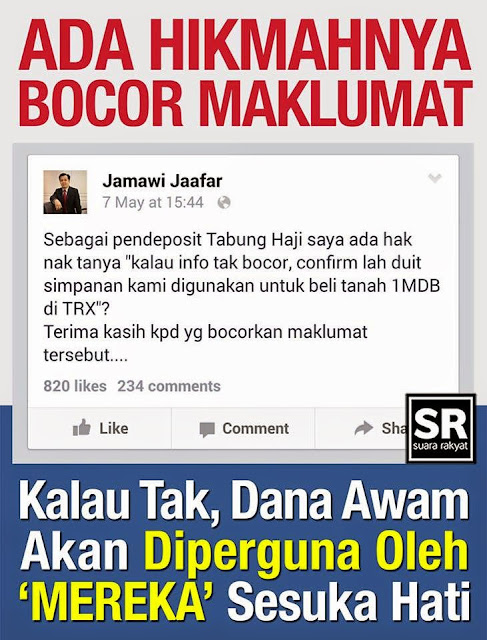 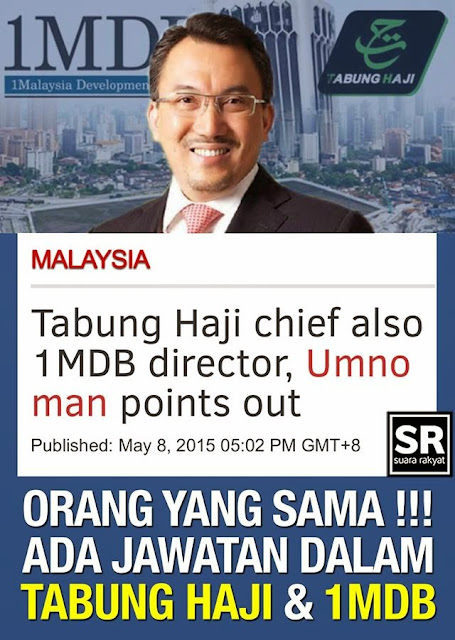 Former prime minister Tun Dr Mahathir Mohamad is demanding that the land deal between Lembaga Tabung Haji and 1Malaysia Development Berhad be called off immediately. – The Malaysian Insider pic, May 8, 2015. Former prime minister Tun Dr Mahathir Mohamad is demanding that the purchase of land by Lembaga Tabung Haji from debt-ridden 1Malaysia Development Berhad (1MDB) be called off immediately.
- See more at: http://www.themalaysianinsider.com/malaysia/article/call-off-tabung-haji-1mdb-land-deal-says-dr-m#sthash.lNPrbt95.dpuf
Police are looking into using the Official Secrets Act (OSA) against the perpetrators behind the leaking of Tabung Haji's land deal documents with state development fund 1Malaysia Development Berhad (1MDB).
Inspector-General of Police Tan Sri Khalid Abu Bakar today said after studying the report lodged by Tabung Haji chief executive officer Datuk Johan Abdullah, the case has been classified under the Official Secrets Act 1972.
He said police would call up those identified in the case, including Tabung Haji top officials, for questioning soon.
- See more at: http://www.themalaysianinsider.com/malaysia/article/probe-on-tabung-haji-leaked-land-deal-to-be-investigated-under-official-sec#sthash.YEu0RTGG.dpuf
Tabung Haji leaked land deal to be investigated under Official Secrets Act, says IGP - See more at: http://www.themalaysianinsider.com/malaysia/article/probe-on-tabung-haji-leaked-land-deal-to-be-investigated-under-official-sec#sthash.YEu0RTGG.dpuf
Posted by STEADYAKU47 at Friday, May 08, 2015