The Sultan have complete trust and belief in the leaders of his state to work things out amongst themselves! What does he do? He goes overseas. Ditto for our Prime Minister....he is somewhere in Europe on holidays. Now tell me...if these leaders do not care a damm about the situation in Selangor ...why the hell should we?

From what politicians from Pakatan Rakyat and Barisan Nasional have been saying these last few weeks about how committed they are to  ethics and morality in politics you would be forgiven if you thought that a Fatwa has been passed by JAIS, Jakim or Perkasa damming all YB's and politicians (Muslims and non-Muslims) as being liars and unprincipled.

Or worse still, our Prime Minister has just called a snap general election because he wants to have a firm and overwhelming mandate from the people of Malaysia to govern over the nation and bring "progress and development" to our nation! And I am saying this with a straight face because in JAIS, JAKIM, Perkasa and Najib religious and executive power resides - so anything is possible....(ok lah not Perkasa...but Berahim Berok always adds comic relief to any situation...and you and I know that the situation in Selangor needs comic relief!)

Actually all this ethics and moral overload is not due to any of the above....it all has to do with  the kemelut in Selangor.

We know that Lazarus and Jesus Christ came back from the dead. So has Tan Sri Khalid Ibrahim!

After his own party has expelled him and chosen Azizah to be his replacement....... Khalid is back from the dead because he is still MB...at least for now!

How long he will remain undead is not certain....hopefully he and any other MB's wannabes (Azizah and Azmin included) will not drown in a sea of noble intentions in their haste to win the public trust and confidence.

Let me list a few of the noble things that are being done (NOT) by Khalid, Azizah and these YB's:

And all this is happening because, as Kit Siang puts it...."six years of work gone in 4 days...four days of madness". Kit Siang forgot to mention vaulting egos!

Khalid wants to remain as MB and Anwar Ibrahim wants his wife Azizah to replace Khalid....the 1.1 million inhabitants of Selangor be dammed!

Kit Siang also talked about there being nothing more unprincipled or dishonorable than to reduce the PR Selangor MB crisis into a game of numbers when the greatest challenge is to restore public trust and confidence in Pakatan Rakyat. Really? And yet they ask the Aduns to sign letters of support for Azizah to show Tuanku that they have the numbers!

Since when has any right thinking sensible Malaysian see politicians as being principled and honorable men! When?

When the hell did these elected representatives ever got our trust and our confidence?

These YBs think that they must do this and do that so as to not fail the people...really? Do they think that all this time because they have been doing "principled and honorable " things they have had the peoples trust and confidence? Huh?

Khalid says that the people of Selangor wants him to stay as MB. PKR says that they must have Azizah as MB so that she can bring further development and progress to Selangor. Why can't they both work together so that Selangor will have the MB they want (so said Khalid Ibrahim) and Selangor can have further development and progress with Azizah working with that Economic Advisor to PKR Selangor Anwar Ibrahim....or are these two aims incompatible?

And they all insists that everything is for the people of Selangor! Really?

While all this happening we must all take comfort at how our leaders are handling the situation.

The head of Selangor, the Sultan have complete trust and belief in the leaders of his state to work things out amongst themselves! What does he do? He goes overseas.

Ditto for our Prime Minister....he is somewhere in Europe on holidays.

Now tell me...if these leaders do not care a damm about the situation in Selangor ...why the hell should we? 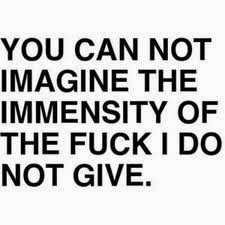