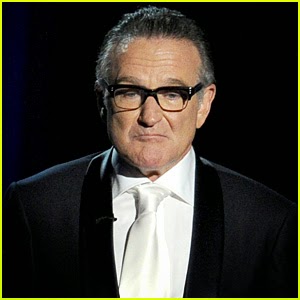 Much-loved comedic actor Robin Williams has died in an apparent suicide, at the age of 63, it has been confirmed.
According to a statement from the local sheriff the cause of death is suspected to be due to asphyxia.
Emergency crews were called to Williams's home in Tiburon, California, around 11:55 a.m. local time, where Williams was found unconscious and pronounced dead at the scene
"Robin Williams passed away this morning. He has been battling severe depression of late," the Marin County Sheriff’s Office said.


Robin Williams undoubtedly had a profound impact on Hollywood over the years, and celebrities are taking to Twitter to express their sadness over his sudden death at the age of 63.
The legendary actor’s on-screen daughter from Mrs. Doubtfire, Mara Wilson, was one of the first to address the tragic loss.
“Very sad, very upset, very glad I did not have to hear about this though Twitter. Probably going to be taking some time off it for a while,” shetweeted.
Meanwhile, his License to Wed co-starMandy Moore wrote, “Honored to have worked w such a bright light and brilliant man. Love and prayers to his family and friends. #RIPRobinWilliams”
Our thoughts are with Robin‘s family and friends during this difficult time. In case you missed it, read the heartbreaking statement from his loving wife Susan Schneider. You can see below for more reactions from stars:
Miley Cyrus: “I can’t take the Robin Williams news. I’ve never cried over someone I’ve never met but I can’t stop”
Katy Perry: “So sad about Robin Williams…”
Lindsay Lohan: “Mr. Williams visited me the first day of filming The Parent Trap. I will never forget his kindness. What an enormous loss. My condolences.”