The rantings of Kassim SA.

steadyaku47 comment: Is this the ranting of a lunatic or the steady deliberation of a wise and worldly Kassim SA? A man in tune with the way things are in this world of ours? Knowing Kassim from my days in London and then Penang I have my views but I would prefer to keep my views to myself because this Kassim is one serious dude...I kid you not! Whatever you may think...this is a good read.

With thanks to Kassim SA. 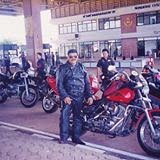 Bala Pillai, you shared a link
<http://www.france24.com/en/20140813-france-arm-iraqi-kurds-against-jihadists-coming-hours-hollande-weapons/>
about France preparing to arm Iraqi Kurds against jihadists 'in coming hours'.
I posted this comment in your fb:

''That's how they keep the weapons industry going. Much like a local council provide employment for 2 persons: one to dig a hole and the other to fill it up.''

Following that, I would like to add my thoughts on this merry-go-round economic activity that involves the pharmaceutical, financial and weapons industries.

Having developed the atomic bomb at great expense, the US had to drop it somewhere to see how it works. They found the perfect opportunity when Japan was allowed (repeat, was allowed) to attack Pearl Harbor. The US chose Nagasaki and Hiroshima to see what damage the atomic bombs could do.
Then Monsanto developed the defoliant Agent Orange and persuaded the US army to try out its effect on Vietnam - all 19 million gallons that Monsanto produced to keep their profit close to the sky.
Then in the 70s when the Arabs withheld oil delivery to the west, the world realised its dependence on oil. Back then, the US alone consumed no less than 16.5 million bpd. The world production stood at 60 million bpd, of which more than 60% came from the Mid-east, Africa & the Soviet Union. Petronas then was a mere collector of oil royalties.
So, to secure the uninterrupted supply of oil, the US and its allies had to ensure that those who rule over territories where the oil resides will comply with US wishes. The compliant rulers are offered protection against any form of inconvenience by anyone, while those non-compliant leaders are replaced with those who will comply. As they say, the ends justify the means.
With the huge funds available from the flourishing oil trade, Wall Street had to create economic activities for which they would willingly provide the funds. So, Monsanto switched to genetically modifying genes to produce food for the world. This artificial food creates health issues for the world. Then the pharmaceutical industries came to the rescue with drugs that will cure one health problem and create 2 new ones.
Meantime, Boeing and others in the weapons industry had access to cheap funds to carry out research into developing weapons that is more effective in killing targets without any loss to the US army (except to their taxpayers, of course). So, the US was persuaded to use them where they are most needed: the middle-east which produces 31% of global oil production.
And that, in short, summarises my thoughts on why the US and the west is perpetually searching for the slightest excuse to ensure that oil continues to flow freely to oil (pun intended) the pharmaceutical, financial and weapons industries, courtesy of the financial industry.
And now you might want to think again why they want us to believe that the al Qaeda were responsible for 911 and Russia was responsible for bringing down MH17. The west gave their presstitutes a free hand in screwing the minds of its readers.
For as long as people are divided between the zionist genocide of Palestine, and that ''my god is greater than your god'' (or more recently when someone said ''your god said my god is great''), these industries will prevail while innocent lives will be lost caused by these industries.
Posted by STEADYAKU47 at Thursday, August 14, 2014