What if Batman, Spiderman and the Hulk were Indians......

'There is art as a lifestyle and there is life as a style of art'. This is how Delhi based artist and graphic novelist Raj Kamallives his life. After training to be a graphic designer, his life took a turn as he became an ad man. But even lately it's something completely different from creating illustrations and graphics that has made Raj quite famous in the virtual world.
Recently, a string of artwork on super heroes including the likes of Batman, Superman, Wolverine, The Hulk and Wonder Woman began to circulate on social media. Now, that's not something that's uncommon. Fans have been drawing renditions of comic book characters for years now. But what makes Raj's designs stand out, is that they are world famous super heroes with completely Indian likenesses.
Here's a look at some of them, while Raj explains how and why he did the whole project.
"I am not here to make a path breaking statement, I am glad I am burdened by no such perceived responsibilities. What I aspire to do is just to present the super heroes I have grown up with, as seen through my red glasses. I do what I see, and I breathe out what I inhale. So the super heroes I actually see in my mind are little figments... alternate from the alternate reality if you may...They have taken color of India, attributes of people I know. They have soaked up all that is going on in and around me...so here they are... for what ever they are worth." 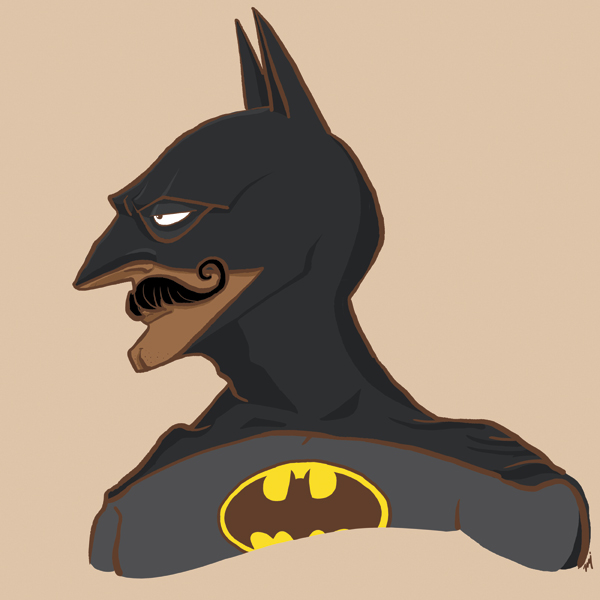 "Before this, I was working on this on other project, it was a photo project called Batman in India. Whenever I was going back home to Calcutta or roaming around in Delhi, I would carry my figurines along with me, taking them to restaurants and stuff."  Raj believed that that those people who are seeing India for the first time with all the diverse cultures and traditions of the country, they sometimes get a culture shock. That's when he began to think, 'what would Batman do if he came to India, what would he see, what would he do.' 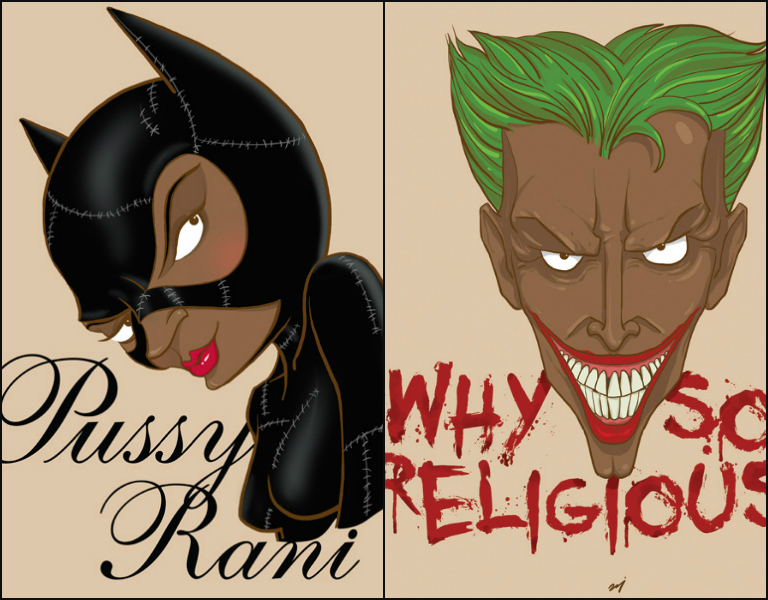 "So that's how that began. I continued the Batman project for two-three months, and then I began to think, what's next?" That's when things really snowballed explains Raj, as he began thinking of other super heroes. "I decided to put my art college background to use, deciding to draw out other superheroes. You know, when we go for movies and stuff, we always see Caucasian superheroes, but what if there were super heroes lurking around us in India as well?" 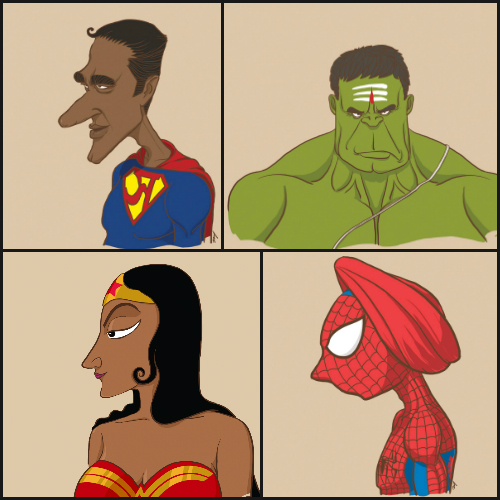 So I decided to draw out Indian versions of famous super heroes like Superman, Wonder Woman, Spider-Man and The Hulk. I thought how would it look for an Indian Batman to be seen in a famous Calcutta yellow taxi. 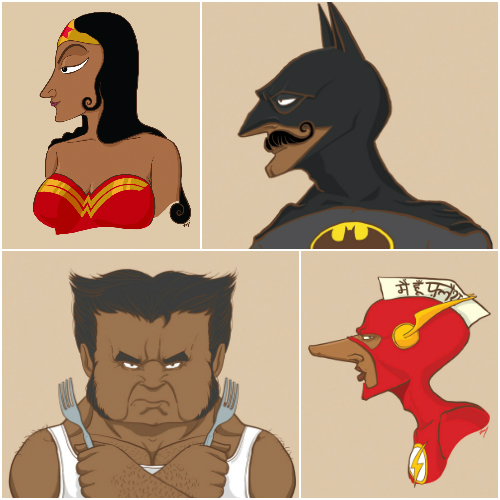 Raj explained his love for comics books stems from his childhood as well, "I used to read a lot, and who doesn't love Batman and the others, we've grown up reading them." He lists Batman, The Phantom, Wolverine, Wonder Woman and The Flash as his favourites. 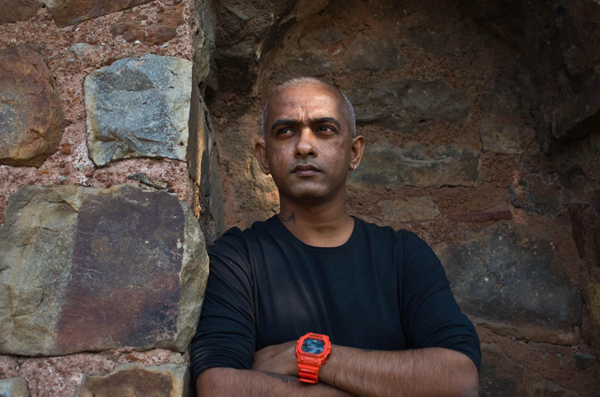 "The artwork was for me, I was not trying to prove any point. It was just a fun project I wanted to do, I still don't understand why this got so much traction. It still surprises and baffles me why people love this!"
Posted by STEADYAKU47 at Friday, August 22, 2014