KUALA LUMPUR, June 9 — Troubled government conglomerate Sime Darby Berhad today signed a corporate integrity pledge with the Malaysian Anti-Corruption Commission (MACC) as part of its efforts toward rehabilitating its image.
However, MACC chief Datuk Seri Abu Kassim Mohamed explained that the pledge was voluntary and non-regulating.
“This pledge is voluntary. They will come out with what they are going to do for this year. Then they will report to us about what they have done.
“We are going to discuss but it depends on company policy whether the report is going to be made public. But what is important is that the company is doing something concurrent with government policy,” he told reporters today.

Is this for real? Sime Darby signing a corporate integrity pledge? What does that pledge entails? Same as PDRM pledge to do away with corruption?

which over time became this:

It did not really take that long to go from saya anti rasuah to saya nanti rasuah more like two shakes of a monkey tails..if you get my drift.


What about this pledge on the right to Oil Royalty for Kelantan?


The Petroleum Development Act is thus of unusual significance. It makes possible an agreement whereby the State Government first vests irrevocably all its “powers, liberties and privileges” in respect of Petroleum lying onshore or offshore of its territory in PETRONAS. “In return” says a second agreement, PETRONAS “shall make to the Government a cash payment in the form of a yearly sum amounting to 5% of of the value of the petroleum won and saved in Kelantan and sold by Petronas or its agents or contractors.” 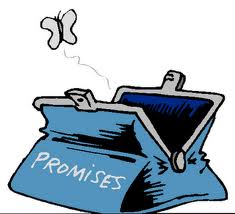 In as far as the BN government of the day is concern, the pledge to pay the 5% oil royalty to Kelantan is applicable as long as Kelantan is under Barisan Nasional rule. No BN state government. No oil royalty.


Here is a pledge from Najib made most probably when he was floating in one of his "transformation" cloud!


Malaysia PM pledges no cover up in port scandal

KUALA LUMPUR | Wed Nov 4, 2009 4:55am EST
Nov 4 (Reuters) - Malaysia's government said on Wednesday it would prosecute any wrongdoing in a state-backed multi-billion dollar port project that has been dogged by accusations of mismanagement and cronyism. 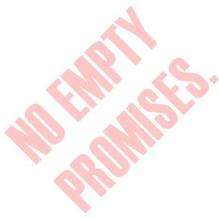 Prime Minister Najib Razak said the government would look at a report by a parliamentary committee urging it to investigate a former transport minister and other officials in connection with the port scandal.
The report by the Public Accounts Committee came as Najib is under scrutiny over whether he will deliver on pledges to root out corruption in government and his own party to boost investment and its appeal to voters.
We are still rooting for Najib to root out corruption in government!
Najib also did pledge to the Teoh Beng Hock family in July 2009 that “no stone will be left unturned” in finding out the real cause of Teoh’s death and that he and his entire cabinet will give their full attention to this  "no stone will be left unturned" pledge. We are still waiting...maybe there are too many stones to unturn? He should get the entire cabinet to help....many hands make light work!
I think we have had enough of all these pledges made by anybody who is yearning for his 15 minutes of fame on the local dailies. No need to pledge. Just go and do your work honestly. As far as I am concern about the only pledge I I want all of you to make is the following: 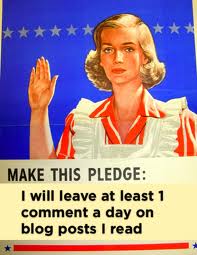 Do it and I will be a very happy man indeed.