Can all sensible, sane and clear headed people do this.
Not for Pakatan Rakyat.
Not for DSAI.
Not for Lim Kit Siang.
Not for Tok Guru or Hadi.
Do this for ourselves! For our country! For our people!

Copy the following article on Dr Mohd Khir Toyo and send it to each and every person whose email you know.
Post it on your Facebook.
Twitter it.
Post it on your blog.
Print as many copies of it as you can and go distribute it on the streets!
We have to make sure that every one in Malaysia know about this by the time Malaysia wakes up tomorrow!

That you can buy a RM6.5 million house for RM3.5 million

BUT ONLY IF YOU ARE MENTRI BESAR
OF A BARISAN NASIONAL SELANGOR! 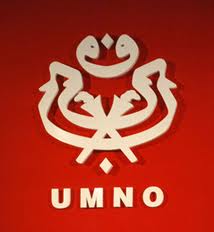 Khir (centre) was stripped of his datukship after he was charged with land fraud. — file pic
SHAH ALAM, June 8 — Dr Mohd Khir Toyo only paid RM3.5 million for two plots of land and a bungalow, which the seller had originally bought for RM6.5 million, the former Selangor mentri besar’s graft trial was told today.

Property developer Saiful Aznir Shahabudin testified today that he sold his properties, which are located in Section 7 here, to Ditamas Sdn Bhd director Shamsuddin Hayroni in December 2004 for RM6.5 million.
“I asked for RM7 million,” said Saiful at the High Court here today.
“After some discussion, we agreed on RM6.5 million for both lots and the house,” added the CEO of Syarikat Permodalan Kebangsaan Bhd.
Posted by STEADYAKU47 at Wednesday, June 08, 2011