ANAK TUN RAZAK AND TOH PUAN RAHAH, BROTHER TO NAZIR, COUSIN TO HISHAMUDDIN, HUSBAND TO ROSMAH MANSOR IS NO. 2 ON THE MOST CORRUPT LIST. 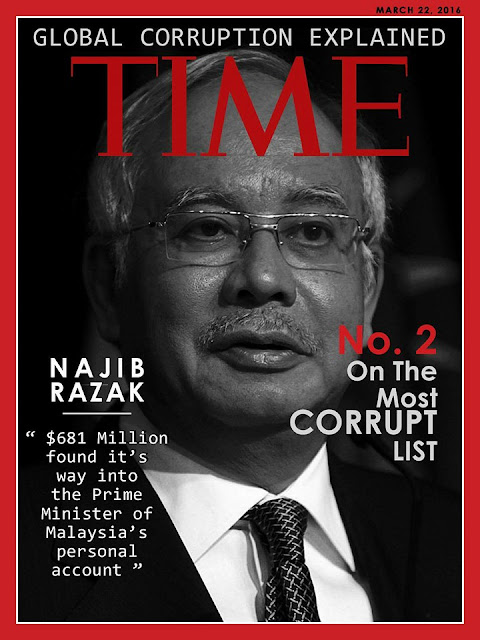 2. Malaysia
That’s not the case with Malaysia. In 2009, Malaysian Prime Minister Najib Razak established a sovereign wealth fund called 1Malaysia Development Berhad (1MDB) to help the country attract foreign investment and boost its economy. Long story short, by 2015, 1MDB owed investors $11 billion. As investigations of the state fund got underway, it was revealed that $681 million dollars had been deposited into Najib’s personal account. The prime minister copped to the money transfer, but claimed it was a “gift” from the Saudi royal family, about $620 million of which he says he has returned. Two weeks ago, the 1MDB investigation uncovered that the total routed into Najib’s personal account was actually about $1 billion.

Malaysia is a de facto one-party country. All of the country’s six post-independence prime ministers have come from the United Malays National Organization (UMNO). That’s why Najib owes his position to his party, not to the Malaysian people—good news for a man currently polling at 23 percent, the lowest ever for a Malaysian head of government. He has spent the last half-decade strengthening his position within UMNO, and the past year since the 1MDB scandal broke purging his party of potential adversaries. This past summer, Najib fired his attorney general, who had been leading the 1MDB investigation. Malaysia exemplifies how corruption drives can fall short in countries with a single political party and weak governing institutions. 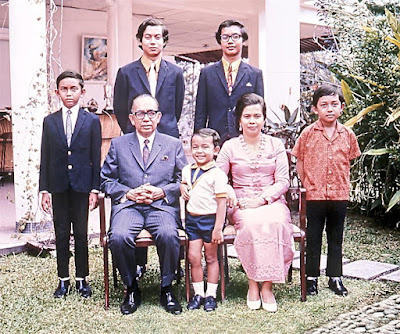 Najib Razak is to your left standing in the back row with
his parents, Tun Razak and Toh Puan Rahah, and siblings. 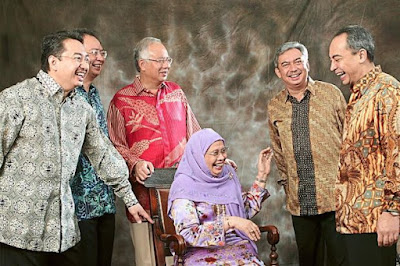 Najib is the one in the Red Batik Silk Shirt with his siblings and
mother Toh Puan Rahah in happier times. 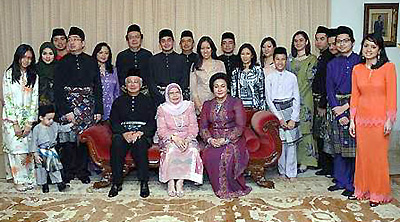 The whole damm gang.....what would I give to find out, whom, among them are living off the proceeds of Najib's corruption!
Posted by STEADYAKU47 at Wednesday, March 23, 2016