Sirul Azhar : Can his Malaysian Lawyers get Sirul what Sirul wants? Let me tell Sirul why this will not happen! 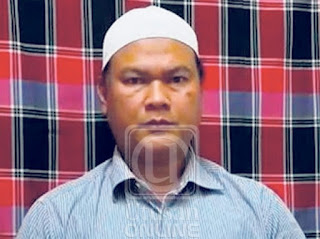 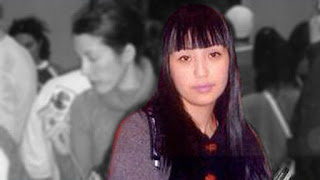 For those of you who think that Sirul has something earth shattering to say about the murder of Altantuya....please lah....THINK!

He did not ask Chief Inpsector Aziah why Altantuya's body was to be wrapped in C4 after they have shot her dead with two shots to her head. He followed the orders of Chief Inspector Aziah to the best of his abilities.

What about Chief Inspector Azilah? What did he know of Altantuya whom he was  about to terminate and then blow to pieces?

As much as Corporal Sirul knows.

Just a thought. Razak Baginda was in trouble because Altantuya knew too much about the Scorpene Submarine caper - and she threathen to reveal all if she was not paid her dues. As Aide to Najib Razak, DSP Musa Safri takes instruction from Najib Razak not from Razak Baginda. Razak Baginda is a good friend/advisor to Najib Razak. In the trouble that Razak Baginda was in, DSP Musa Safri will only act with specific instructions from his boss, Najib Razak, to do the neccessary to resolve Razak Baginda's problems with Altantuya! The veracity of what I am saying can only be resolved in a Malaysian Court out to find out the truth and nothing but the truth. That Malaysian Court does not exist at this point of time.
Now on to Sirul.
Sirul does not want to go back to Malaysia. Simply said he has a better chance of staying alive here in Australia then in Malaysia.....but.....and it is a big "but" ....the money, if he can get his hands on it, is in Malaysia!

This is what Sirul wants for himself :

He wants to stay unconditionally in Australia with Azhar, (his sixteen year old son now in Sydney), with his seventen year old daughter (who is now being cared for by friends in KL) and with his mother who is now in Taiping.  In his simple mind what is so hard about that? He and his son are already in Australia and all the Australian Immigartion has to do is to allow his daughter and mother to join him in Australia.

These are his Malaysian Lawyers:

Sirul's Lawyers do what other Lawyers do when they have a client that would be their ticket to a retirement where yachts, mansions and unheard of wealth may be possible...and what did these two Lawyers do?

They Isolate Sirul from anyone and everyone who could possibly give Sirul "advice" that would allow Sirul to think for himself and decide what is best for himsef and his family.

Can his Malaysian Lawyers get Sirul what Sirul wants?

Let me tell Sirul why this will not happen!

This is Australia. Not Malaysia. There are laws and regulations to be adhered to and conditions to be met.

Sirul must convince the Australian Minister of Immigration that it is safe for Sirul to be released into the Australian community. He has to satisfy section 501 of the Migration Act 1958 which refers to the Character, general and criminal, of a visa applicant.

The Minister will not generally  override the provision in the Migration Act where public interest is involved. To do so would be political suicide. The Minister  will not release Sirul, a convicted murderer, into the Australian community.

After the recent airing of "Dirty Secrets" by  60 Minutes and "State of Fear" by Four Corners the Australian Public will be better informed of Sirul and why he is here....and you can bet anything you like that the Australian government will NOT do any sweet heart deal with Malaysian that will allow his daughter to come over here or allow Sirul free to go into the Australian community and make a life for himself in Australi until the Immigration Department is convinced that Siurl clears his character issues - that he committed the Altantuya  murder because he was "forced " to do so...ie that he was not a criminal...just a UTK officer following the orders of his superior.

The Malaysian government wants Sirul to return to Malaysia (because they and the powers that be will have sirul by the balls!....my italics!)

Sirul will not return to Malaysia without being granted a pardon for the killing of Altanayuya and thus become a free man...or he is prepared to go through retrial provided he is guaranteed to be proven innocent of the same crime. And, of course, there is also the matter of the millions "requested" by Sirul.

There is always the possibility that the Malaysian government can give a formal undertaking to the Australian government that it will not hang Sirul and commute his death sentence to life imprisonement.....and ask for his extradition.

What Sirul will do in htis situation is for him to know and for us and the Malaysian governmnet to find out!
So ...stalemate.

How much of all of the above Sirul understand is suspect.

All that his Malaysian lawyers have done so far is appoint this Datuk Ganesan (the Datuk title is from parts unknown because it certainly did not come from parts unknown in Malaysia!) to take care of Sirul's and his son's financial needs in Sydney  - with money remitted from KL (from where and from whom is a matter of conjecture or guesswork)...though I am certain that if you trace the paper trails of all the monies remitted to Dato Ganesan....it will lead to you know who lah.

This has been the situation since February 2015.

Note : More to come with emphasis on what Sirul has to do to stay in Australia, about Siirul 16 year old son living in Sydney on a "bridging visa" and about that myterious Datuk Ganesan with links to the Sultan of Sulu!