I will not forget what other Johor sultans and their kerabats have been up to in Johor, in other parts of Malaysia and in Singapore.....not until a few generations of Johor Sultans have proven themselves worthy of our respect.

steadyaku47 comment :  I have written my thoughts on Johor royalty many times  - most of them uncomplimentary - and here is a link to one I wrote in 2014 whose title is self-explanatory.

The one below by Finance Twitter is a good read.

I have not forgotten what other Johor sultans and their kerabats have been up to in Johor, in other parts of Malaysia and in Singapore. ...and neither should you! That the present Johor Royal Family is making an effort to live up to our expectations of them is commendable but what they have been trying to do in these last few years must not and cannot erase the excesses of past Johor Sultans....not until a few generations of Johor Sultans have proven themselves worthy of our respect.

For me this TMJ is a boy still wet behind his ears...hidung masih berhingus....budak belum bersunat, and should he deems himself otherwise, if not his father the Sultan, then somebody else, should give him a slap on his head and tell him to behave!

And it would do the Johor royal family much good if they do not forget that taking sides politically makes them open targets ...they forget that maybe Mahathir, their sworn enemy, may be within their rifle sights...but when your enemy is within your sights, so are you within the sights of your enemies! 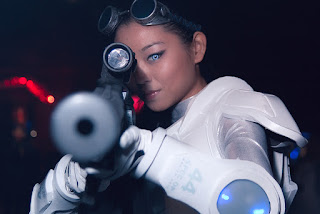 Malaysia is a unique country because besides the Executive, Legislative and Judiciary pillars, the fourth pillar of the country’s Constitution “was” the Monarchy. Add in “Social Media” and the country actually has five pillars in the modern day. I used the word “was” because the Monarchy no longer plays the role it was “designed” to.
In 1983, Mahathir pushed forward a set of amendments to Article 66 so that any law proposed by the Executive and passed by Legislative become law within 30 days, irrespective of whether the Agong (King) had given his assent. Prior to 1983 Constitutional Crisis, the Agong may withhold his assent to any Bills – indefinitely.
The 1988 crisis began with the UMNO political party elections held a year earlier in 1987. Team-A led by Mahathir won with 761 votes to Razaleigh’s (Team-B) 718. Claiming rigging, Razaleigh’s team took the matter to court. Eventually, it ended with the suspension and the removal of Lord President of the Supreme Court Salleh Abas. Judiciary was “downgraded” to being Executive’s minion instead.
After successfully usurped the Monarchy and Judiciary powers in the 1983 and 1988 crisis, Mahathir became invincible as the head of Executive, while theLegislative has been rubber-stamp by virtue of Barisan Nasional (BN) coalition winning two-thirds majority in every national election since Independence – until 2008 when BN lost the customary majority. 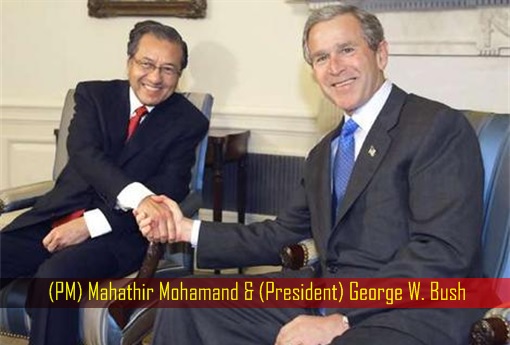 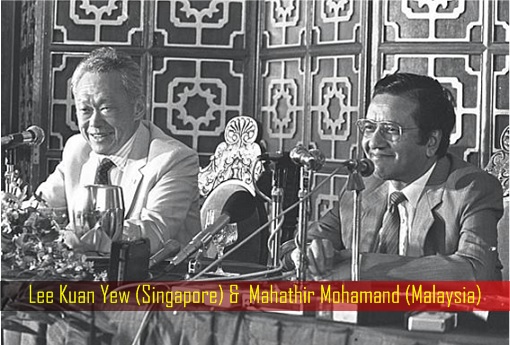 There’s a third Constitutional Crisis under Mahathir Mohamad administration – the 1993 Constitutional Crisis – which involved the monarchs’ legal immunity. Johor crown prince Tunku Ismail Sultan Ibrahim might have opened an old wound, without him realising it, when he reminded the government of the day not to repeat the “thirst of greed and power” episode again.
The then 8-year-old crown prince said – “I will never forget the 1992 constitutional crisis. I remember things such as trying to disband the Johor Military Force, Johor Exco members were told not to receive my late grandfather at the airport, how JKR was told not to fix and maintain anything at any of the Johor Palaces.” 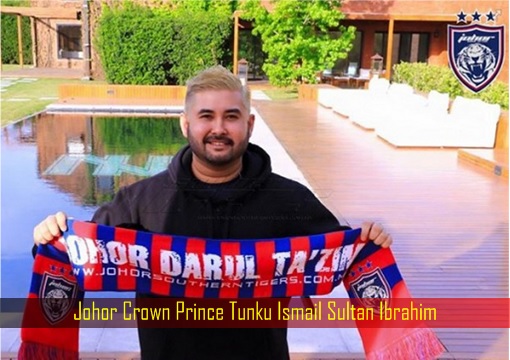 Recalling how his mother was stopped by Malaysian officials upon her return home from Singapore – “I still remember how my family was treated by the federal government officers. She was told to step out of the car because they wanted to inspect everything in the car. I still remember everything and I still remember the individuals responsible for it.”
It was indeed an explosive crisis more than 20 years ago – in 1992 – so much so that foreign mainstream media screamed – “Malaysia Prepares to Strip Sultans of their Immunity”. One of many justifications highlighted by the then Mahathir administration was an assault by Mahmud Iskandar (then Sultan Iskandar of Johor) against a hockey coach – Douglas Gomez. 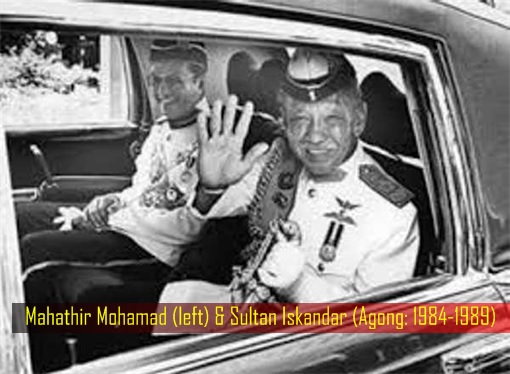 Apparently, Sultan Iskandar’s second prince – Tunku Majid Iskandar (half-brother of current Sultan Ibrahim Ismail) – was suspended from playing in hockey tournaments for 5 years after he was found guilty of assaulting an opposing (Perak) goalkeeper after Johor lost a match. Enraged, Sultan Iskandar ordered the withdrawal of Mr. Gomez’s hockey team from national tournaments.
As a result, Gomez criticised the “royal instruction” for “destroying hockey in the State” and even had the balls to call for the resignation of all key office bearers of the Johor Hockey Association. The angry Sultan Iskandar summoned Gomez to the palace on 30 November 1992 where he was reprimanded and beaten by the sultan, witnessed by his dumbstruck bodyguards.

Douglas Gomez, who suffered injuries to his face and stomach, not to mention a black eye, sought treatment at a private clinic the following day and subsequently filed a police report on 6 December 1992. The assault was widely reported and for the first time, all 96 parliamentarians, including from oppositions, passed a resolution to strip rulers and members of the royal families of legal immunity.
You may not know this but Shahidan Kassim was the UMNO hero who received international coverage for his criticism that Sultan Iskandar and his elder son had been implicated in 23 criminal acts in the last two decades, including rape, assault and manslaughter. Shahidan was subsequently rewarded with Perlis Chief Ministership by Mahathir for accomplishing his mission (*grin*). 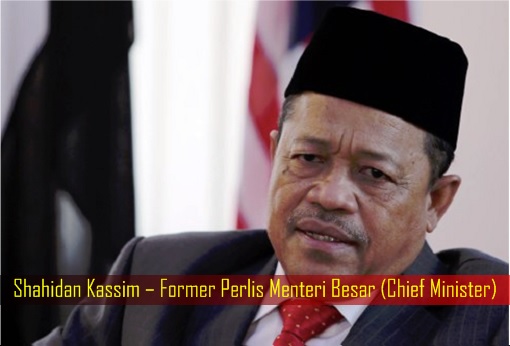 Therefore, let’s call a spade a spade. It wasn’t Mahathir alone in stripping away the rulers’ immunity. All political parties, including the oppositions, and the ordinary folks wanted the God-like Sultans be curbed of its unlimited power. If the Johor crown prince’s grandfather had behaved and delivered a good role model, the rulers’ immunity would have remained until today.
But the Gomez incident was not the first time that Sultan Iskandar had shown his temper. In 1987, while serving as Agong (King), he was accused of attacking a golf caddie at the Cameron Highlands golf club and had eventually killed him. The golf caddy, apparently, laughed when the Sultan missed a golf stroke. Thinking the caddy was laughing at him, the sultan swung his golf club and murdered him on the spot. 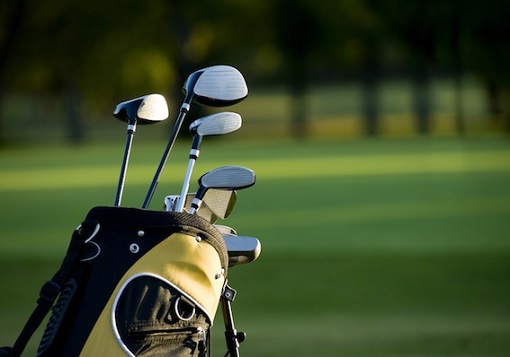 The murder case was swept under the carpet by Mahathir administration. In a way, Mahathir had actually “helped” the Sultanate of Johor. Thereafter, rumours linking the murdered caddy and his brother – private Adam Jaffar – a Malay Regiment soldier who went amok for revenge with his M16 automatic assault rifle in the Chow Kit area, killing an elderly man and wounded several others.
Chow Kit was deserted like a war zone the next day on 19 Oct 1987. Just like the “Rambo” film, Private Adam refused to surrender and requested to meet his superior, a General. The soldier was subsequently persuaded to give up arms, arrested and sent to a mental institution and haven’t been heard of since. 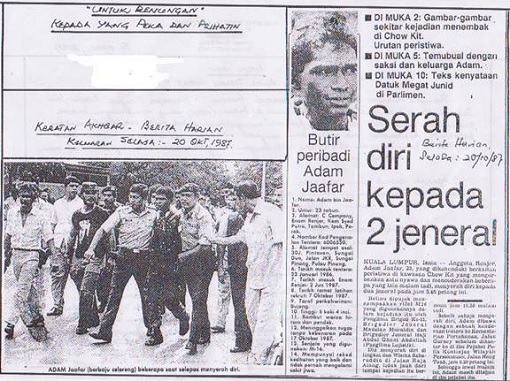 There were also reports alleging that Iskandar would put a shotgun strapped to the dashboard of his Rolls-Royce when he travelled on the roads of Johor, with red light and siren on. Anybody who dared overtaking him would be slapped with exorbitant fines for speeding, or requiring them to perform squat jumps.
Other mind-boggling stories included how Iskandar chained two policemen in a dog kennel for issuing him traffic summon. Together with a case of assaulting 6 people, the chaining fiasco ultimately convinced Iskandar’s father – Sultan Ismail – of stripping him as Tunku Mahkota (Crown Prince) in 1961, just 2 years after he was appointed. 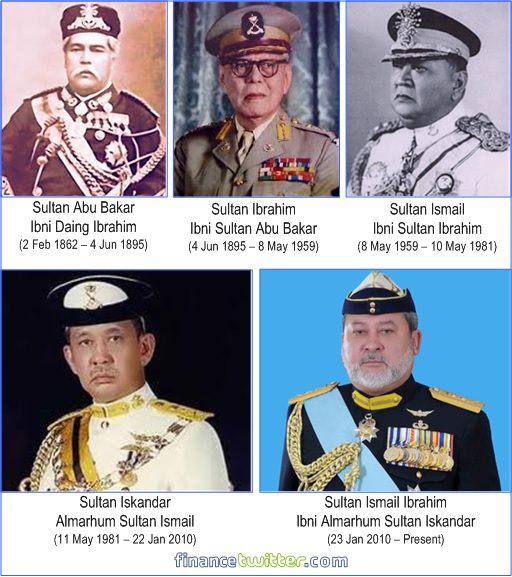 There were also stories about hotels and clubs around the state of Johor would hide their attractive-looking female staff away when Johor royals turned up. In 1973, Iskandar was convicted of assault and was sentenced to 6 months imprisonment. Five years later, he was charged and convicted of manslaughter after shooting and killing a man near his private helicopter.
Fortunately to him, his father, Sultan Ismail, intervened and granted official pardons to Mahmud Iskandar in both cases. Iskandar’s antic gained world’s attention when several British newspapers published pieces on Sultan Iskandar’s coronation with headlines – “Killer becomes King” and “King a Killer” – leading to diplomatic scandal between the United Kingdom and Malaysia. 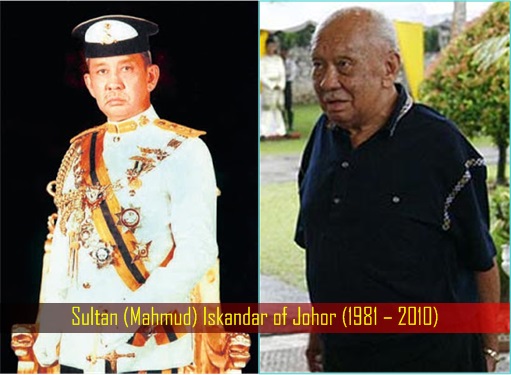 The present Johor crown prince Tunku Ismail Sultan Ibrahim might still feel insulted when his family was stripped away the VVIP treatments during the 1992 crisis. But at least the royal family still lives and travels with “style and luxury”. None of his family members were harmed or murdered in any away. Has Mahathir done the wrong thing by clipping the rulers and families of absolute immunity? The answer is obvious. - Finance twitter