Joan Rivers remains in hospital on life support with family by her side, reports say.
The 81-year-old comedienne is currently relying on a machine to keep her alive after she went into cardiac arrest and stopped breathing whilst undergoing minor throat surgery on Thursday.
Her family are still hopeful that she will be able to pull through.
A source told TMZ.com: "The family will have to decide in the next couple of days whether to keep Joan on life support. The family remains hopeful that if they do decide to turn off the machines, she will make a turn for the better and fight through it."
The 'Fashion Police' host was placed in a medically-induced coma after she was rushed to Mount Sinai Hospital in New York when she suffered serious complications during an operation on her vocal cords at the Yorkville Endoscopy clinic on Thursday morning.
Joan's daughter Melissa, 46, has thanked fans yesterday for their continuous support.
She said: "Her condition remains serious but she is receiving the best treatment and care possible.
"We ask that you continue to keep her in your thoughts as we pray for her recovery."
Joan's health scare came a shock to fans as she appeared to be in "good spirits" the night before the operation when she cracked jokes about death during a performance at Laurie Beechman Theatre on Wednesday night.
She told the audience: "I'm 81 - I could go at any moment. I could fall over right here and you all could say, 'I was there!'"
Celebrities including her “Fashion Police” co-hosts Giuliana Rancic and Kelly Osbourne, talkshow hosts Ellen DeGeneres and Kelly Ripa, and actors Jesse Tyler Ferguson and Charlie Sheen have taken to Twitter to wish the legendary comic a speedy recovery.

Sakmongkol vs Jongsanan "The Elbow Fight" 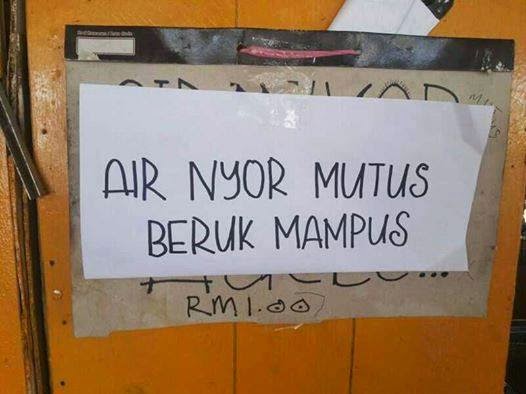 This is the new face of Royalty - the Sultan of Kelantan. 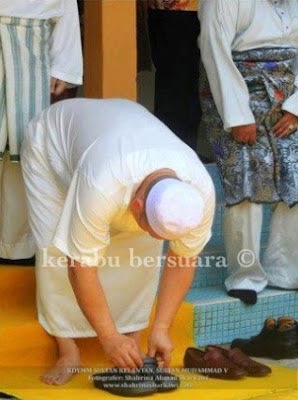 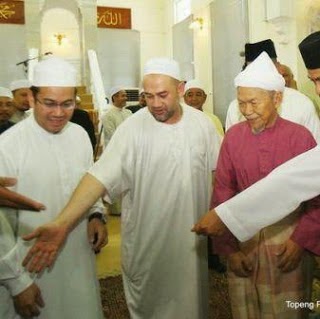 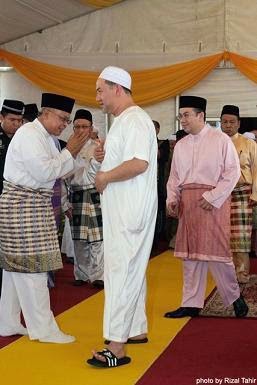 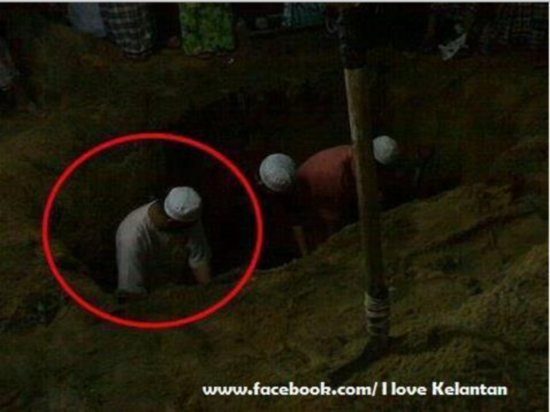 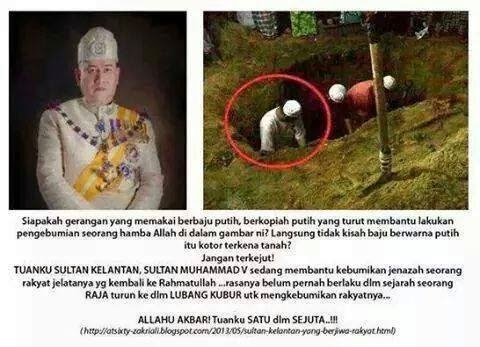 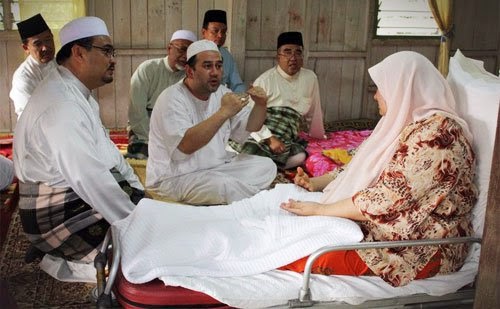 and last but not least...

In Memory of my Uncle - Mahmood Ambak......Besame Mucho.

In memory of my late Uncle, Pa Ngah Che Mood -  Mahmood Ambak....my late Mother's brother...whose soft melodious voice first brought this wonderful evergreen song to my consciousness....and at every gathering at his house I waited to hear him sing this same song......what wonderful memories. And every time I listen to this song it brings back memories of him and of days long gone by. Al Fatihah Uncle.


August 29, 2014, 10:04 am
Rosie Huntington-Whiteley has inadvertently made one lucky toddler's day.

Rosie Huntington-Whiteley may have been flat out in Sydney this week on behalf of ModelCo cosmetics, but the gorgeous supermodel proved she always has time for her fans.
The 27-year old was snapped at the airport overnight alongside a two-year old admirer who was appropriately wearing a shirt emblazoned with the words, "Sorry girls, I only date models".
Simply captioned, 'My cousin met a Victoria's Secret model at the airport', the Instagram picture will undoubtedly be 21st birthday fodder for the lucky toddler.
It's unlikely the image will make it to Rosie's own account however - the supermodel recently confessed to Yahoo!7 that she "feels like a dick" taking selfies.
"I feel like a bit of a dick posting a selfie. But people love them," the supermodel said. "I'm always mindful that I'm not being too narcissistic. I try to convey something that's honest, real and fun and that shows off my personality," Rosie explained.
The model is best known for her time on the catwalk for Victoria's Secret, but like fellow Angel Miranda Kerr, she's since stepped away from the brand.
"I had five fantastic years with Victoria's Secret," Rosie said. "The shows are the most fun thing you can do as a model. But ultimately to [have the chance to] work on my own brand, rather than for a brand, is really where it gets exciting for me."
Posted by STEADYAKU47 at Saturday, August 30, 2014 No comments:


If you have a passing interest in politics and the well being of our Nation, our people and our future then you, like me, must have an interest in the goings on within Selangor.

Let us first reflect on a few of life realities. You will know that in as far as the Law, the Bible, the Koran, the country's Constitution...in fact of anything on any subject that has been discussed, debated by more than two people, you can always find a quote that will embellished or discredit any point of view that you choose to take on that subject.


The Law can be an ass but it can also dispense justice.


Religion teaches one to live a full,useful life and righteous life but religion also teaches you to kill, maimed and murder your own kind and others that irks you and your religion.

The country's Constitution can guide our nation and our people to a future we all aspire too but it can also be a tool for unscrupulous political leaders to use to serve their own vested interest.


In short if I had the inkling to do so, I can write about how Samy Velu, Lee Liong Sik and Mahathir had together ushered our nation into a future that is the envy of any developing nation - even Japan, China and the US of A!


I can write about the good that Pak Lah and that Son in Law of his did while they were both running our country.


I can also wax lyrical about how Anwar Ibrahim alone changed the way politics is done in Malaysia today....for the better or for worse.I can take my pick on this one.


And what I write will have a ring of truth because "Everything we hear is an opinion, not a fact. Everything we see is a perspective, not the truth" Marcus Aurelius.


But in this time of so many deceits and half truths - what is the truth? As Mark Twain says " It's no wonder that truth is stranger than fiction. Fiction has to make sense".


Our sense of right and wrong are warped and turned wrong side up.

How can we even begin to argue that the President of PKR  - the same PKR that has twice gone through a party election process that is flawed and without integrity, be the MB of the richest state in our nation - Selangor? If you cannot preside over your own political party how can you preside over a State?

Very soon you will see Umno spin DAP on its head by insisting that the Chinese are now embolden by their electoral success to now take arms against the sacred Malay institution - the Royals.. First the Royals, then Islam and then comes the Malays......shades of May 13th here! And this can be done quicker than two shakes of a cat's tail!

PKR itself will be the subject of ridicule and punishment as first the people of Selangor are whipped into a frenzy by that "menderhaka" slur upon their own Sultan and Malays elsewhere will then come on board as the Umno roadshow goes on a nationwide road show  - this time to beat the drums for the institution of Royalty!

All this will be accomplished not by a resurgent Umno that has somehow managed to reverse the swing that went against them in the last general election...no Sir ! Not by Umno but by the Anwar Ibrahim, Kit Siang, PKR and DAP......in that order of responsibility. All the President's men in PKR are party to this debacle and yet are blind to anything but their own inability to see beyond their self interest!

You mat not agree with me on this. You may even want to debate with me...but as I have said there are always two or even three sides to any argument. Should we not have this robust debate after PR is in Putrajaya - because is that not our matalamat? We are not there yet are we?

After the last general election have not the road to Putrajaya become within reach?

Have not the people of Malaysia given a mandate to Pakatan Rakyat and crowned them the "government in waiting" at the last general election?

But what has Pakatan Rakyat done to build on that mandate and what has it done to tell the people of Malaysia that they are indeed worthy and deserving of being that "government in waiting?"

You and I have been witnessed to the squandering of that trust and mandate given by the voters to PR.

Whether it was PR inability to show beyond a shadow of a doubt that the electoral process was tainted and flawed by massive electoral fraud or the subsequent opposition led Blackout 505 Movement rallies that was not going to stop until after PR was in government......... all this ended with a whimper and in the process left the majority of Malaysian with a bad taste in their mouth of what was to come from the opposition in the post election period. And they have not been disappointed!

Enough said. Saturday mornings for me are for reflections of the weeks gone by and a time to prepare body and soul for what is to come in the coming weeks. We wait for Wednesday when names are to be submitted to the Sultan for that MB post...and for sure on Thursday, Khalid will still be MB of Selangor.

What comes next will be what I have written before....


Very soon you will see Umno spin DAP on its head by insisting that the Chinese are now embolden by their electoral success to now take arms against the sacred Malay institution - the Royals....shades of May 13th here! First the Royals, then Islam and then the Malays themselves! And this can be done quicker than two shakes of a cat's tail!

PKR itself will be the subject of ridicule and punishment as first, the people of Selangor, are whipped into a frenzy by that "menderhaka" slur upon their own Sultan and Malays elsewhere will then come on board as the Umno roadshow goes on a nationwide road show  - this time to beat the drums for the institution of Royalty!