Girl 'raped by 38 men' in Malaysia 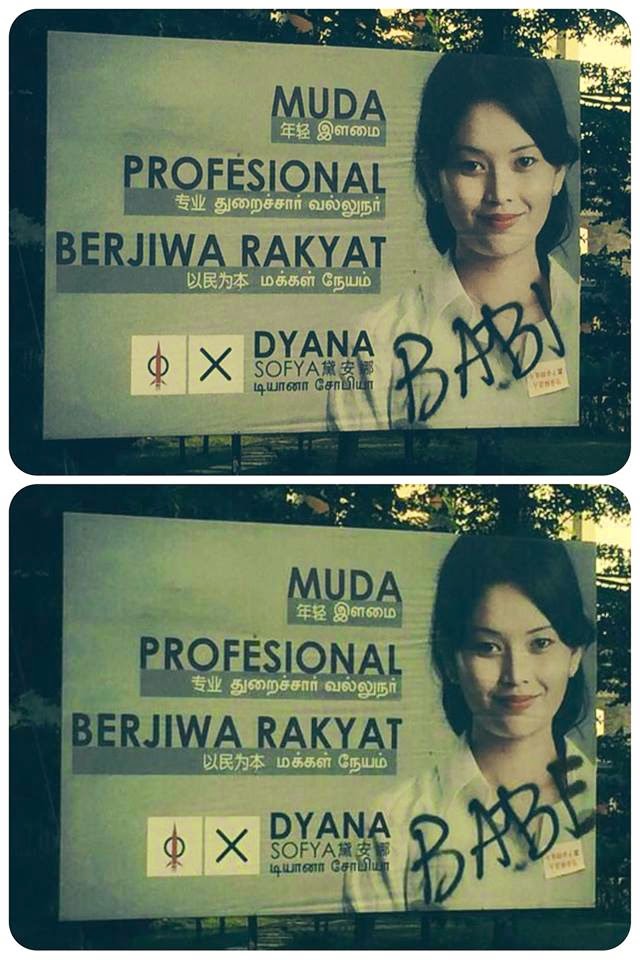 Cooking is an art! And these people are artists in their own right!

So you think you can dance? Watch this!


From the streets to the stage! Contortionist dancer Turf overcomes homelessness to become early America's Got Talent favourite

America's Got Talent producers will be clapping their hands with glee - not only have they earned themselves an early favourite, but he has a sob story to go with it for extra oomph.
The incredible dancing contortionist, known as Turf, wowed the judges as he flipped his limbs this way and that, creating a series of utterly bizarre shapes with his body.
The young hopeful, who said he has been homeless for two years also had a shock of red dye in his hair - not that he needed any extra pizazz considering his eye-popping moves.

+19
Doesn't that hurt? Contortionist star Turf could be a rags to riches story after spending two years homeless

+19
The wow factor: Turf twists his body into a series of bizarre shapes - all with a smile
The 21-year-old and his inspiring story, together with his contortion, had fans gossiping on Twitter.

On online user wrote: '#Turf on #AGT was great had me crying,' while another said: 'This Kid Turf was pretty incredible he was Moon-Walking on his tip-toes Slow-mo #AGT.'

+19
Overcome with emotion: Turf was clearly overwhelmed with the support

First posted by CT Ali
| October 8, 2012
The 130,000 guests who had the sponsored 'energy drink' must have had a jolly good time during and after the wedding – especially after the wedding.
COMMENT

How many of you go into debt to fund the wedding of your anak tersayang?
All those people who are calling for the Malaysian Anti-Corruption Commission (MACC) to investigate how Malacca Chief Minister Mohamad Ali Rustam could afford to invite 130,000 guests to his son’s wedding are just suffering from the sour grapes syndrome!
Now tell me, how else can Ali Rustam make the people of Malacca forget his stupidity in bringing the Eye on Malaysia from Tasik Titiwangsa to Kota Laksamana in 2008.
That Eye of Malaysia had to be dismantled in October 2010 – there was that slight oversight to pay the Belgian based owner, Fitraco NV, 60% of the estimated ticket sales estimated at RM5 million a year.
Ali Rustam said in February 2010 that:
“We respect the decision of the court and Fitraco’s right to do whatever it wants with the ferris wheel. If it does decide to remove it from Malacca, the state will get another one to replace it.”
I do not know if Fitraco was paid anything but I do not think Malacca got another ferris wheel to replace the Eye on Malaysia
The problem that Ali Rustam has now is that while we may have forgotten about the Eye of Malaysia fiasco, now however it is time for Eye on Ali Rustam!
But fair is fair. I think you all are being very mischievous to highlight that while Najib Tun Razak could only attract 100,000 guests to his recent Aidilfitri celebration in Putrajaya, Ali Rustam had 130,000 people at his son’s wedding.
We must still commend Najib for even being able to get 100,000 people to come to a celebration where our FLOM, Rosmah Mansor, is the co-host! It is still a grand achievement for Najib to get so many people to come. So please give credit where credit is due!
As far as I am concerned, if Ali Rustam said that it only costs RM600,000 to feed the 130,000 guests, then so be it. I am sure you all know that from time to time even McDonalds have got great deals for meals and these great deals are on offer for anyone that walks in.
Here in Australia, McDonalds have a Loose Change menu where you can buy a complete meal for a couple of dollars (coins you can find between the cushions on your couch!).
Now Ali Rustam is Chief Minister of Malacca. I am sure he can find more than coins between the cushion of his couch and if he asks McDonalds to cater for his son’s wedding, he could surely negotiate one hell of a deal.
The same goes for Mamee Sdn Bhd and Orang Kampong Drinks Sdn Bhd – any food manufacturer and caterer would throw in even their grandmother for free to cater for 130,000 people.
Giving a tight squeeze
How good a deal Ali Rustam can squeeze out of this people will depend on whether he is negotiating with them while holding their (ahem!) in his hands.
When you are squeezing somebody so tightly – their hearts and mind will follow anywhere you want them to go. I just hope that after the ‘negotiating’, Ali Rustam did not forget to wash his hands with dettol.
I am proud that Ali Rustam had insisted on having a “Malay wedding with kampung-style cooking” with Kacip Fatimah drinks (whatever this drink is!).
I put it to you that this is better than what Najib served at the engagement of his daughter where the menu included “an array of lavish Wagyu beef, smoked salmon, lobster bisque and scallops”.
Good one Ali! Kita orang Malaysia!
But I would like to respectfully inquire of Ali Rustam why Kacip Fatimah gave 50,000 cans of their drinks for advertising casts? Were they advertising by having their logo on the wedding invitations? Were their drinks advertised on banners and buntings on the wedding day itself? Camna?
I am told that these Kacip Fatimah drinks are not only Herbal Power Energy Drinks, but also “this superb and excellent Kacip Fatimah Herbal Power energy drink is to boost women energy levels and as aphrodisiac supplements”.
If this is true, then those 130,000 guests must have had a jolly good time during and after the wedding – especially after the wedding. Let us hope that nine months from now, after the erection is over…errr I mean after the election is over, the hospitals in Malacca are ready for a population explosion.
As for using equipments from state government agencies for the wedding festivities, come on lah, let us not be trivial! If DBKL can send a bill to S Ambiga for the costs they incurred during the Bersih 3 festivities, I am sure when push comes to shove, Ali Rustam will say that he is waiting for the state government agencies to bill him for use of same.
And who can say that these state agencies are not contemplating on doing just that?
So let us not worry too much about whose money was used to pay for Ali Rustam’s son’s wedding. I am sure Ali Rustam’s cousin, Ali Baba did contribute to the costs of the wedding – with or without the help of his 40 thieves.
CT Ali is a reformist who believes in Pakatan Rakyat’s ideologies. He is a FMT columnist.
Posted by STEADYAKU47 at Friday, May 30, 2014 No comments: