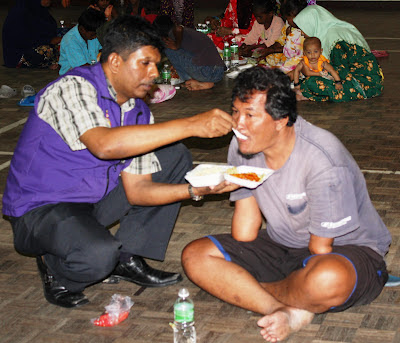 AND I REALLY COULD NOT CARE LESS WHETHER HE SUPPORTS BARISAN NASIONAL OR PAKATAN RAKYAT. IT IS THE WORK HE DOES THAT MATTERS! 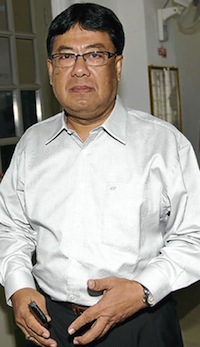 
Without protests it would not have happened …
*

Submitted by Ali Abunimah
*
Citing his failure to disclose a major conflict of interest, The Guardian has dumped Joshua Treviño, nine days after it announced it had hired him as a columnist.
The announcement came as outrage from Guardian readers continued to grow over his history of incitement and hate speech directed against Palestinian solidarity activists, Muslims and others.
In a joint statement with Treviño, The Guardian said:

Joshua Treviño wrote a piece for the Guardian on February 28, 2011 titled “Peter King has hearings, but is he listening?” The Guardian recently learned that shortly before writing this article the author was a consultant for an agency that had Malaysian business interests and that he ran a website called Malaysia Matters. In keeping with the Guardian’s editorial code this should have been disclosed.
“Under our guidelines, the relationship between Joshua and the agency should have been disclosed before the piece was published in order to give full clarity to our readers,” said Janine Gibson, editor-in-chief, Guardian US.”
I vigorously affirm that nothing unethical was done and I have been open with the Guardian in this matter. Nevertheless, the Guardian’s guidelines are necessarily broad, and I agree that they must be respected as such,” said Joshua Treviño.
We have therefore mutually agreed to go our separate ways and wish each other the best of luck.

I had raised the issue of Treviño’s conflicts of interest in my 18 August Al Jazeera article “What’s gone wrong at The Guardian:

According to The Guardian’s own editorial code, journalists and commentators must disclose outside work and organisational affiliations that could pose a conflict of interest. Treviño, as has been disclosed, works as a paid consultant to Republican candidates for elected office. But there’s much more readers deserve to know.
In July 2011, Treviño was caught in a curious controversy where a website in Malaysia accused him and another US blogger of running a website named Malaysia Matters, allegedly secretly paid for by Malaysia’s prime minister and another politician in order to improve their image. Treviño told reporter Ben Smith, then of Politico, that the story was “completely false”. But Smith stated that Treviño “misdirected” him.
While Smith was unable to get to the bottom of the murky financial arrangements behind Malaysia Matters, he revealed that, in 2008, Treviño had approached a number of prominent US bloggers, “offering them a free ‘once-in-a-lifetime’ Malaysian junket, paid for, he [Treviño] said in an email at the time, by business interests associated with Malaysian politics.”
When challenged on this rather odd activity for a journalist, Treviño wrote to Smith: “I also offer people paid trips to Israel” – as if that were the most normal thing in the world for a blogger to do.
Do Treviño’s new bosses at The Guardian know this? Do they know on whose behalf Treviño – a former member of the advisory board of Act for Israel - is writing? And more importantly, are they planning to tell their readers?

There is more information from Sarawak Report whose investigations were key to revealing Treviño’s Malaysian connections.
The Guardian has done the right thing. It may have cited the conflict of interest in order to save face, but that reason was certainly enough to call into question the decision to hire Treviño. Treviño’s dishonesty was also on display in hismendacious “clarification” of his tweets calling for violence and gloating over the deaths of unarmed civilians, which The Guardian has yet to correct. That is pending business.
But everyone who contacted The Guardian to express their views on its disastrous judgment should be pleased with this outcome. The Guardian should reflect deeply on this debacle and work to rebuild readers’ trust.

THE CORRIDORS OF POWER

If the total number of registered voters is about 70,000, we can expect a voter turnout of about 50,000, plus-minus. That would be an increase in voter-turnout of about 9,000. Now, Nurul Izzah’s majority in March 2008 was less than 3,000 votes or just 7%. This does not give her too much room to play with. It is certainly touch and go from where I am sitting, even though I am sitting thousands of miles away.
THE CORRIDORS OF POWER
Raja Petra Kamarudin
Is Nurul Izzah losing her grip?
The Malay Mail
In the last general election, Nurul Izzah Anwar was ‘David’ against Datuk Seri Shahrizat Abdul Jalil's ‘Goliath’ in the battle for Lembah Pantai. The eldest daughter of Opposition Leader Datuk Seri Anwar Ibrahim achieved what opposition colleagues Zainur Zakaria and Tun Salleh Abas could not -- wrest the parliamentary constituency from the charismatic Shahrizat.
However, four years later, words on the ground have it that Nurul Izzah is losing support to Umno's Datuk Seri Raja Nong Chik Raja Zainal Abidin. In what can be called a role reversal, the Barisan Nasional (BN) senator has been hard at workturun padang, speaking to the people and using his position as Federal Territories and Urban Well-being Minister to address their problems, ranging from City Hall issues, housing and business related problems.
Seri Pahang flats resident Mohd Shardi Hashim, 34, an ardent fan of Raja Nong Chik, pointed out that the latter was more ‘people savvy’ and had contributed a lot to the Lembah Pantai folks.
“He made a lot of changes and assisted us in many ways. He goes to the ground often and talks to the people. He also listens to our problems and addresses them, especially on housing. On the other hand, I seldom see Nurul Izzah. I don't know what she has done for the constituency. What I do know is, she just started appearing again quite recently.”
Sue Anna Tan, 34, agreed with Mohd Shardi and said she was surprised when Raja Nong Chik sent her an SMS wishing her happy birthday recently.
“I have no idea how he got my number but it was rather sweet of him to text me,” she said. The main concern of Tan -- a victim of snatch thefts three years ago -- was the ‘ever increasing crime rate’.
“I must say Bangsar nowadays seems to turn into a hotspot for criminals. Every day residents hear of snatch thefts and, almost every week, burglary cases. My neighbour's house was broken into recently and it happened on a Sunday afternoon.”
“In my case, the first incident was in 2008 outside my home, the second in 2009 while I was walking along Jalan Telawi, and the third was in 2010 when they smashed my car window at Bangsar Shopping Centre,” Tan said.
Shop owner Norzilla Abdullah, 66, would also root for Raja Nong Chik because it would be easier for her to run her business since he held a Cabinet post. “I like Nurul Izzah but I have to be practical when it comes to business. I would rather have an MP who is also the minister who supervises City Hall,” she said.
She said Nurul Izzah, who defeated Shahrizat in the 2008 general election, was seen by many Lembah Pantai residents as ‘not doing anything much’ for the constituency. To this, Nurul Izza said: “We (Pakatan Rakyat) are rendered powerless by City Hall, which is answerable to the minister. This affects our job in Kuala Lumpur itself, let alone Lembah Pantai.”
“I find it challenging to do good work for my constituents because most complaints are directly related to City Hall. Sometimes I feel like I'm just the middle person trying to push City Hall to provide better services to the constituents.”
“It doesn't help that BN has a service centre near Seri Pahang flats as well. This confuses the people. Who do they go to for help? Me or my political nemesis? I'm the rightful MP but he's the minister.”
The 31-year-old, who is also PKR vice-president, also claimed that City Hall and various administrators of public facilities were ‘unfriendly’ towards her programmes, projects and campaigns.
“It has come to a point where we just try to do it. Can you imagine the Bangsar mosque is not allowing us to distribute charity to the poor? They say we should not have 'political activities' in a mosque,” she said.
However, when The Malay Mail brought the matter up with Raja Nong Chik, he firmly denied it, saying that Nurul Izzah ‘must adhere procedures just like everyone else’. “Even Umno members are sometimes denied facilities by City Hall. It depends on a lot of factors,” he said.
“I have been doing my best to assist the poor of Lembah Pantai for 25 years. My opponent has only been doing it for the past two to three years as an MP. I was here even when I lost the division chief's post for Umno but I stayed on to serve.”
Raja Nong Chik said he knew the issues concerning the poor. “It is housing, It has always been the case and I've been on top of it to provide low-cost housing for the squatters.”
“I basically want to improve their overall living conditions, including better pensions for the elderly and providing better homes for everyone, especially the poor.”
****************************************