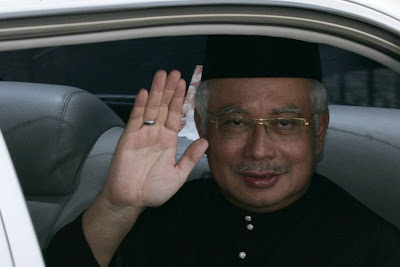 Michael sent me this article a few days back. As I read it it became familiar and I thought that maybe....just maybe I am the one that wrote it. Throughout the article I find that it became more and more me....I could not find it on my blog because I do not know where to look amongst the 2000 postings that i have done.. I have yet to have a good reference system...anyway what made me think it is me is the ending:

You are one with me and we are two.

If I may say so (ahem) it is a good article and I thought I will repost it here together with comments from Outside the Box etc. to share with you all. If anyone can confirm that I wrote it : Good. If not I say thank you to the one who did!


UMNO Is The Downfall Of The Majority Malays As A Viable Race? By Syed Akbar Ali


By Syed Akbar Ali@ syedsoutsidethebox.blogspot.comI received the following article from one of my Blog readers. Thank you bro. It says this article has been floating around the Net for some time. It also says that the writer of this article is an “enlightened Malay”. From the face of it I don’t think a Malay wrote this article.I have read it and there are various parts of it that I agree with completely but there are also many parts of it which I don’t agree with.