All Chinese Political Parties (CPM) in Malaysia must accept the fact the country is inhabited by majority Malays! 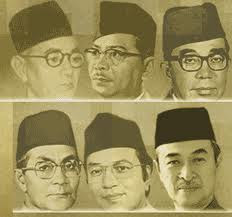 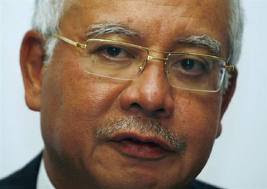 I saw Lim Kit Siang lying through his teeth on Rocketkini.com video showing this man, a Kuomintang sympathiser, with a "solemn" face describing his non-involvement with events leading to May 13th 1969, below I have to reprint, without permission from a blogger AYAH, whose comment appears in Hantu Laut, Ayah could not have said it any better, here goes:

I hope people who comment and make conjectures about May 13, 1969 were in KL, Petaling Jaya and the surrounding areas to witness the campaign by Lim Kit Siang and gang. There was Goh Hock Guan who spoke imitating the mannerisms of Lee Kuan Yew to a predominantly Chinese audience; there are other examples and there will be witnesses to testify to this.

The provocation was intense although there were no similar responses from the Alliance. I can tell you that the way the 'victors' behaved was uncivilised and it burned many a Malay heart as mine was. It made me want to do something to counter them!

Follow closely the events prior to May 13 and you will begin to understand. For those who were not born yet, you will not feel the sadness and then the anger and you will not understand, and of course you will erroneously blame Tun Razak and Dato Harun Idris. Blame if you must but do so with an understanding of the full facts that support your position; don't just pretend to think you know from accounts by the people who are inclined to twist the facts to suit their own agenda.

If Kit Siang says he was not around but instead was in East Malaysia, then let's ask him to prove that he is right. He stirred up the hornets' and then ran away (so he said) so that no one could hold anything against him.

I hope there are still records in the government's possession to show that Lim Kit Siang was never anywhere near Kuala Lumpur! I saw him parading one night in Jalan Sentul with Tan Chee Khoon as a continuation of the parades held by the opposition in Kuala Lumpur. So he cannot be in two places at one can he?

Lim Kit Siang knows what he did then and many many people know he was the leading instigator that led to the troubles.

I personally believe we, Bangsa Melayu, will now have to take stock of our long time relationship, one sided as always, with Malaysian-Chinese who have always been ambivalent over their co-existence with us (Melayu). They have never been fully happy with the present political scheme of things.
They are never happy if they are not in full control. They can do it with Taiwan, when the Kuomintang went there and took over the island by force after Mao sack them from the mainland. They tried to take over Malaya in 1945 after Japanese surrendered, but failed.
The Malays on the other hand must rise to the occassion and wake up from their political slumber and demand the Chinese to find ways to show they are committed with non-chauvinism behaviour and live with us in peace. They must have realise by now we are very accomodating but not insensitive to rejections.
Posted by STEADYAKU47 at Wednesday, August 22, 2012