WE NEED TO TELL THE WORLD OUR GOVERNMENT IS CORRUPT. 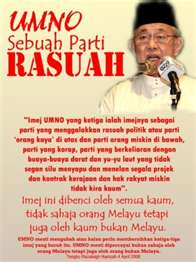 Did it ever occur to the Malay leaders within UMNO that they are the role models that the Malays look up to?

That they owe themselves if not the Malays, the responsibility of living up to the expectations and aspirations of the Malays they claim to lead?


That if they stumble ethically and morally the Malays stumble with them?

The way these UMNO leaders live their life, their habits, their weaknesses and their failings can be the very mirror that other Malays may measure their life against and begin to take that life as one they should emulate. And if they do what then would happen to the Malays? 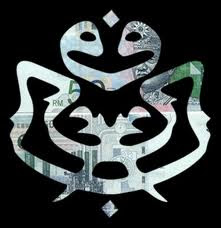 Sometimes I despair at the inability of these Malay leaders to understand their responsibilities and duties as our leaders. Why do I speak only of the Malays? Because I am Malay. I choose to say that UMNO (a Malay political party that claims to champion the Malays) has failed the Malays because and I am one of those Malay that they have failed!

I have never claimed to be anyone else but a Malay. I am not a Muslim Chinese claiming to be a Malay, not an Indian from Kerala or a Mamak morphed into almost being a Malay neither am I a Pendatang who is a Malay by consent of this UMNO led Barisan Nasional government. None of the above!

Neither am I a Malay because I am a Muslim – that is incidental!

And who am I to pass judgement on these Malay leaders in UMNO when I have never voted in my life, no longer live in Malaysia nor do I intend to do so for the foreseeable future? 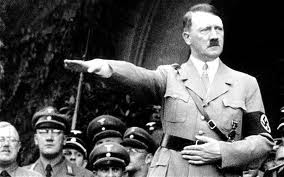 For the same reason that we can all call Hitler an evil man, call Idi Amin a butcher of his own people and can call Suharto a thief who stole billions of his own people’s wealth. These are all leaders who have failed their people on a scale unprecedented in the history of mankind. They murder, they steal they plunder and they go about doing these things with the abundance that suggest that they think there is no tomorrow. Such is the evil that they do that the world, you and me included, can make it our business to comment on what they do in the hope that it will stop other leaders from doing the same evil.

Such is the situation that is now happening in that country that was once my home.

I know it once as Malaya a long time ago.Now I know it as a Nation that is a cesspool of greed, arrogance and corruption and it is so because of this UMNO led Barisan Nasional government! What the people of Malaysia are now burdened with is an arrogant regime that stops at nothing in trying to hold on to power while deftly emptying the nation’s treasure to fill their own pockets. That most of these leaders are Malays is my personal burden and that of other right thinking Malays too.

And so this Malay writes from Australia. This Malay writes and will continue to write about Malay leaders in Malaysia who have failed the Malays in everything except in their ability to give us Malay the underserved reputation of being a lazy and weak race unable to achieve anything without this odious policy of Ketuanan Melayu! UMNO says that without Ketuanan Melayu the Malays will be nothing in Malaysia.

I beg to differ! Any Malay anywhere else should beg to differ because this Ketuanan Melayu is not what we Malays need.

It is what UMNO desperately need for their political survival and to attempt to link the survival of the Malays to Ketuanan Melayu insults any right thinking Malay no matter where they reside!

This is why I make it my business to tell these Malay leaders in UMNO that enough is enough. We should all make it our business to tell the world what UMNO is doing to our country. We know now that the French have taken an interest through their Judiciary in the purchase of the Scorpene Submarines by this Malaysian Government under the leadership of Najib Tun Razak. The French must be wondering how is it that the former Minister of Defence is now our Prime Minister! All I can say to them is “Welcome to the sordid world of corruption and greed that is Malaysia today!” ….and in the thick of it all is that Najib Tun Razak!

Some of you will ask why should we air our dirty linen in public? What happens in Vegas should stay in Vegas they say. To them I want to say this:

There is no need to be ashamed that people in other countries will know that our government is corrupt. That our Prime Minister and our Ministers are steep in nepotism and any other “ism” that brings them cash. Why should we be ashamed? They are corrupt not us! And we for the most part powerless to do anything about it! Let the world know! It will not stop the corruption and the abuse of executive power but it might just slow them down a bit! ABU.
Posted by STEADYAKU47 at Thursday, August 09, 2012