Mortality and life's worth... 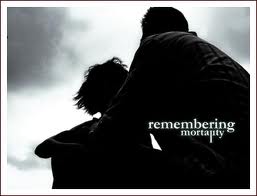 This last week has been different. The necessity of coming to grips with health issues tends to focus my mind very sharply on matters that do not normally occupy my mind. No not death…that is not important because when you are dead you have the advantage of not knowing about it. And not life either because I am still living it and I still have it.

It is the assessment of my worth now! What have I achieved? For Mahathir he could possible pluck Putrajaya, KLCC, Petronas Twin Towers and a host of other “achievements” that he thinks he has bragging rights to. I have done nothing that could hold a candle to what this Mahathir considers his various legacies to himself and possibly, as he likes to think, to the nation. I do not even have a terrace house in Subang Jaya….and yet I look down upon this Mahathir.

I look down upon this Mahathir because in my mind I see him as a driven animal unable to come to terms with himself in the twilight of his years. He is 82 and I am 63 and yet this man that I should really address as uncle is making an ass of himself by trying to be what he is not or trying to do what he cannot.

He cannot be UMNO’s saviour. He has by himself destroyed whatever hope UMNO has of ruling after the 13th General Election. That realization alone should have driven him to despair and cause him untold regrets for being the architect of UMNO demise. That realization should have made Mahathir realize that acceptance of his part in UMNO’s demise would have been the first step to his own salvation as a human being…i.e. the acceptance that he is only a mortal capable of rights and wrongs….and from there try to stay above the cuts and thrusts of UMNO politics and retire gracefully to a quite end of an already eventful life. But instead what does he do?

He asked a son already cashed up with much wealth to go into Pemuda UMNO and fight KJ. And that was a big ask because his son, in an earlier era, had been comfortable with amassing great wealth rather then building a decent political base for a future in politics. But Mahathir gets what he wants. He took Pak Lah out, installed Najib and Muhyiddin and placed his son in Pemuda and in the Cabinet. Now what? Mahathir does not have much time left to live and he wants his son in a position to be able to ‘protect’ his so-called legacy to the nation. Here we will differ…I call it his billions and billions of ringgits of his debts that our children and we will be left to repay…he calls them his legacies!

So his time is short and he wants things to move on….he uses Perkasa, he uses Ketuanan Melayu, he uses the need for UMNO to retain power using his refrain that the “ends justifies the means” and so is planted the seeds of what UMNO needs to do to retain power….…. and I watch him do all this and I wonder when he will falter? When will his physical ability to keep pace with his mental capacity fail him? His recent illness in Australia was a nudge to make him take stock of what is important in his life…and so comes to what I have said in my second paragraph of this posting…

"It is the assessment of my worth now!”

I think in terms of what is around me…my wife and my family and I am blessed with their love and their physical nearness – despite my daughter and family being so far away in Canada and me here in Adelaide. I am in rented premises and live frugally. I drive what could just arguably be called a ‘car’…and my wants are few. Buying the daily newspaper is a treat I give myself only on Saturday. Sometimes a sushi with hairy crab fillings when I am in town and mostly spending time on my blog.

Can this be enough for Mahathir? No I do not think so. He would need UMNO to win the 13th general election  - all his hopes and aspirations for his legacies to be remembered in awe by the nation rest on that victory. Already the last general election has already foreshadowed what is to come for UMNO – defeat inflicted upon it by the very Malay race they claim to champion. Defeats that will in all probability bring to power the very same Anwar that he so recklessly chooses to demean physically and mentally so many years ago. Defeat will also bring him face to face with his own sordid past and his abuse of power - not only as Prime Minister but more telling that of the Judiciary and all the Ministries under his government.

So you see my friends I do not envy Mahathir his life now and for the foreseeable future. For he will not only have to answer for his dark past after the 13th general election but also he will have another day of reckoning when his life with us is over – as a Muslim. I do not envy him these possibilities…better he then me.....so I am happy as I am now.

Email ThisBlogThis!Share to TwitterShare to FacebookShare to Pinterest
Labels: mortality and life's worth