Rosmah to Fat to Fly Commercial? 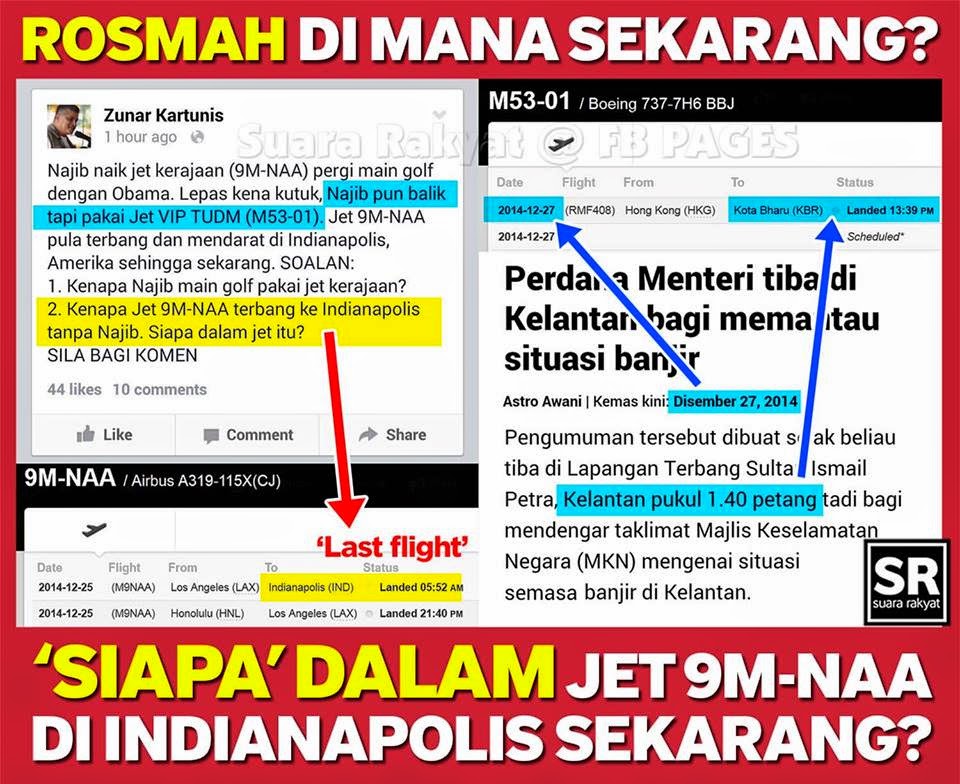 Why are so many of you complaining about Najib leaving the government jet for Rosmah? Respect sikit lah! How do you expect our FLOM (Fat Lady of Malaysia) to fit her massive girth into the seats on those commercial flights? Have you not heard of the phrase "too fat too fly?" As a concerned Rakyat I do not want any passenger to complain that our FLOM was taking more than her share of the seats on any flight...nor do I want anyone to refer to our Prime Minister's wife as "that fat hippopotamus in seat 12 C" So relax lah.


I do not want Najib or any airline getting the same kind of letter that a passenger wrote to Jetstar because he was seated beside someone who was "too fat to fly!"...see below for the said letter.


Anyway there are far more important things for us to do......like getting Najib out of office! 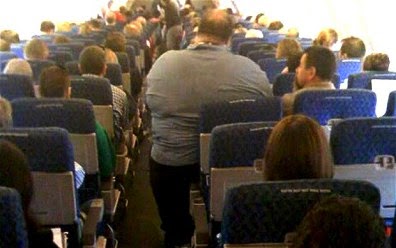 “Dear Jetstar,
Do you like riddles? I do, that’s why I’m starting this letter with one. What weighs more than a Suzuki Swift, less than a Hummer and smells like the decaying anus of a deceased homeless man? No idea? How about, what measures food portions in kilograms and has the personal hygiene of a French prostitute? Still nothing? Right, one more try. What’s fat as fuck, stinks like shit and should be forced to purchase two seats on a Jetstar flight? That’s right, it’s the man I sat next to under on my flight from Perth to Sydney yesterday.
As I boarded the plane, I mentally high-fived myself for paying the additional $25 for an emergency seat. I was imagining all that extra room, when I was suddenly distracted by what appeared to be an infant hippopotamus located halfway down the aisle. As I got closer, I was relieved to see that it wasn’t a dangerous semi-aquatic African mammal, but a morbidly obese human being. However, this relief was short-lived when I realised that my seat was located somewhere underneath him.
Soon after I managed to burrow into my seat, I caught what was to be the first of numerous fetid whiffs of body odour. His scent possessed hints of blue cheese and Mumbai slum, with nuances of sweaty flesh and human faeces sprayed with cologne – Eau No. Considering I was visibly under duress, I found it strange that none of the cabin crew offered me another seat. To be fair, it’s entirely possible that none of them actually saw me. Perhaps this photo will jog their memories.
Pinned to my seat by a fleshy boulder, I started preparing for a 127 Hours-like escape. Thankfully though, the beast moved slightly to his left, which allowed me to stand up, walk to the back of the plane and politely ask the cabin crew to be seated elsewhere. I didn’t catch the names of the three flight attendants, but for the purpose of this letter, I’ll call them: Chatty 1, Chatty 2 and Giggly (I’ve given them all the same surname – Couldnotgiveashit). After my request, Chatty 1 and Chatty 2 continued their conversation, presumably about how shit they are at their jobs, and Giggly, well, she just giggled. I then asked if I could sit in one of the six vacant seats at the back of the aircraft, to whichGiggly responded, “hehehe, they’re for crew only, hehehe“. I think Giggly may be suffering from some form of mental impairment.
I tried to relocate myself without the assistance of the Couldnotgiveashit triplets, but unfortunately everyone with a row to themselves was now lying down. It was then I realised that my fate was sealed. I made my way back to Jabba the Hutt and spent the remainder of the flight smothered in side-boob and cellulite, taking shallow breaths to avoid noxious gas poisoning. Just before landing, I revisited the back of the plane to use the toilet. You could imagine my surprise when I saw both “crew only” rows occupied by non-crew members. I can only assume Giggly let them sit there after she forgot who she was and why she’s flying on a big, shiny metal thing in the sky.
Imagine going out for dinner and a movie, only to have your night ruined by a fat mess who eats half your meal then blocks 50% of the screen. Isn’t that exactly the same as having someone who can’t control their calorie intake occupying half your seat on a flight? Of course it is, so that’s why I’m demanding a full refund of my ticket, including the $25 for an emergency row seat.
I’m also looking to be compensated for the physical pain and mental suffering caused by being enveloped in human blubber for four hours. My lower back is in agony and I had to type this letter one-handed as I’m yet to regain full use of my left side. If I don’t recover completely, I’ll have to say goodbye to my lifelong dream of becoming Air Guitar World Champion. If that occurs, you will pay.
To discuss my generous compensation package, email me at: [Redacted], or tweet me at: @RichWisken
No regards,
Rich Wisken. “