Cakap cakap...Let me be the devil's advocate! 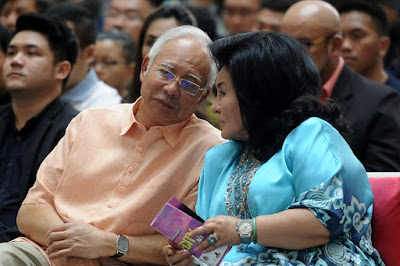 Let me be the devils advocate.

Let me, for just this brief interlude put myself in Najib Razak's situation. Let me share with you the trials and tribulations that he faces every time he draws a breath into his lungs to keep himself alive, every time he eats or take a drink to sustain himself in that life, every morning he wakes up to again face yet another day in his increasingly sordid and disgusting life.

Now ask yourself how does he find the strength to go on from day to day?

How does anyone wake up to the possibility that each day may be the last day he has in that most prestigious and most powerful office in the country - that of being prime minister and president of Umno?

How does someone...anyone....deal with the fact that over half of the electorates have cast their votes for Anwar Ibrahim to be their leader and not you?

How do you handle a wife like Rosmah who constantly ridicule and shame and relegate you to the position that she knows you deserve - that of being her spouse rather than the other way around?

What will you do if the Saudi Royal Family deny that they have ever "donated" that RM2.6 billion?

What can you do if they deny that you have ever returned any of those billions back to them?

What if Sirul or Azilah ...or both of them decided to "sing" about who it was that "instructed" them to murder Altantuya and from there will unravel the whole sordid saga that started when Razak Baginda's company was the one awarded the purchase of the Scorpene Submarine by Mindef - which then had you as it's Minister?

How will you deal with the possibility that the Ketua Bahagians within Umno have decided that you will no longer be their choice as President of Umno?

That your Deputy have made the decision to challenge you for the leadership of Umno because he has heard the "call" from within Umno and from the people of Malaysia who no longer wants you as their president and as their prime minister?

What do you do when the real unraveling of 1MDB starts because those that matters and have profited from 1MDB have realized that the game was up and they do not want to sink with you and the 1MDB ship - and so they start to distance themselves from you and so begin the process when they will put the blame for what has happened within 1MDB upon you!

What if Deepak starts to sing about his real connections with you and Rosmah and what that all entails? The presents he "gave" to Rosmah? The "favors" he did for both of you? His real role in the saga of the late Bala?

That all the things that you and your wife have done legal and illegal, good or evil, the lies, the scams and the swindling...that all the people who were complicit with in you perpetrating these deeds upon the people of Malaysia and upon our nation...what will you do if they all started "sing"...all to save their own skin at the expense of you and your wife?

That all the sexual innuendos, truth or fiction of that tryst in Port Dickson, sexual hijinks's in Five Star Hotels in KL, Singapore and abroad ...all of these starts to unravel as individuals come forward to tell us all about their involvement in these "activities" and more!

That your ministers begin to desert you one by one as they realize that you are on the way out and each of them will be vying with the other to tell their "side" of the story and distance themselves as far away from you as possible - and if that involve exposing you for what they have done "under your instructions"  during their time in public office - they will do so to save their skin!

All this will happen with frightening speed, and once begun, you will know that dismissal from office is inevitable.

And so you begin to look for a graceful exit.

An exit that will include a plea for no persecution or prosecution of your personal self and of your immediate family for anything criminal done during your time in public office - as MB of Pahang, Minister of Defense and as DPM and PM...and anything in between.

You will also begin to understand that staying put in Malaysia is not a wise thing to do given the amount of vitriol, contempt, disgust and hatred many have for you and your wife.

So you begin the process of looking for another country to go to.

That country from  where your son in law is from? Not bloody likely because even if at one time your daughter's marriage to that guy seems a good idea then - you also understand that he would not be in a position to make your life bearable there.

And your wife will certainly veto that idea given that there are more "interesting" shopping to be done elsewhere.

Now of course if that happens to be a Pakatan Harapan government under Anwar Ibrahim ...the search gets harder...much harder...but you will have to keep looking because living in Malaysia will not be wise for you and your wife. Being spat upon by those whom you have upset while you are in public office is not very pleasant.

Of course the money you have accumulated from the spoils of your political career may shield you away from most of these unpleasantness ...but for how long and to what degree?

I doubt if you will get safe and secure passage out of Malaysia if the people of Malaysia have any say in it.

I doubt if you and your wife will escape punishment for the civil abuse and criminal acts you have done while in public office.

I doubt if you can hide from the hunt by the authorities in Malaysia to make you responsible for your deeds  - whether it is complicity in murder, economic sabotage of our nation's
past, present and future or any deliberate wrong done by you upon others whose only fault was to have disagreed with your political inclinations and the manner you choose to govern our nation for your personal gain!

How will it all end for you and your wife?

We will do upon you what you have done to others!

We want you to be arrested, handcuffed, held in police custody without bail until you are trialed and convicted for all that you have done wrong in the name of government. 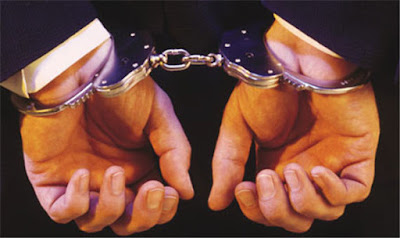 Then we want you to be dispatched forthwith to Sungai Buloh where we want you to spend what is left of your contemptible life behind bars, in solitary confinement and without any consideration for the cutting short of your sentence for good behaviour because that is what you deserve.

And as for Rosmah Mansor...I personally have no desire to wish evil upon any member of the other fairer sex...but to a bitch who is also a witch....damm...throw the book at her your Honor and let her rot in Sungai Buloh with Najib Razak!

Now think about all that I have written above and ask yourself if this Najib Razak deserves our pity or our contempt? Does he deserve our pity or our disgust? Camna?
Posted by STEADYAKU47 at Friday, January 29, 2016