If Mahathir tells the court that as far as he knew, Dr Ling is an honest person, and if Dr Mahathir believes that to be true, than regardless of the actual truth, Tun Dr Mahathir is not lying! He may be in denial but denial is not lying! 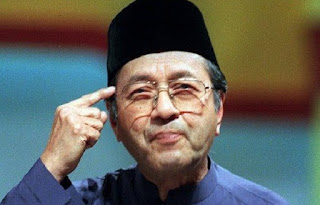 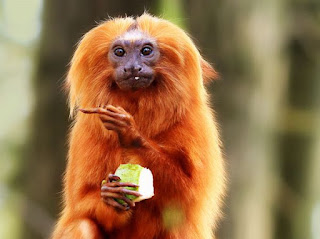 Dr M: Dr Ling is honest, incapable of cheating government
So say Tun Dr Mahathir yesterday.
It has become passé for bloggers to just hantam Tun Dr Mahathir and call him a liar or even worse every time that Grand Old Man says anything in public. His recent character reference for Tun Dr Ling in the PKFZ trial is a case in point. However in defense of Dr Mahathir I must point out that lying includes a measure of intentional deception.
If Mahathir tells the court that as far as he knew, Dr Ling is an honest person, and if Dr Mahathir believes that to be true, than regardless of the actual truth, Tun Dr Mahathir is not lying! He may be in denial but denial is not lying!
“Denial is a defence mechanism postulated by Sigmund Freud, in which a person is faced with a fact that is too uncomfortable to accept and rejects it instead, insisting that it is not true despite what may be overwhelming evidence”
Ahem…I am good am I not?  Able to come to the defense of our Dr Mahathir in such a scholarly manner with quotes from Mr Freud himself!
Tun should also have used the phrase “to my knowledge” that he did not believe that Dr Ling “misled, deceived or cheated” him in relation to the PKFZ land cost. You cannot blame Tun Dr Mahathir for something he had no knowledge of!
Instead he used the phrase “Personally I don’t think so” to questions asked by the court as to whether Dr Ling “misled, deceived or cheated” him in relation to the PKFZ land cost.
I have it on good legal authority that Tun Dr Mahathir should have used the phrase “to my knowledge”. When he said “personally I don’t think so” he will be seen as being a bit arrogant by the court because he is telling the court that what he thinks matters! Now if he had used the phrase “to my knowledge” then he is just telling the court that there are many things that had happened during his time as Prime Minister that he had no knowledge of. See how the use of words can get Mahathir off the hook not only for PKFZ but also for all the cronyism, nepotism and other ism he has been accused of being involved in!
As you would have to believe Nixon when he said “I am not a crook!”. As you would have to believe Clinton when he said “ I did not have sex with that woman” As you would have to believe Pak Mann Telor if he told you that the cheque is in the mail!
I am sure that whatever Mahathir did was for the people of Malaysia but sometimes I think that just like the Greeks and their Trojan Horse all is not what it seems to be. Mahathir’s cakap bukan serupa bikin lah!
Privitization, IPPS, Road Tolls, Putrajaya, KLCC, KLIA, Proton and not forgetting PKFZ (to name a few!)– all initiated and negotiated by Mahathir and dedicated to and appreciated by his family, UMNO, Barian Nasional and his cronies!
In hindsight we now know that Mahathir has done a Milli-Vanilli on us all.
Milli Vanilli was a pop and dance project created by Frank Farian in Munich, Germany, in 1988. The group was formed with Fab Morvan and Rob Pilatus. The group's debut album Girl You Know It's True achieved international success and earned them a Grammy Award for Best New Artist on February 21, 1990.[1] Milli Vanilli became one of the most popular pop acts in the late 1980s and early 1990s. However, their success turned to infamy when their Grammy was revoked after it was revealed by Chuck Philips of the LA Times that the lead vocals on the record were not the actual voices of Morvan and Pilatus
I guess this is the first time anybody connected Mahathir to Minni Vanilli! Maaf Tun but like Minni-Vanilli what we saw of you is not the real you – and it is all being revealed today!
Anyway my point is this – Mahathir is a cunning devious old man. He has fooled us from the very beginning of his time as Prime Minister and he continues to do so today!
He tells the court that Tun Dr Ling is an honest man and that to his knowledge Ling was not capable of cheating the government.
Well Tun I personally thought you were an honest man incapable of using the Rakyat’s money to bail out your son’s business interest. The Rakyat, as far as they all know, thought you were also incapable of misleading, deceiving or cheating us. We thought you did your job as Prime Minister well – a hard working Prime Minister who does not drink, smoke or womanize. And we all know that none of your Ministers complained about anything that bad that happened in Cabinet - so when no one complain everything is good?
So who Tun is then responsible for deceiving the Cabinet into approving the purchase of 404.5 hectares of land for the PKFZ project?
Who Tun, is responsible for the quadrupling of the project costs from RM1.1 billion in 1997 to RM4.6billion by 2007?
Tun you said that the Cabinet’s final decision to purchase the land in question at RM25 psf during its meeting on November 6, 2002 had been made “collectively and unanimously”.

This was your Cabinet is it not Tun? You chose the Ministers not us. Are you telling us that you choose a bunch of incompetent idiots unable to understand that your government could ill–afford to carry on with the PKFZ project?
Your Cabinet is your responsibility Tun! If I did not check my car brakes before I take my family to Kota Baru and on the way there my brakes failed causing an accident that injured my wife, my children and other road users, I take responsibility for the accident. The court will be of the same opinion and I will be responsible for any damage to life, limb and property as a result of that accident. Just because my wife and children agreed to travel in the car with me does not absolved me from blame.
And the time has come for you to understand that you Tun will have to do the time for your crime and be man enough to take ultimate responsible for the abuse perpetrated by Dr Ling and others in the PKFZ project. That you Tun is ultimately responsible for the use and abuse by your appointees of any political and public office for personal gain during the time you were in office as Prime Minister.
Until you do so Tun, in my opinion, as far as I know and to my knowledge, you are the very essence and embodiment of that lie that says that “POLITICIANS KNOW WHAT THEY ARE DOING”…because they don’t!
Posted by STEADYAKU47 at Wednesday, October 10, 2012