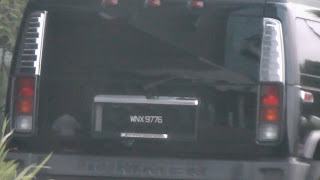 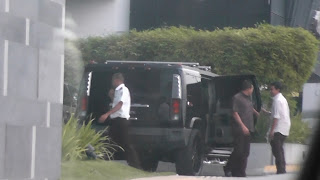 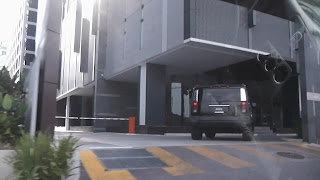 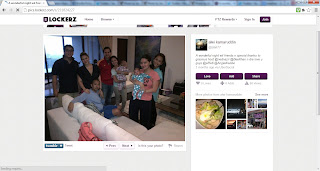 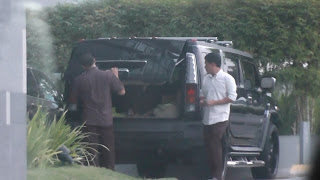 the politician, his son and the crony

By For A Better Malaysia Leave a Comment
Categories: Corruption, Elections and ScandalsTags: Cronyism

There are many more ministerial children of whom we have heard nothing, yet.
COMMENT
If the way to a man’s heart is through his stomach, then the way to an Umno politician’s heart, is through his spouse or children. In Malaysia, cronies beat a path to the politician’s door, to provide material goods for his family members.
Only the naïve would think their acts charitable. Cronies do it for personal gain: tenders for contracts, to avoid the law, a means to fleece the public through subsidies or when government projects are ‘outsourced” like the AES (Automated Enforcement System) aka “speed traps”.
Plum jobs and multi-million dollar government contracts are reserved for the offspring of Umno politicians, their cronies and pro-Umno civil servants.
The rakyat have heard of a few of the children of ministers who are allegedly involved in cronyism and corruption, but there are many more ministerial children of whom we have heard nothing, yet.
Whose son was allegedly awarded the RM128.4 million air traffic control system contract, through a “closed tender” process? This air traffic control system was allegedly faulty and risked the lives of millions of airline users.
Whose children are allegedly hiding in New York, at least until the furore of the scandal they are involved in, dies down? Were Muslims aware that this Hari Raya Haji 3,000 cattle had to be imported from Thailand for sacrificial slaughter? The irony is that farmers’ needs have been sacrificed for the vanity project of an incompetent family. This money should have filtered down to the farmers, to help them earn a living, to help the economy and the cattle industry.
Whose sons are indirectly involved in the latest launch of the airline, Malindo Airways? An online newpaper alleged that one of the companies investing in Malindo, had poor financial and safety records, and that its accounts had not been audited since 2007.
Which daughter of a former top civil servant owns a major interest in alternative energy projects in Malaysia? Her companies were allegedly set up recently and despite the lack of experience, still managed to secure a controlling interest in the alternative power generation needs.
The list is endless. Children of past and present politicians and also VVIPs, monopolise the multi-million ringgit projects, providing much needed goods and services, which you and your children have no alternative but to use. You also pay through the nose, for them.
When quizzed by reporters about the involvement of their spouses, children or friends, these politicians brush prying questions aside with:
a) My husband does not tell me what he gets up to.
b) What my wife does is private.
c) I don’t know what my son (or daughter) is doing.
d) My businessman friend wanted to surprise me with the contents of his briefcase.
No conflict of interest
Yesterday, Nazri ignored criticism of his son’s relationship with Michael Chia, the businessman who is embroiled in the RM40 million money laundering saga. Despite assertions that this money was destined for Sabah Umno, the members of Sabah Umno claim to have no knowledge of this donation.
Nazri also said that his reputation as a Cabinet Minister had not been compromised and he could see no conflict of interest in his or his son’s friendship with Chia.
An online newspaper reported that Nazri had said: “I don’t sleep with my son. I am not gay (homosexual). My son is not my wife, my son is not my lover. What he does, he doesn’t tell me.
“That is between my son and Michael Chia. If he (Chia) wants to give [Nedim] a Hummer or a Ferarri, it is Michael Chia’s business… its not like he (Chia) is giving it to me… and I am the minister, not my son.”
“What has he committed, tell me? He is not a minister. Where is the conflict of interest? He is my son”.
Cynics claim that the parliamentary ministerial code, which details the conduct expected of Malaysian MPs, can’t have been shown to Umno politicians like Nazri.
Despite being accused by the PKR strategy director, Rafizi Ramli, of having a conflict of interest, Nazri mocked reporters, “But I am still minister today, my friend. This is not going to hurt me one bit. I don’t think I am going to be affected by gutter politics”.
Last week, in Penang, a man was arrested for impersonating a member of the Kedah royal family. He and 12 others in his group, will be charged under Section 420 and 419 of the Penal Code, for cheating and dishonesty, and under Section 108 of the Road Transport Act 1987, for making false statements.
A few months ago, Nedim Nazri claimed to be a member of royalty, when a security guard at a luxury condominium in Kuala Lumpur denied entry to Nedim and his bodyguard. The guard was assaulted for doing his job, but last week the case was closed.

…moreThe politician, his son and the cronyMariam MokhtarNovember 2, 2012 – FMT
Posted by STEADYAKU47 at Saturday, November 03, 2012