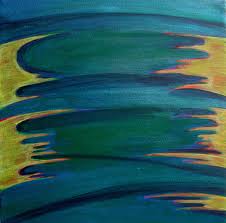 Do you Chinese know that we Malays do not say that a Chinese has died? No we have this term we use – “Cina Mampus” ….I really cannot think of an English equivalent that would do justice to the venom and contempt that the phrase intends to conveys! But for me personally that phrase has not been used or even thought of for a long long time. It came back to me just now when I was trying to find a way to make the Chinese understand the depth of hatred that some Malays still do have for you infidels and pork eating people who dare to call Malaysia their home! And so my friend you need to take this in the context that I am trying to frame it. Racial harmony is not an easy thing. Racial harmony will not come naturally for a number of Malays. And of course for some Malays they need racial harmony like they need a hole in their head!
If you understand this then you understand the work we all have to do to make this happen. For those Malays past their teens it might be a steep learning curve for them to traverse – almost impossible for some to consider. But maybe with better education it can be done. And education of the very young is the place to start now! And if you know what Barisan Nasional have been doing in education in all the time that they have governed us then you understand even more the urgency of having another government to take their place so that our young could be taught that racial politics is verboten!
But we Malays are also mindful of the deep seated feelings that lies within the mentality of the Chinese youth and those who have grown up under the oppressive rule of the UMNO led Barisan Nasional Government. We Malays are only too aware that feelings just as intense against the Malays are also rooted in the physic of the Chinese – possible more in those Chinese in secondary and higher institution of learning. Where they have already developed the ability to think and reason for themselves what they want to think of the Malays. The same Malays that is the privileged ethnic group. The same Malays that is privy to the best education, almost all business opportunities from the government and the same Malays that asks them to speak in Bahasa, write in Bahasa and learn in Bahasa!
The tension for the Chinese and the Malays lies just below the surface. Real and not imaginary. And all this while we have a Government that plays the racial issues like one would fly a kite.
First you hold the kite tightly.
If you want the kite to fly higher and the wind is right – you release the length of string. To lower the kite simply pull in the string. If played properly the kite will do as you wish.
For the UMNO led Barisan Nasional it is imperative for them to have total control over the racial divide. To do that they need to have all the races balanced on a knife-edge with them holding the knife. And they will play us as they think fit. 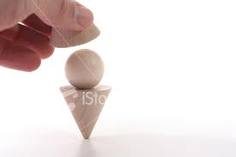 And that is why my friends they allow Perkasa to flourish. That is why Najib and Muhyiddin put on a good cop and bad cop act all the time. Najib promotes  1 Malaysia and Muhyiddin champions Ketuanan Melayu! Din takes out the Keris then Din puts the Kris away! They play MCA and MIC like a true violinist. Always making them play for their supper. No effort is spared. Keep PKFZ just on the boil – always threatening to boil over but yet they know what to do with the fire to keep it under control while MCA understands that it will stay that way if they dance to UMNO’s tune. The do the same with MIC and the those politicians from Sabah and Sarawak.
Mahathir is given carte blanc to stir the racial discontent to keep just the right amount of tension that now prevails even as you read what I write. And everything in our country is kept that way because it is how UMNO wants it to be. Whether they take it up a notch or take it down a notch will depend on the circumstances UMNO finds itself in.
On a need basis they can create the circumstances when either a national emergency needs to be declared for “National Security” or the status quo prevails.
How do we change this? Register yourself as a voter. Understand the choices that are available and then vote for the leaders that you really believe will not let you down - those that walk the talk of good governance and will be  responsible and accountable leaders. There is no other way. You need to register as a voter and vote during the 13th General Election! Go register as a voter and do it at the earliest possible opportunity! 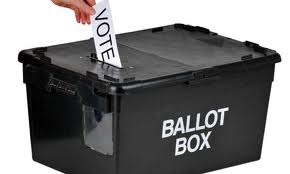 Anonymous said...
What do you expect from someone who spends his formative years in the exclusive college for the Malays only. Another rascist institution that has breed many of the corrupt and stupid leaders in the likes of .....

Hussein abdul Hamid said...
First a thank to you for reading what I write...but you must try to understand what it is I am writing. In this "Cina Pergi Mampus" piece I have used that offensive phrase as "I was trying to find a way to make the Chinese understand the depth of hatred that some Malays still do have for you infidels and pork eating people who dare to call Malaysia their home!" - it is NOT a reflection of what I feel for the chinese. And then I went on to say "And so my friend you need to take this in the context that I am trying to frame it. Racial harmony is not an easy thing".

I do not normally go to this extent to explain what I write to those who read what I write because I do expect those that stop by my blog to have the ability to think with clarity and understand what it is that they read.

In your case I will make an exception because you are unable to do both i.e. think with clarity and understand what you read!That does not make you a stupid idiot - but you do come close!

So as requested I have published your comment - now save yourself some aggravations and don't come back to my blog. It will make two people happy - you and me!


IN those days we use to hear "melayu pergi mampus",cina pergi mampus" or any racist remarks/But nowaday I prefer to shout "UMNO pergi mampus"
Posted by STEADYAKU47 at Saturday, October 09, 2010