Are there so many stupid people running around in our nation that nothing can be done to stop BN from losing power?

Let us start by remembering the words of the long departed Mark Twain who said:

Taking Mark Twain's advice I am not going to argue if Umno deserves another term in government. If we should burn the Bible.  Or should the Pendatangs (which for some people includes the Chinese, the Indians and the Malays) be given a one way ticket back to where they came from. All this would be an exercises in futility but do you not wonder why stupid people (of which there are many around you!) do stupid things?


If Mark Twain, being long dead, is not someone you would want to listen to because you are one of those people who do not mind a dead man walking but draw the line at listening to dead man talking, then why not listen to what John Cleese has to say on stupidity. He is alive and well. Listen to his take on stupidity.

Stupidity can be medically assessed! You can legitimately diagnosed someone as being stupid! Yes you can and I kid you not! I know there will be some of you who are already beggining to put together a list in your head of politicians, public figures, friends and even loved ones that you think should be "medically assessed" to see if they are stupid. Aisehman please don't put the cart before the horse.....steady lah.....YOU might be the one on some one's list!

Now back to stupidity. Remember Charlie Brown trying to kick the football while Lucy is holding it? 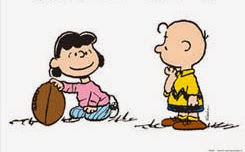 Is Charlie Brown being stupid or is he too trusting of Lucy?

What Charlie Brown is hoping for is that eventually Lucy will not pull the ball away at the last minute and let him to actually kick the ball.  This is called the "Charlie Brown Effect" - also known as the "False Hope Effect".

"The shear hope that someday Charlie Brown may actually get to kick the football, and that event will be so glorious it will wipe away all the failed attempts in the past that keeps him trying to kick the ball held by Lucy"

The "Charlie Brown Effect" is alive and well in Malaysia!

Don't Malaysian voters keep voting for the same corrupt and arrogant politicians to be their  elected representatives year in and year out?

Hence me saying that the "Charlie Brown Effect" is alive and well in Malaysia.

With BN these voters are willing to attempt number 14th "at kicking the ball being held by Lucy"....and guess what will happen then?

Some of you will have your thoughts on this "Charlie Brown Effect" phenomena amongst Malaysian voters. Some will agree some will disagree and them there are some who will go.....hhmmmmmm? 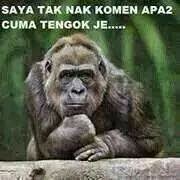 For me this trend is worrying. Are there that many stupid voters in Malaysia who will continue to vote for BN in the belief that sooner or later BN will stop the corruption, the deceit and the arrogance that have been the hall mark of their half a century in power? Are there so many stupid people running around in our nation that nothing can be done to stop BN from losing power?

Who in their right mind will vote for this guy?


And what government in their right mind will tolerate having idiots like the one below running around posing for every photo opportunity....scoring one even with that ex PM of ours! 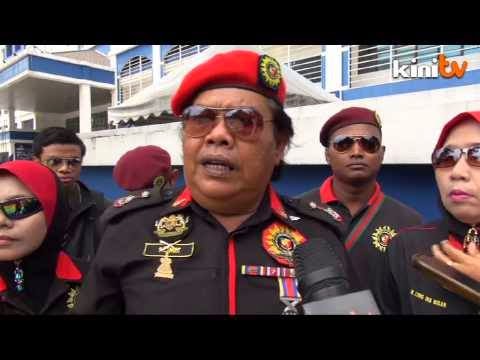 Malaysians tend to underestimate the damage that stupid individuals do. Look around you and please wake up and tell yourself to reboot your brains. We can only blame ourselves for the state of our nation today. We get the government that we deserves, the politicians that we deserve and of course, the PM that we deserve. Just look at Najib Razak and you will have to ask yourself "What have I done to deserve a PM like him?"

The condition of democratic Malaysia is critical.

Is reform coming. Or is there no need for reform? Can the young bring change? Do the voice of the Rakyat count? Have we lost trust in the voting process? Is our parliament only about big business and vested interest?

Yes we are all more well informed , more engaged even without joining a political party but is our digital engagement through the Internet enough?

This government has destroy our trust in public institution. Most of our problems are not political but this BN government makes it so.

The job of politicians is being of service to the people but what is happening in parliament today is not relevant to me and to many of the rakyat in Malaysia.

Get out of this "Charlie Brown Effect" before we become another on of those Tin Pot Alley African country ruled by the likes of Idi Amin, Mobutu Sese Seko and Mugabe....though many of you would say that we are already there amongst the worse of nations governed by despots who are literally squeezing our economy into their own pockets or pockets of their cronies and peers.

Before they squashed all opposition into oblivion, shut down all independent media, rigged more elections and bring about more enactments and legislation's to solve the "problems of democracy" in Malaysia, make everything that generates revenue for themselves and their cronies a "state secret", and once again bring in draconian laws to squelch any opposition activity and democracy...should we not do something to rid ourselves of these tin-pot despot with no vision, no agenda save that of keeping themselves in power? And if I have to answer this last question myself...then what hope does this country of ours have to see out the next general election with any chance for a real change?