The saving that needs to be done is to save the Malays from leaders – Malays and Non-Malays - who are corrupt, arrogant and who are adamant that race and religion gives them the right to profit from public office!


Who and what do the Malays need saving from? Why do PAS and UMNO need to unite to save the Malays from a fate worse than death? That of being consigned to the sidelines in their own country should DAP and PKR take Putrajaya!

Is this about saving the Malays or is this about saving a bunch of politically challenged cowards who happened to be Malays who have become insanely rich from the profits of holding on to public office on the pretext of saving the Malays from the supposed threat of being overwhelmed by the non-Malays  - specifically the Chinese – who, they tell us, are hell bent on not only taking over this Malay nation but also destroying Islam.

And who are the Malays we are saving? Here are some of them!

The good doctor whose children have become insanely wealthy from the profits of businesses that rides on the advantages of Ketuanan Melayu and contracts and business opportunities given out by the very government their father was once head of. 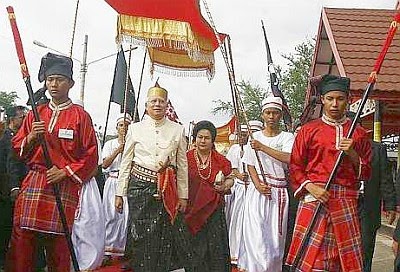 A pathetic Malay politician incapable of understanding that when you are in public office your duty is to serve the nation not run it to the ground by buying your way through a general election. He is also cursed by having at his side the most vilified spouse this nation has ever known.

The so-called loyal deputy to Pak Lah who stabbed Pak Lah in the back as soon as Pak Lah’s back was turned?

A despicable politicians whose loyalty, like the  dog that he is, lies with the one who feeds him. And now he thinks himself big enough to feed himself and wants the highest office in the land to enable him to do just that!

Like Najib his father has always been his crutch in public office.

Attorney General : A whore of a public servant whose loyalty to his political masters is only challenged when his personal interest has also to be served.

Nazri Aziz – huh! A “berani mati” Malay politicians whose “use by date” has already expired but he has refused to go away quietly.

Isa Samad – convicted of corruption but still given carte blanc opportunities to defile one of tour nation’s greatest government owned conglomerates _ FELDA – with the tacit support and encouragement of this corrupt Umno led BN government.

A pedophile who deserves only our contempt for his ability to worm his way back into the top echelon on Umno political leaders for the simple reason that Umno “still has needs for leaders of his calibre” – really a pedophile?

Taib Mahmud – we will probably never see the likes of this man again in politics simply because he has stripped his own state of anything worth taking  - taking it for himself! No richer a politician will we ever see again who will be able to walk away from the profit of political office like Taib did.

Tengku Adnan – rich beyond what he deserves to be and trying to climb the social ladder through his alleged link to the Tengku’s. What a despicable man!

And the list goes on….a veritable list of despicable crooks, liars and swindlers who have all profited handsomely from public office and whose wealth are dependent on Umno holding political power in Malaysia.

Yes these are the people that we Malays are savings. Not the Malays!

And since when has the threat of being consigned to the sidelines in their own country threaten the Malays?

Or was it more recent?

Since the 13th general election when Pakatan Rakyat won the popular vote over Barisan Nasional?

Was it not after the 13th general election that the fear of the Malays being consigned to the sidelines started to take root in the consciousness of Malay leaders? To be exact Malay leaders from Umno?

Or if you want to be honest about it…was it not after the 13th general election that the fear of Umno being consigned to the sidelines really started to take root in the consciousness of Umno Malay leaders?

For the first time since Merdeka the possibility of Umno losing political power was no longer a mirage but something that was already a reality with the majority of Malaysians giving their votes to Pakatan Rakayat! And that reality now has every Malay whose fate rests squarely upon Umno’s shoulders jumping around like a chicken on a hot tin roof spouting idiotic warnings of a coming Armageddon should DAP and PKR are ever victorious in the 14th coming general election.

This week as other idiots have done before him, a former chief justice who is also a Tun mischeviously painted that scenario vividly at a massive gathering of Malay rights groups. And many others are enthusiastically drumming up (pukul chanang) the rank and file within Umno, Pas and the Malay mass into hysteria quite like the lead up to an event that has all the trappings of what has already happened in South Africa, Hitler’s Germany and in many parts of the world where race and religion has been used to determine the future of politicians.

And these people fear no retributions for there will not be any….unless Umno loses political power.

The political opponents to Umno no longer disappear as they use to when the ISA and other unspeakable “weapons” were at the disposal of the all conquering Barisan Nasional because today there are enough Malaysians who will no longer be silent in their fight against Umno’s attempt to stifle opposition to their rule.

We do not need to be saved from anything. Look around you and you will see that we already have all that we need to ensure “tak kan Melayu hilang di dunia!”.

We are the dominant racial entity now and in the foreseeable future simply because our numbers will never be eclipsed by the other race. Numbers alone will ensure that nothing and no one will be able to dominate or eliminate us from this nation. So

The saving that needs to be done is to save the Malays from leaders – Malays and Non-Malays  - who are corrupt, arrogant and who are adamant that race and religion gives them the right to profit from public office! And of these leaders many can be found in the corridors of power in Putrajaya and many more still are littered amongst the little Napoleons who passes themselves off as politicians! They are the real danger to the Malays.....and sadly many of them are Malays themselves.

And as for the good former chief justice, Hamid Omar....as I like to remind you all....with age comes wisdom, but at times age comes alone. This seems to be the case with this fellow. 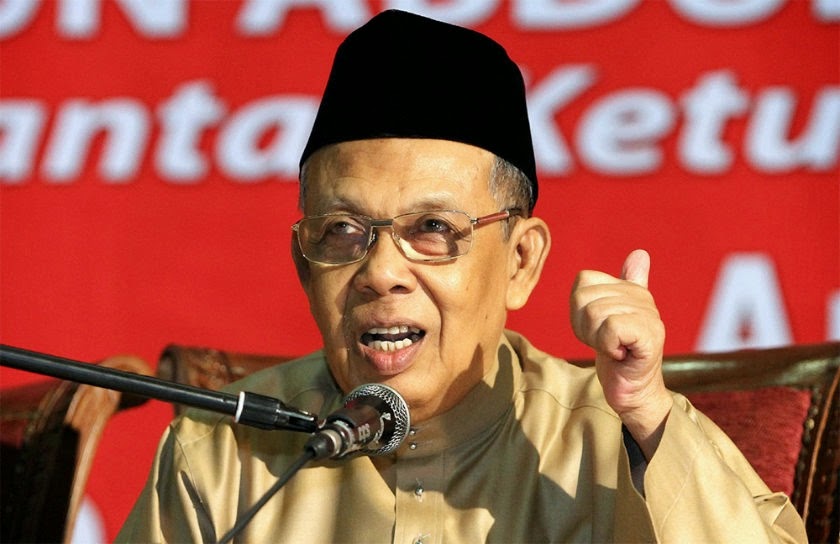