CHANNEL TRAGEDY 'ONE MILE FROM END 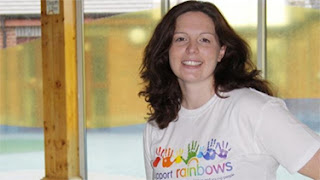 A British woman who died while attempting to swim the English Channel for charity collapsed less than 2km from the French coast.
Susan Taylor, 34, was swimming under the guidance of the Channel Swimming Association, which officially authorises attempts, when she got into difficulty at about on Sunday afternoon.
She was pulled from the water and on to a support boat by her brother David, a paramedic, who battled to save her life before she was taken to hospital in nearby Boulogne-sur-Mer, where she was later pronounced dead.
Supporters who were following Taylor's progress through a tracker link on her Facebook page began to leave concerned messages when the updates stopped and the boat appeared to travel off course.
One message said: "Any news Susan Taylor? Can't seem to get any track since 6.30?"
Another read: "Really hope your ok susan, everyone is thinking about you and hoping your safe!! please let us no somebody (sic)."
As news of her death emerged, donations to her Virgin Money Giving fundraising page, where she said she was taking on a challenge "tougher than Everest", reached more than STG13,000 ($A21,800).
Speaking from the family home in Leicestershire, Arthur Wright, Taylor's father, revealed that his son had battled to save her life and that her husband Stephen was also on the boat.
He said: "David was with her and he was the paramedic, he tried to help.
"He pulled her on to the boat."
Taylor was no stranger to the Channel having swum it last year as part of a relay team, according to the Leicester Mercury.
Before her solo attempt she told the newspaper that her training had been delayed a little by a shoulder injury and that she had put herself "through hell" training over the last year.
Posted by STEADYAKU47 at Tuesday, July 16, 2013