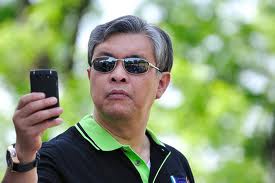 UMNO seems to have a never-ending supply of idiots and village buffoons that somehow manages to find their way through the Malaysian Cabinet revolving door and take their seat at the pleasure of the Prime Minister of the day. MIC have had their buffoon and so has MCA but all things considered, UMNO takes the cake! Consider their latest find – that rare and almost confident idiot that Shakespeare describes as “The fool doth think he is wise, but the wise man knows himself to be a fool”….none other than that Rumah Minister, Ahmad Zahid Hamidi.

Just a couple of months into the job and he already has a large following….those who follow him with a morbid curiosity of trying to figure out if this is UMNO’s Forest Gump! Forrest Gump teaches Elvis to dance without really trying and this Mat Zahid too has become our preferred buffoon in Parliament without really trying. He is a natural at being stupid, idiotic and moronic all at the same time. If you want to quibble over which comes first then I say moronic over idiotic and then comes stupid.

Today he wants the Police to come down hard on the Red Bean Army! OK Mat to help you out DAP has kindly provided me with these images of the  generals within the Red Bean Army! You will have to figure out for yourself who is the four star general and who is not...and when you do let us know because the Red Bean Army too are confused by the overwhelming rush by many to join their ranks! Maklum lah with a purported budget of RM$100 million there are also some UMNO fellers trying to join! 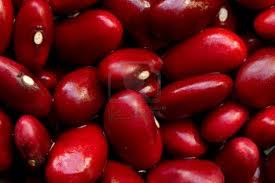 Now Mat you tell us that the Police will use the Communication and Multimedia Act 1998, the Penis Code (ooppss that should be the Penal Code!) and face book to counter the Red Bean Army who have defame the men in blue through the Internet. Mat why don't you do what I do when I find something on the Internet that is offensive to me. I just click it away. One click and they are gone! No need to use the Rakyat money fighting these despicable Beans unless you want to charge the Rakyat for every time you click the Red Bean Army! I do it for free...but if you want to pay anyone to do it for King, Country and the Boys in Blue, why not pay me!

I have met this Mat guy at Bangsar Village a number of times and like Jerry Lewis he looks okay with his mouth shut. But Jerry is a Comic Genius, you Mat, is a Comic....kelakar lah ! Full stop! 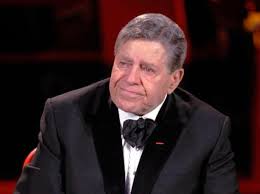 Come on lah Mat the Communication and Multimedia Ministry has admitted it did not know the identity of the Red Bean Army but "we are told they receive funding from that side (the opposition) so says the deputy minister Jailani Johari. If I believe everything I have been told the village idiot at Batang Berjuntai will have to make way for me  - ditto for the Parliament Idiot (Nazri Aziz) making way for Jailani Johari!

Mat you are a Minister! Angkat sikit standard engkau ka tahap yang tinggi sikit....just above imbecile if you can make it. Or else languish where you are now - at the village idiot level - and use that Penis Code to amuse yourself.