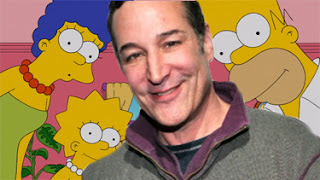 Sam Simon, the co-creator of "The Simpsons" who was recently diagnosed with terminal colon cancer, has decided to leave his entire fortune to charity, according to the Hollywood Reporter.
The 58-year-old nine-time Emmy winner, who has no wife or children, is no stranger to philanthropy. His Sam Simon Foundation provides meals for families experiencing economic hardship and rescues dogs from shelters where they are at risk of euthanasia. Over the years, Simon has made considerable donations to groups such as PETA and Save the Children.
When asked about his fortune, Simon told the Hollywood Reporter that he doesn’t know the full extent of his wealth but continues to earn “tens of millions” in royalties from "The Simpsons" every year.
“The truth is, I have more money than I’m interested in spending,” he said. “Everyone in my family is taken care of. And I enjoy this.”
While Simon’s doctors say he has only a few months to live, the limited time appears to have sharpened his philanthropic focus. Simon told the Hollywood Reporter that he won’t contribute to charities that don’t — in his opinion — produce enough results.
“One of the things about animal rights, which is not the only thing that I care about in this world, is that your money can bring success,” he said. “I see results. There is stuff happening, really good stuff, every week. I'm not sure you get that with a lot of disease charities.”
In addition to charity, Simon continues to work in television, spending a half-day per week with the writing team of FX’s "Anger Management" series.
Posted by STEADYAKU47 at Saturday, July 27, 2013