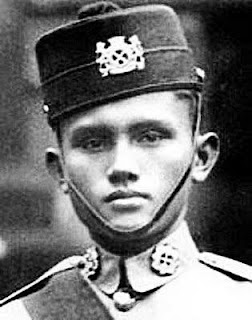 A week ago, to the hour, I remember we were preparing to go into battle against the might of one who had on his side, a very large army, very deep pockets and the arrogance of a Cock who thought the Sun have risen to see him crow. Today that man awaits purgatory. His army is vanquished  his deep pockets is being looked into by the powers that to be to see from where those pockets were filled with the billions it had and the arrogance of the Cock is now a thing of the past.

So I asked myself, Hussein....is the battle won?

What have we fought for? Sans rhetorics, sans the rage within ourselves and sans the chest beating of politicians who now seek the spoils of politics, let me try to answer that short and sweet...THE RULE OF LAW.

(1) that the people (including, one should add, the government) should be ruled by the law and obey it and

(2) that the law should be such that people will be able (and, one should add, willing) to be guided by it.”

If, as Tun Dr Mahathir has insisted, the rule of law is to prevail. If everyone is to be equal in the eyes of the judiciary...I hope to God that those who are deserving of a pardon for whatever reason, will have their pardon granted within the week that Anwar Ibrahin's pardon has been granted. Not doing so would be a travesty of what has been promised by this PH government. A promise broken in so short a time does auger ill for what may come from this PH government.

That is a sobering thought for me this morning when so much is expected of Tun Mahthir and the PH government he now leads. So in all the euphoria of Anwar's release...ask yourself this...where do we go from here?