Which Country but Malaysia?


I can do nothing more then to put this  onto steadyaku47 so that more of us can also share in this article: Thanks Din.

Read and Decide for our Country’s Future

READ and DECIDE for our Country’s Future

I received this via e-mail from a Malayisian friend who is residing in the Land of the Free (USofA). He told me that he is sick to his inner core about our politics and feels very frustrated with the current administration and its so-called transformation agenda. “It is not transformation. It is retrogression, back to the Age of Ignorance and Barbarism”, he says.
I thought, I should  share this with you. I am also very sick knowing that law and order has broken down and the Police and other agencies are part of the ruling kleptocracy.–Din Merican 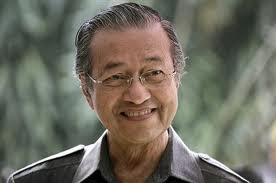 Which country has the NEP but sees many Malays denied of opportunities because they belong to the wrong political party?
Which country sees the non-Malays discriminated against and deprived of the constitutional rights  while the corrupt take the lion’s share of their prosperity?
Which country makes a car and sells it at a higher price in the country but charges less for it in other countries? 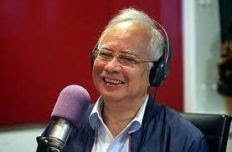 Which country but Malaysia!

Many Malaysians and I have had enough. I can go on and on forever but I don’t want the UMNO-Barisan political coalition to govern our country and lead us to extinction while their sons and daughters party and drive around in Lamborghini and Ferrari cars while the majority of us live in poverty.
The Prime Minister Najib Abdul Razak and Mamak Mahathir are masters of hypocrisy and their deeds expose their forked-tongues, because they say one thing and do something else, and they are able to trick the blind and impressionable who they know how to keep in check with money and illiteracy but not with intelligence, whether they are Malays, Indian, Chinese, Sarawakians or Sabahans.
What happened to Anwar Ibrahim, Teoh Beng Hock, Ahmad Sarbani, and Kugan and many innocent Malaysians can happen to anybody when you have morally depraved politicians in power.
Whatever your status in the country, whatever your race, whatever your religion, your enemy is the one who is turning your country into a disaster zone and the sooner you vote those crooks out of power the sooner you can save your nation and get something better.
No one can do worse than what has been done to Malaysia. Only those who are on the BN’s political payroll or get the kickbacks will disagree when there is the mounting evidence of corruption and abuses of power. The Umno-MCA-MIC and their Sarawak and Sarawak cronies have sold out their people and traded their interests for their own selfish power and positions.
I am not a member of the Opposition, just a citizen sick of the situation and only a fool will want the same government. If I can, I will vote for change of government for the sake of the nation.
Posted by STEADYAKU47 at Sunday, May 27, 2012