Daulat Tuanku? I think not.... 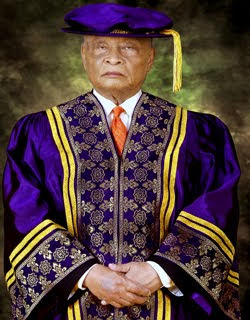 The list is endless. I would suggest that Sultan Ahmad thinks carefully before he again goes in to bat for Barisan Nasional as he did a few days back. Barisan Nasional is being watched so closley for any deviation from its oft promise ‘transparency in government’ that I do not see Najib or the Mentri Besar of Pahang pandering to the wished of the Sultan who is saying"Please Sir can I have some more” ala Oliver Twist.

All his PR effort to date can possibly impress some of his Rakyat in Pahang  - but these are not the people that will give him the ‘business opportunities’ that he desperately needs to keep his body and soul together. He will either have to curtail his ‘wish list’ for more hand outs from Najib or, more realistically, find another non existent Shazan Tower to sell to get the money he needs to fund his lifestyle. Meanwhile this Sultan can continue with his visits to his Rakyats who are victims of floods, lanslide or who are in need of a few hundred ringgits to help them tide out their financial difficulties. These are matters within the ability of the Sultan to do. Nothing more and nothing less should be attempted by the Sultan so as to conserve whatever funds he still has left – if he has any left at all. Daulat Tuanku!